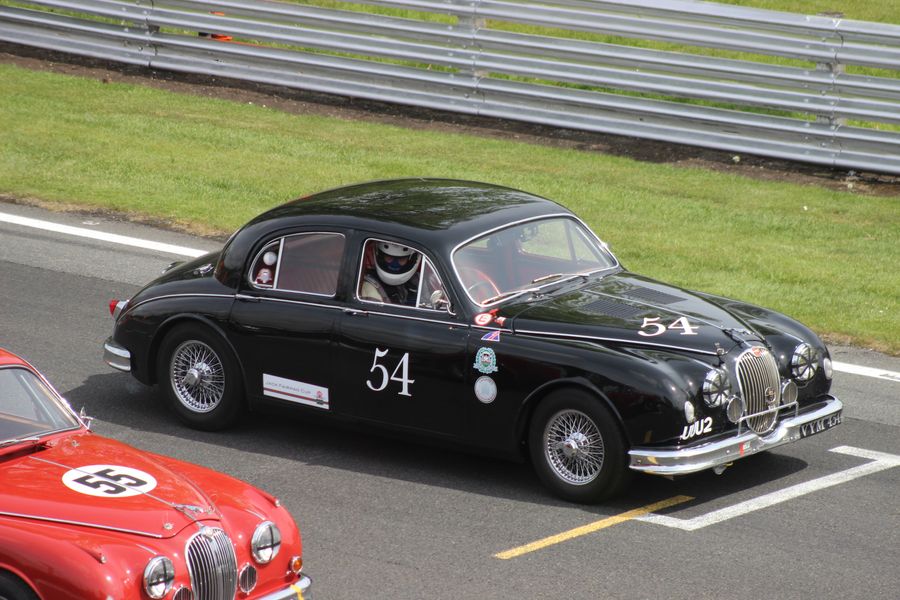 This weekend (Saturday, 6th July) AMOC Racing will be descending on Oulton Park with an exciting programme of classic and modern GT racing for their third event of the season.

The AMOC Intermarque Championship will feature as one of the highlight races of the day. At Donington Park it was James Neal and Ryan Hooker who took the race honours in James’ 964, heading home fellow Porsche runner, the penalty-hit Tim Bates. At Brands Hatch, Porsche team captain Rob Hollyman was back and put in a great drive in tricky conditions to head home the Intermarque cars and claim second overall, but this weekend he is scheduled to drive the Jura sportscar that qualified but didn’t race in the series at Donington Park last season.

Gavin Dunn was first of the BMWs home at Brands Hatch last time out, and this weekend he will be backed up by last year’s leading BMW driver Laurence Squires.

The Aston Martin team offers some variety, with Martin Melling racing his classic 1959 DB4 Lightweight, while Rikki Cann has his mighty 1980 V8 Vantage on show.

For classic enthusiasts the Jack Fairman Cup offers a superb array of historic sportscars from 1950s right up to 1966. Featuring mid-50s Austin-Healey through to the end of the decade with Morgan, MGA and a diminutive Sprite - all from 1959.

The Jaguar Enthusiasts Club have become a key part of the Jack Fairman races recently and supply a mix of XK models from the 1950s and the MK1 and 2 saloons under the Mike Hawthorn Trophy banner. The later cars are out this weekend in the hands of Chris Keith-Lucas, second XK150 home at Brands Hatch last time out, Rick Willmott, Marc Gordon and Rob Pinchbeck.

The 1960s saloons that form the Mike Hawthorn field have been in the thick of the action this season, with John Young’s MK1 fourth in the Donington Park season-opener and third at Brands Hatch. Nigel Webb was a top ten finisher at Brands in his similar 3.4 litre car, while the first of the later MK2s home in that race was the 1962 car of Derek Pearce.

The Innes Ireland Trophy cars are the most modern on this grid and once again provide variety, with Gordon Elwell’s potent Austin-Healey Sebring Sprite putting its 1380cc up against the cars such as the bigger-engined TR4 of John Andon. The class represents a classic era of British sportscars, with popular models such as Henry Rice’s MGB on track.

There is also AMOC’s popular Pre-War Team Challenge, a handicap race for classic cars that is guaranteed to provide great overtaking action!

This Weekend: Oulton Park and Dijon-Prenois