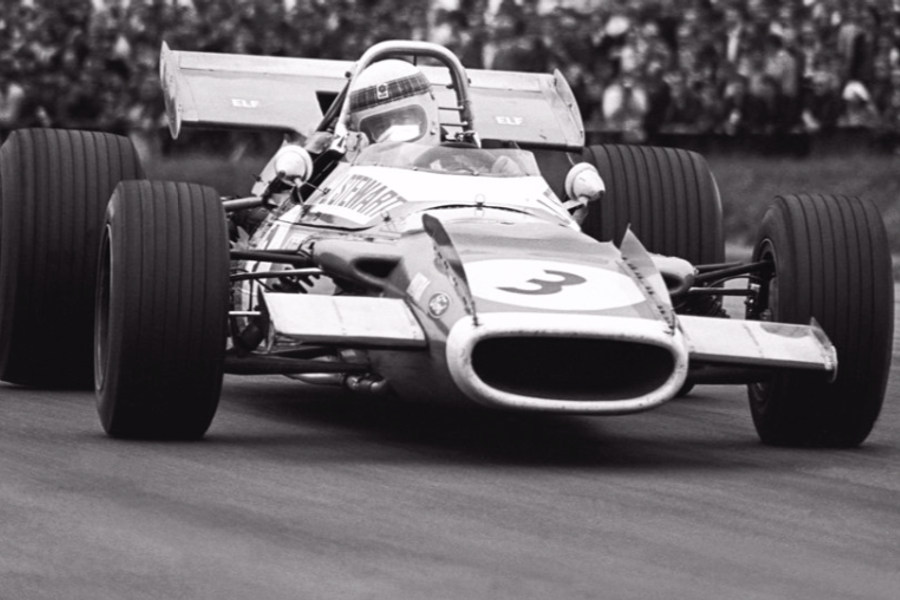 ompanies in the UK have to register with Companies House, a government body which regulates all limited liability organisations. Companies can, and do, change their name, but the registered number always stays the same. However company 00787446 Mercedes Benz Grand Prix Ltd has a history which lifts the lid on Formula One racing for the last six decades.

00787446 was first registered on 9th January 1964 as Tyrrell Racing Organisation. This company formation pre-dates "Uncle Ken's" first foray into F! by six years but saw the Surrey based team field a Cooper T72 F3 car for a young chap called Jackie Stewart. Ken and his wife Norah were directors (who knew that his real first name was Robert?) with son Bob also joining the board, as did designer Harvey Postlethwaite for a time. Having been hugely successful with both the Matra (pictured above) and March marques, it was working as a constructor in his own right which brought the most success. However by the mid-nineties the writing was on the wall as F1 budgets continued to rise and the family team run out of the timber yard in Ockham found it harder and harder to compete.

Directors during this time included Nick Fry, Rick Gorne, Adrian Reynard David Richards and the instigator of the buyout, Craig Pollock. That first season was pretty disastrous, the Supertec engines (which were simply re-badged power units originally designed by Renault) were unreliable and the team scored no points. The team continued to grow in stature from the bottom of the pile and Pollock's ousting from the team saw David Richards take over as principal. It was under this regime that Jenson Button joined the team; a decision which would have long term consequences.

In January 2005 the company had another short-term change of name to BARGP Ltd for two weeks! It then became BAR Honda GP Ltd for the next twelve months until January 2006, when ownership changed again and 00787446 became Honda GP Ltd from January 2006 until March 2009. The reputation of Honda was not enhanced by a difficult season and at the beginning of 2009 season the brilliant 'trick' car, which had been developed over the previous 12 months as a Honda, burst onto the scene as the Mercedes-powered double diffuser car.

The story of Honda handing the reins (and the ownership) of their ill-starred return to Grand Prix racing to their team principal Ross Brawn is well known, with Ross fiscally benefiting from the upcoming change in ownership a year later. Brawn GP won the World Championship that year, the first time that the company had won a title since Jackie Stewart won for Tyrrell in 1973!

Having changed the name, in March 2009 to Brawn GP Ltd, the name change was short lived because Mercedes Benz Grand Prix Ltd took over the reins on 15th January 2010, and continues to this day.

Directors during these times of change and up to the present day include Niki Lauda, Norbert Haug, Paddy Lowe, and Satoru Nakajima, whilst the present board is made up of Shaila Ann Rao Sadoun, Rene Berger, Markus Schafer, Britta Seger, Frank Weber and Toto Wolff.

Motorsport archaeology can be fascinating and doesn't need to be just about old circuits!

Podcast: Marcus and the Team Meet the HRDC's Julius Thurgood