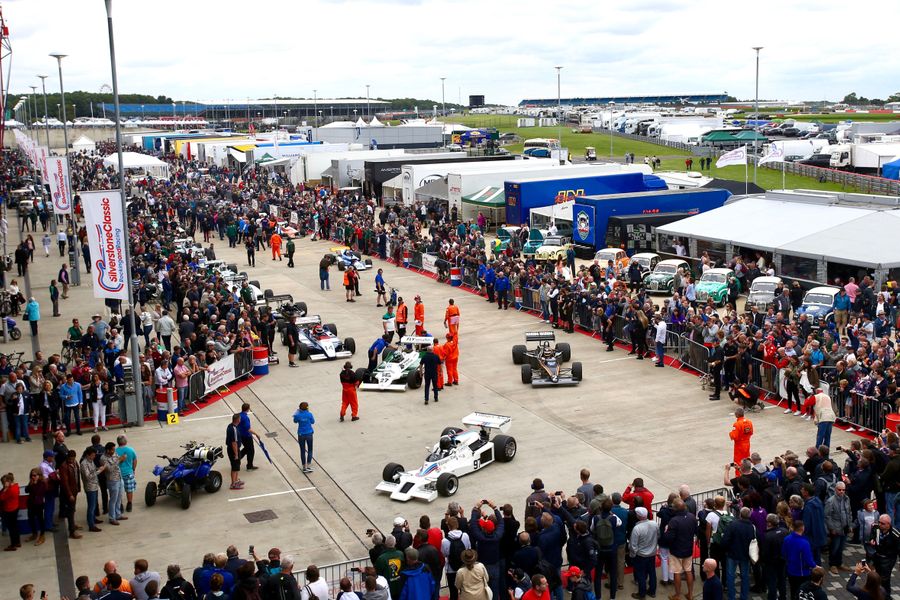 The Silverstone Classic has announced that Alzheimer’s Research UK has been appointed as the Official Charity Partner to the world’s biggest classic motor racing festival for the next three years.

All funds raised by the charity at this summer’s Classic will go directly to Race Against Dementia Fellowships, which are administered by Alzheimer’s Research UK. This Fellowship scheme was founded by racing legend Sir Jackie Stewart to support early career scientists in their pursuit of innovative solutions to the big questions in dementia research. Alzheimer’s Research UK is the country’s leading charity specialising in finding preventions, treatments and a cure for dementia.

Affecting 850,000 people – and more than 50 million around the globe – dementia is the UK’s biggest killer and, of the major causes of UK deaths, is the only condition for which numbers are still rising.

Activities planned by Alzheimer’s Research UK and Race Against Dementia at the next three Classics will be focused around raising awareness of dementia, raising funds to support vital research and encouraging more volunteers to get involved with supporting the charity.

The well-respected Scot, Sir Jackie Stewart, will also be attending the 2019 Classic to mark the 50th anniversary of the first of his three World Championship titles and the first of his two stirring British Grand Prix victories in 1969 and 1971, both of which came at Silverstone.

Stewart, who turns 80 in June, set up the Fellowship scheme last year after his wife, Lady Helen Stewart, was diagnosed with frontotemporal dementia, believing the application of Formula 1 technology and philosophies could produce earlier solutions.

Reflecting on the partnership with Silverstone Classic, Sir Jackie said: “Race Against Dementia is very grateful and proud to be working with Alzheimer’s Research UK at one of Britain’s most important motor racing events, with some of the finest cars of past years. Silverstone is Britain’s most prestigious motorsport circuit and it is a great privilege for me to have won at Silverstone in several different categories of the sport and to celebrate those victories at this Classic event.

“I must thank all the very laudable organisations which tendered some very compelling submissions to be associated with our world class event,” said Nick Wigley, Silverstone Classic CEO. “It was far from an easy decision to make but, after much deliberation, we felt that – as we all grow older – so the urgent need to find cures for dementia becomes more critical. The vital work being undertaken by Alzheimer’s Research UK and Race Against Dementia is very important and we wholeheartedly support Sir Jackie in finding much-needed solutions to this growing issue.”

Hilary Evans, Chief Executive of Alzheimer's Research UK, is confident that the new partnership with one of the country’s premier automotive festivals will deliver significant results. She said: “We’re incredibly grateful to be partnering with the Silverstone Classic. This is an unprecedented opportunity to raise vital funds for life-changing dementia research, while also raising much-needed awareness of the condition.

“Almost one million people in the UK are living with dementia, yet there are currently no treatments to slow, stop or prevent the diseases, like Alzheimer’s, that cause it. But through research, we can change that. Partnering with the Silverstone Classic gives us a fantastic opportunity to work with an industry celebrated for innovation and finding solutions. And this is the approach we need to take to overcome dementia and transform lives. We’re excited to see what we achieve together.”

Visitors to the 2019 Classic will get their first opportunity to donate to Alzheimer's Research UK when buying their tickets online or, alternatively, by using a dedicated fundraising link: http://support.alzheimersresearchuk.org/event/silverstone-classic.

Those buying their tickets before the end of March can also take advantage of an Early Bird initiative offering significant savings.