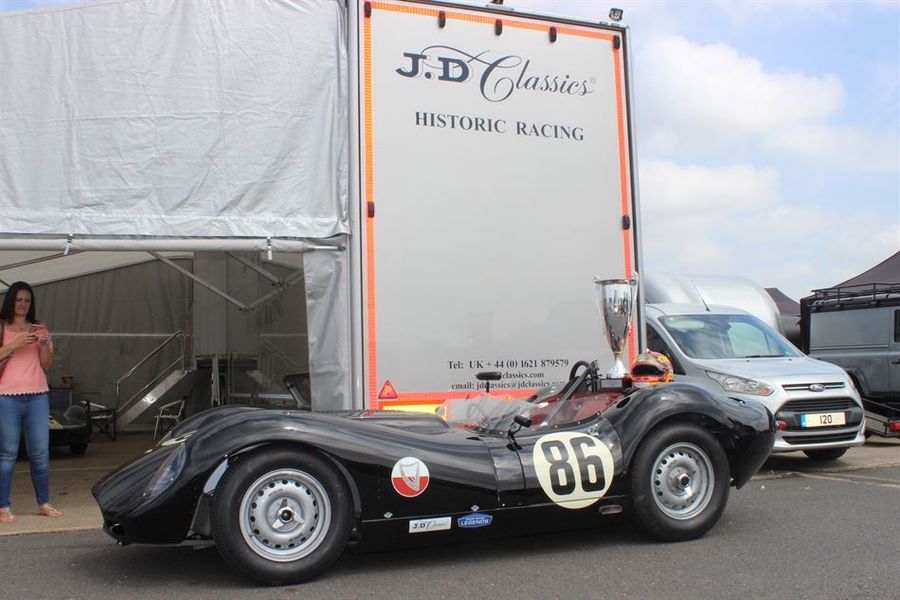 Well known classic car retailer and motorsport supporter JD Classics is in a ‘race to find funding in the next few days’ after a court ruled against the company and its founder Derek Hood.
In a judgment handed down in April, ‎Mr Hood was found to have engaged in "deliberate and dishonest conduct" in his dealings with Mr Mike Tuke, for whom the company acquired cars for his investment portfolio.
Sky News reports that the company, which has also supported the Goodwood Revival and Le Mans Classic, has been put up for sale in recent weeks.
JD was sold two years ago to a consortium led by Charme Capital Partners, a private equity firm based in London, Milan and Madrid.  Advisers at Alvarez & Marsal (A&M)‎, who are said to have been brought in by Lloyds Banking Group, JD's main provider of bank finance, have asked prospective buyers to table final bids next Tuesday.  Lloyds is understood to be facing a loss of as much as £25m on its exposure to the company‎, according to one insider.
Sky News stated “whilst an investigation into these matters is ongoing, a new management team is now in place and the individuals associated with these irregularities are no longer working in the business."
Sources said on Friday that the privately owned company had been involved in various episodes of apparently fraudulent activity relating to the sale of cars to which it did not have titles.
A number of other legal claims are thought to be ongoing, while Mr Hood left JD several months ago.  It was unclear how or by whom the investigation referred to by the A&M document was being conducted.  Mr Hood was replaced by Jean-Marc Gales, the former chief executive of Lotus Group.
JD Classics recently announced that it would not be running any of its cars at the Goodwood Revival, although it will continue to offer race support to its customers.  The much-vaunted Goodwood debut of Jenson Button has been a casualty of these cuts.
Profit forecasts produced by A&M suggest that JD is likely to lose £3m this year but swing back into the black in 2020.