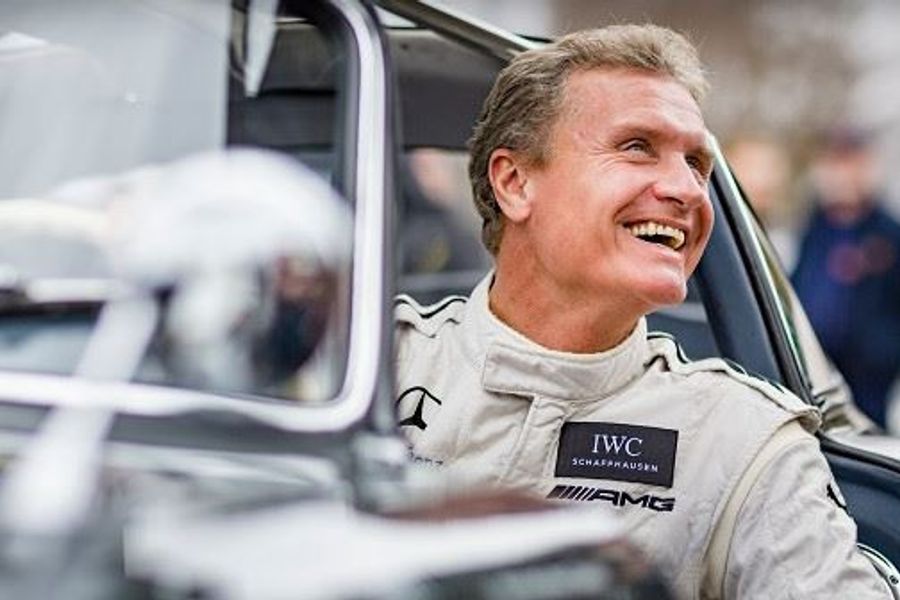 David Coulthard will make his Goodwood Members’ Meeting race debut across the weekend of March 17th-18th, as he steps behind the wheel of a Mercedes 300SL to launch the new IWC Schaffhausen Historic Racing Team, which will spearhead IWC Shaffhausen’s involvement in historic motorsport this season.

Fan favourite and former Grand Prix star David Coulthard will go wheel-to-wheel with Jaguar D-types, Lister-Jaguars and ‘Birdcage’ Maseratis on the hallowed Goodwood Track. Coulthard finished runner-up in the 2001 Formula One World Drivers’ Championship driving a Mercedes-powered McLaren. The former Williams, McLaren and Red Bull Racing driver has experience of the Goodwood circuit, having competed in an Austin A35 at the 2016 Revival Meeting in the St Mary’s Trophy.

IWC are in their fourth year as Official Timing Partner of Goodwood’s Members’ Meetings, in the last years creating such memorable moments as Mika Hakkinen and Jochen Mass driving the beautiful W196 ‘Silver Arrows’ in 2016 and David Coulthard driving his dream car, the Mercedes 300SL, in 2017.

In light of this partnership, IWC have chosen to launch its all-new Racing Team at the 76th Members’ Meeting. The car, and team, will be unveiled by IWC CEO Christoph Grainger-Herr on the Saturday morning, ahead of qualifying for the Salvadori Cup. Brand ambassador David Coulthard will be the first driver to race for the team, getting another chance to drive the Mercedes 300SL.

As well as Coulthard, IWC will be able to call on its strong relationships with the motorsport world, including the Mercedes Grand Prix team, and has an incredibly deep pool of talent at its disposal, including Jochen Mass, Carmen Jorda, Valtteri Bottas and reigning World Champion, Lewis Hamilton. Further dates in the race team’s calendar are yet-to-be announced.