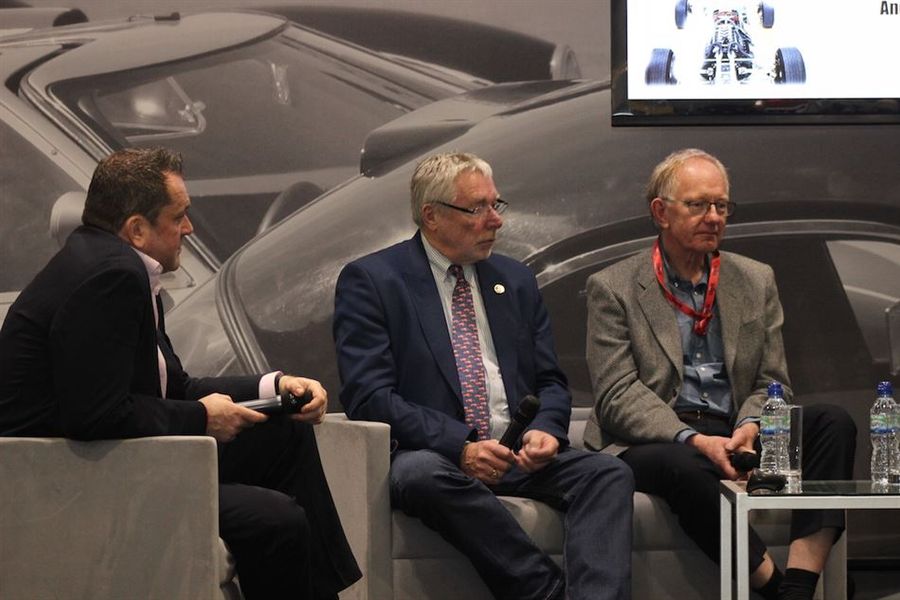 A feature of last year’s Historic Motorsport International were the interviews and panel discussions hosted by Henry Hope-Frost, and the line-up for this this year’s discussions looks equally exciting.

The opening Friday, 16th February, had a definite strong historic motorsport angle, with discussions on car originality, driving standards, and race preparation with individual seasons with Andrew Jordan, BTCC racer but also deeply involved in historic motorsport alongside father Mike, and Lawrence Whittaker from Lister. Panellist include names such as  FIA Historic Formula One driver Nick Padmore, preparer Rob Hall, and Alan Jones from the HSCC.

Saturday sees two sessions picking up the on the Getaway cars theme of the co-joined London Classic Cars Show featuring TV cop Philip ‘fire up the mighty Quattro’ Glenister, then discussions with car designer Frank Stephenson, Paul Brace, technical Director of Eagle cars (the E-Type re-imagineers, sadly, nothing to do with the late Dan Gurney) and a Q7A on classic cars with Quentin Wilson.

A highlight of Sunday, February 18th, will be the presence of Nigel Mansell MBE, the 1992 Formula One champion on stage for two session, at 11.45 and 16.45. Other sessions in the day include a look at the history of the ubiquitous Ford Transit, plus Vicki Butler-Henderson and the return of Quentin Wilson.

12.30 The Future of Historic Motorsport

14.00 The Life of a Race Preparer (with Andrew Jordan and Ted Higgins)