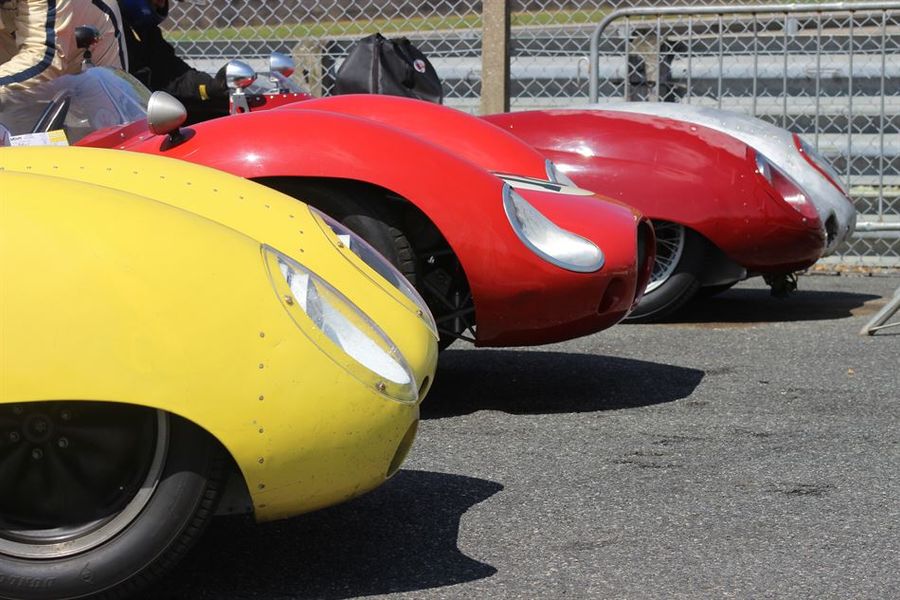 Click on the Video tab for footage from Brands Hatch
Motor Racing Legends' Stirling Moss Trophy is an invitation series for pre-1961 sportscars who race for the actual trophy Sir Stirling Moss was awarded for winning the British Grand Prix in 1955.
The class structure sees the cars split by engine capacity but also by breaking prowess, the disc-braked cars in each capacity range having their own classes.
Quickest in qualifying was the Lister Costing of Chris Ward (number 41 in the video), with the Lotus 15 of Michael Gans (31) second and the prototype Lola Mk1 Keith Ahlers and James Bellinger (29) third in the 16-car field.