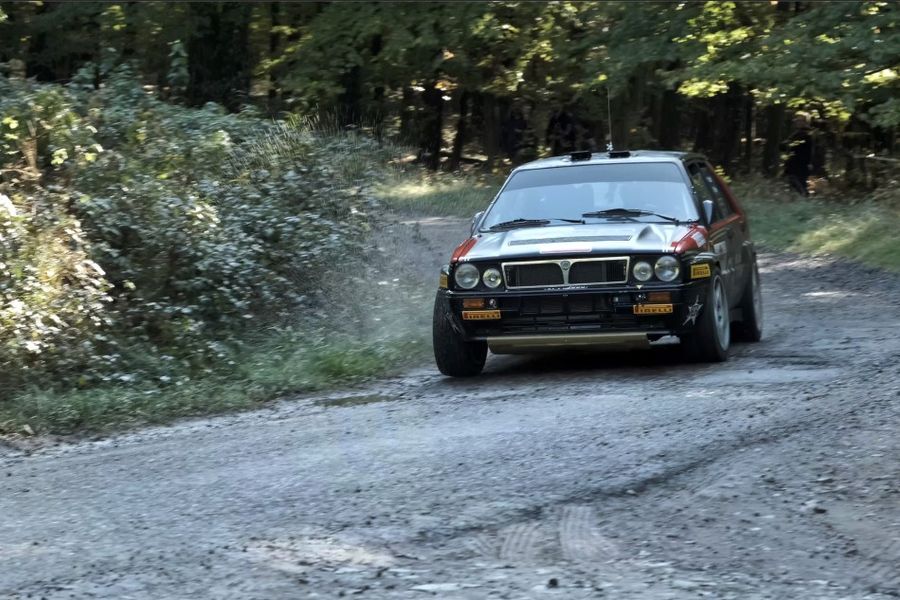 The Lancia Delta Integrale of ‘Lucky’ and Fabrizia Pons heads the field on the ninth and final round of the 2019 FIA European Historic Sporting Rally Championship, the Mecsek Rallye in Hungary. Conditions on the six stages were slippery after heavy rain, but with the sun shining and temperatures soaring, the competitors put on a great show on the first day of the Mecsek Rally.

The Category 4 Championship contenders finished the day 48 seconds ahead of the Porsche 911 of Category 3 leaders Karl Wagner and Gerda Zauner and 2m40s ahead of Category 4 title rivals Will Graham and Michael Johnston in their BMW M3 after the British crew clipped a log on stage two damaging the tracking and losing a lot of time to their Italian rivals.  Graham and Johnston finished the day third in Category 4, with the BMW M3 of Valter Jensen and Erik Pedersen in third overall and second in class, 52.8 seconds behind the leading Lancia.

Category 3 title race can be won by four contenders, with Wagner and Zauner holding the upperhand at the end of the opening day. The Audi Quattro of ‘Zippo’ and Denis Piceno finished the opening day in fifth overall, 58 seconds behind their Austrian rivals and 12.4 seconds ahead of the third placed Porsche 911 of Pentti Veikkanen and Timo Jaakkola.

Category 2 is led by the Porsche 911 of Anders and Ingrid Johnsen, the Swedish crew in fourth overall and 63 seconds ahead of the second placed car, the Porsche 911 Carerra RS of Paolo Pasutti and Giovanni Campeis. Laszlo and Edit Mekler are the third placed Category 2 competitors, the Hungarian couple in the no9 Alfa Romeo 1750 GTam in ninth overall and 1m22s behind Anders Johnsen’s leading Porsche.

Ernie Graham and Tim Sayer are the overnight leaders in the Category 1 battle in their Ford Escort Twin Cam, 2m08s ahead of the Ford Escort driven by James Potter and Karen Graham.  The third placed Category 1 competitor is the Volvo 122S of Finland’s Jari Hyarinen and Jarno Ala-Turkia, who finished the day in 14th overall and 31 seconds behind the second placed Ford.

Day two of the 2019 Mecsek Rallye will get underway 09h23 CET, with the first of the six Special Stages that will conclude the 2019 FIA European Historic Sporting Rally Championship.