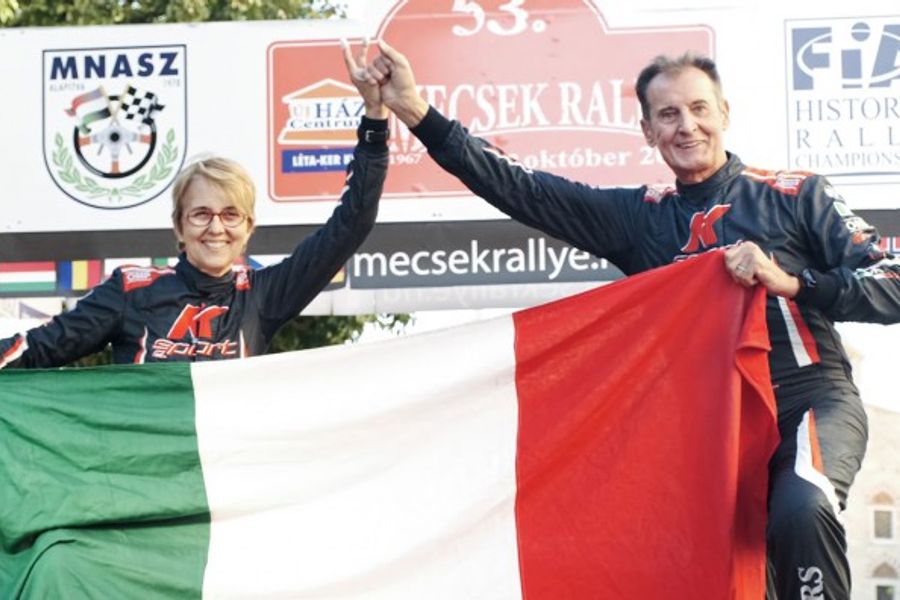 The Lancia Delta Integrale of ‘Lucky’ and Fabrizia Pons finished the second leg of the 53rd Mecsek Rallye in Hungary at the head of the leader board and crossed the finish line as 2019 FIA European Historic Sporting Rally Category 4 Champions.

The Italian crew finished 43 seconds ahead of the Category 3 Porsche 911 SC of Karl Wagner and Gerda Zauner at the end of the 12th and final stage of the event, the second placed Austrians taking the Category 3 title for the second time in a row. 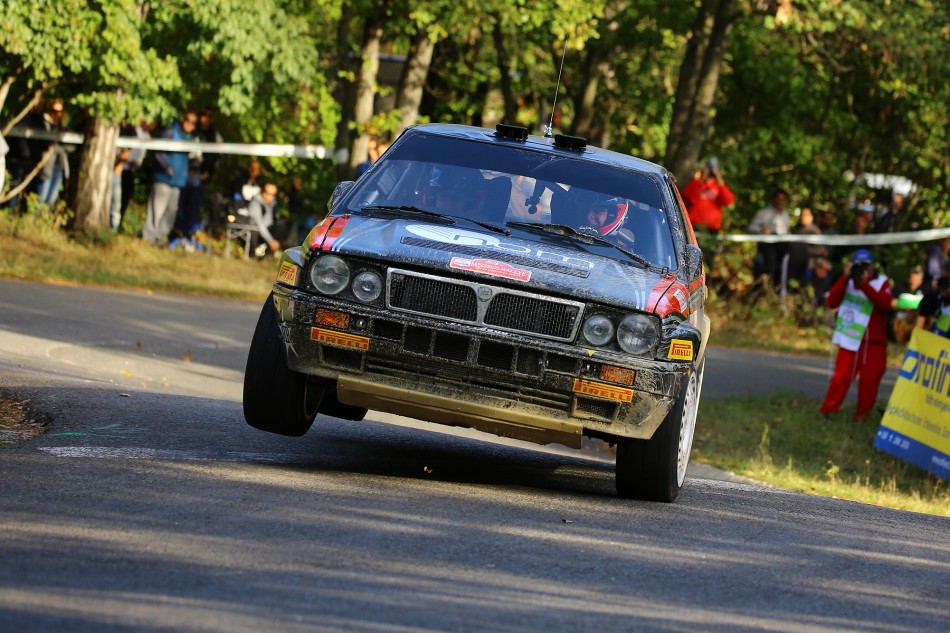 Will Graham and Michael Johnston, who had been Category 4 championship leaders going into the final round in the MW M3, retired on the eighth stage of the day with an alternator issue, and this put the BMW M3 of Valter Jensen and Erik Pedersen into second place in the category and third overall at the end of the day.

Karl Wagner had a couple of issues during the day, including a broken clutch cable, but the no3 Porsche came home at the head of the Category 3 field, over three minutes ahead of their nearest class rival, the Audi Quattro of ‘Zippo’ and Denis Piceno, with the Porsche 911 of Pentti Veikkanen and Timo Jaakkola in third 32 seconds behind the Audi.

The Category 2 title went the way of Anders and Ingrid Johnsen, the Swedes bringing the no5 Porsche 911 home in fourth overall and well ahead of the Alfa Romeo 1750GTam of Laszlo and Edit Mekler, with the Toyota Starlet of Esa Peltonen and Jyrki Saarto in third 43 seconds behind the Alfa Romeo.

The norsche 911 Carrera RS of Paolo Pasutti and Giovani Campeis had been lying in second place overnight but were given a five-minute penalty after the car was pushed through the time control at the start of the day when the engine failed to start (Stewards Decision no3).  The Italians came home in 10th overall and fourth in Category 2.

The Category 1 victory went to the Ford Escort Twin Cam of Ernie Graham and Tim Sayer. This was Graham’s third victory of the 2019 season and he finished just two points behind 2019 champion Antonio Parisi, the Italian already declared as the 2019 champion ahead of the final event in Hungary.

Second place in Category 1 went to the Ford Escort Twin Cam of James Potter and Karen Graham. Potter said after the rally that he hadn’t driven the car before this week and had never raced a lefthand drive car before. He finished 2m54s behind his Flexifly.co.uk teammate and 1m24s ahead of the third placed Volvo 122S of Jari Hyvarinen and Jarno Ala-Turkia.

The final title that was decided was for the FIA EHSRC team trophy and the 2019 champions are the Historic Rally Club Finland, the team ending up with 205 points, just one point ahead of Rododendri Historic Rally, with Flexifly.co.uk Rally Team on 200 points in third place.

Fabrizia Pons – no1 Lancia Delta Integrale – FIA EHSRC Category 4 Co-Driver Champion
“It has been a very difficult championship for us but in the last race we won, so we are very pleased. It was a difficult rally for sure, especially the stages following the modern cars, the conditions were unbelievable. But we are champions and we will celebrate this tonight with our team.”

Karl Wagner – no3 Porsche 911 SC – FIA EHSRC Category 3 Driver Champion
“Finally, we win the championship. On the first day it was very hard for us because on the first stage we hit the chicane, we were going a little bit too fast and the brakes didn’t work like I thought and from then on I was a little bit scared about this. But we then got faster and faster.  We had a few problems, a clutch cable broke today again, but we got the result today.

“The highlight of the season was definitely to win here. The downside was having a competitor who had a puncture and didn’t let us pass, which is not very sporting.  However, in the end everybody is here, nothing happened, and we had some fun. We are really looking forward to next year.”

Anders Johnsen – no5 Porsche 911 – FIA EHSRC Category 2 Driver Champion
“We were very fortunate this time, it is rallying, anything can happen. I like this rally very much.  I like it when the conditions are different from stage to stage, it is a challenge to find a set up that works for the whole rally. I think the balance in the EHSRC calendar is very good now, I mean the balance between the different types of rallies. I like the faster events rather than the twisty ones, maybe because we can never set good times on the twisty ones – too many hairpins!

“The car was fine today. We had one little problem in the morning when the throttle wire got stuck, so we had to change it but we only had seven minutes, so we didn’t do it properly. So, we only had a half open throttle for the first stages today but it didn’t matter that much in the end. We are happy to win the 2019 championship.”