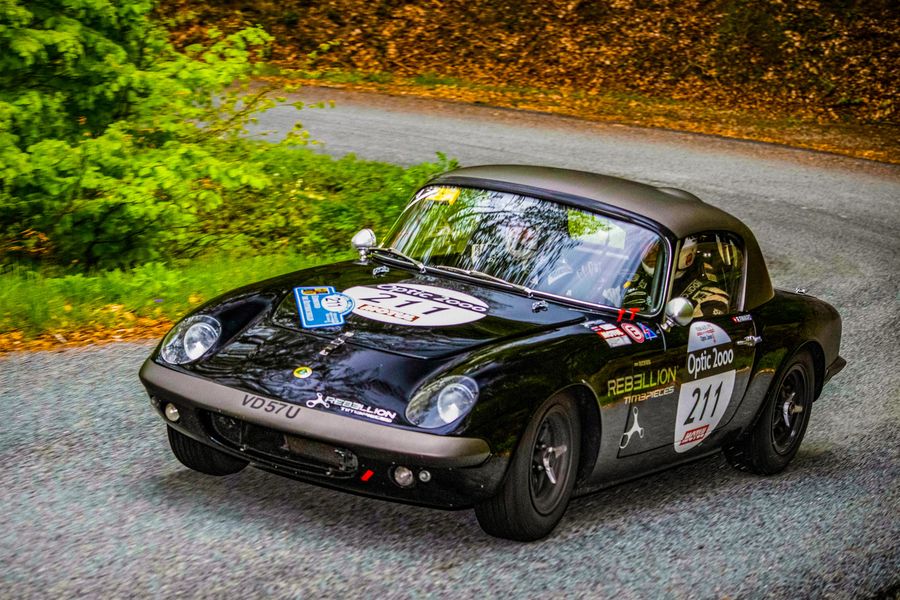 Peter Auto round up the 2019 Tour Auto Optic 2000 which saw a large and classy field of cars go from the glass dome of the Grand Palais to the planks of Deauville, with presenter Mylène Dorange following the event and meets the participants - drivers, road closers, spectators and organisers. Make sure you switch on the subtitles option for the English language text!

- It was almost like being transported back to the 1960s when the Grand Palais still hosted the motor show. Every year the Parisian monument is the theatre of scrutineering and administrative checks.

- Just after exiting under the Starting Arch some competitors, including some victory contenders, already in trouble. Jean-Pierre Gagick’s Shelby Cobra’s cylinder head gasket was leaking and Philippe Vandrome’s Ford GT40’s transmission was acting up. Reactions in the heat of the moment!

- Find out about the Regularity category. How to recognise them? What‘s the difference between the average time - intermediate or high? Does it really require driving skills? Which are the best crews? Jeanrançois Nicoules has the answers.

- The Peter Auto team has become expert in ferreting out hidden treasures of French heritage like the château de Martinanches in the Puy-de-Dôme. For them the word impossible doesn’t exist even when it comes to organising a lunch in the Alençon corn market.

- Watch out for the Jowett Jupiter. This collectors car was produced in the 1950s by a vanished English make. Its design is original to say the least and it is powered by a motorbike engine!

- The Tour Auto cannot be compared to Le Mans Classic or Chantilly Arts & Elégance. Its organisation is very different as it’s always on the move. Between the passage of the road-closing cars and that of the road-opening vehicle the caravan stretches out over almost five hours – one hell of a logistical challenge!

- For once victory in the competition class was decided by elimination. Favourites Ludovic Caron, Andrew Smith and Jean-Pierre Lajournade all hit trouble and again Raphaël Favaro and Yves Badan took advantage.