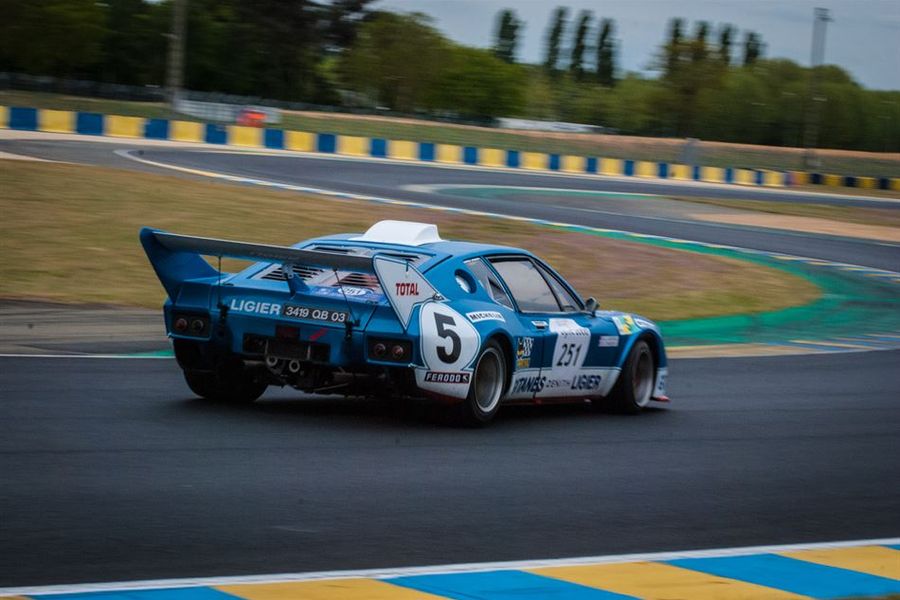 After leaving the Grand Palais at dawn this morning the Tour Auto Optic 2ooo field headed for Château de Neuville where the official start of the 26th event. On the programme for the opening day of the event for the 241-crews was the first special stage at La Sarthe followed by the Le Mans Bugatti circuit with the leg ending in Brittany on the Quai Saint Vincent in the Saint-Malo marina, a total distance of 454 kilometres. This was a first for the Tour and some thousands of Breton fans of historic cars flocked to the parc fermé until night fell.
In the morning the three grids entered for the competition category were the first to tackle the La Sarthe stage on cold damp tarmac starting with a twisty, relatively flat section followed by a fairly fast wide final run. British crew Andrew Smith-James Cottingham in their Ford GT40 set the quickest time from the Shelby Cobra 289 driven by French duo Ludovic Caron-Denis Giraudet and Bertrand and Anne Penlae’s Porsche 911. Then came the turn of the two regularity fields in which the most consistent was the Argentinean crew of Martin H. Sucari-Francisco Sucari in their Ferrari 250 GT Berlinetta, winner of the 2016 Tour Auto.
After getting the adrenaline flowing in the first rally stage the drivers followed the liaison section to the Le Mans Bugatti circuit where lunch awaited them followed by the first on-track jousts! In the VHC Competition category Andrew Smith racked up another victory in his Ford from another GT40 driven by Olivier Ellerbrock from Germany and Frédéric Jousset’s Shelby Cobra 289. These three crews currently fill the first three places in the overall VHC classification. In the G1 and G2 categories, another GT40 in the hands of Philippe Vandromme-Frédéric Vivier was the quickest, while the Ligier JS2 DFV of Mr. John of B-Sibel came first in the H1, H2 and I classification. In the regularity section, Claudio and Arturo Scalise in their 2.7L Porsche 911 RS topped the time sheets at the end of the first day’s racing.
Once the cars had been put to the test in the first circuit events in the 2017 Tour de France the entrants set off again for Saint Malo. As the evening unfolded the majority of the cars passed under the finishing arch and went to line up in the parc fermé where the expert hands of the mechanics got to work to repair the different glitches they suffered along the way. However, a few crews had already been forced to retire.
The second leg measures 540 km (Saint-Malo to Haute-Goulaine) with three special stages on the programme and lunch in Port-Louis where Team Gitana will put on an off-shore demonstration in one of the Edmond de Rothschild yachts.