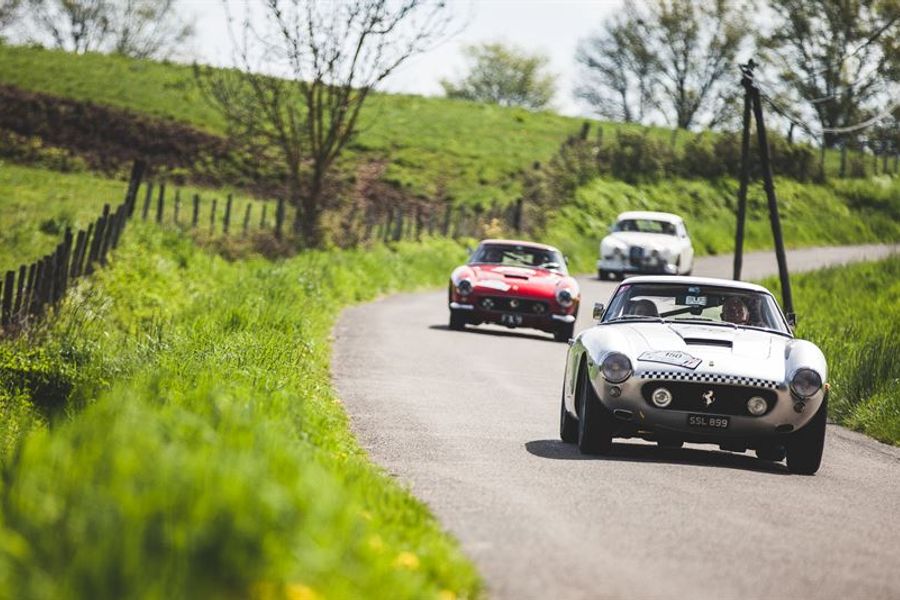 In just 40-days the 245-historic cars taking part in the 26th Tour Auto Optic 2ooo will be on display under the magnificent glass roof of the Grand Palais in Paris on the 24th April.
Topping the bill is BMW,  the official Tour Auto Optic 2ooo car partner. The German company’s 1600s, 2002 TIs and turbos, 2800 CSs and 3.0 CSLs will be present in large numbers at the start. And so will Ferrari, which is celebrating its 70th anniversary, with the presence of some of its most prestigious models.
Among the 23-cars from the Prancing Horse are the 166 MM Barchetta Touring which came fourth in the 1951 Mille Miglia, entered by Spaniard Juan Quintano, the 1952 225 S Viginale Berlinetta of Swiss driver Diego Meier that finished eighth in the 1953 Sebring 12 Hours, and the 1960 250 GT Berlinetta (chassis no. 2129 GT) entered by British pair Adrian Beecroft/Susan Roy, winner of the 1960 Tour de France driven by Willy Mairesse and Georges Berger.
Every year Peter Auto makes it a point of honour to showcase a manufacturer or a type of car that took part in the Tour de France Automobile. For the 26th event the spotlight will be focused on French makes and tuners that have disappeared. Thus, there are quite a few BSHs, CGs, DB specials, Gordinis, Hotchkisses, Jides, Ligiers, Panhards and René Bonnets on the entry list. Among the many other spectacular cars to watch are eight Shelby Cobras, two Ford GT40s and an authentic 1964 Daytona Cobra coupe, several E-Type Jaguars as well as a horde of Porsches ranging from the 356 pré A to the 914/6 as well as the 550 RS Spyder, 904 GTS, 906 and 911 2.0L, 2.4 L ST, 2.5 L ST, 2.7 RS & 2.8 and 3.0 L RSR models.
Other names on the entry list include AC, Alfa Romeo, Alpine, Aston Martin, Austin Healey, Chevrolet, De Tomaso, Ford, Lancia, Lotus, Maserati, Mercedes-Benz, MG, Mini, Morgan, Nash, Opel, Peugeot, Renault, Sunbeam, Studebaker, Triumph and Volvo, which will all be cheered on by the many spectators.
The day after the exhibition of the cars in the Grand Palais, the drivers will leave the French capital in the early hours of the morning of 25th April to go to the official start in the Château de Neuville. They will then set off along the French roads and do battle in timed stages (racing or regularity), on four circuits (Bugatti, Val de Vienne, Albi and Pau Arnos) and in 11-special stages (including two at night) on closed roads. This year’s Tour Auto Optic 2ooo route will have stopovers in Saint-Malo for the first time, then Haute-Goulaine (near Nantes), Limoges and Toulouse before the finish in Biarritz after the 2500km journey.
Peter Auto Tour Optic 2ooo