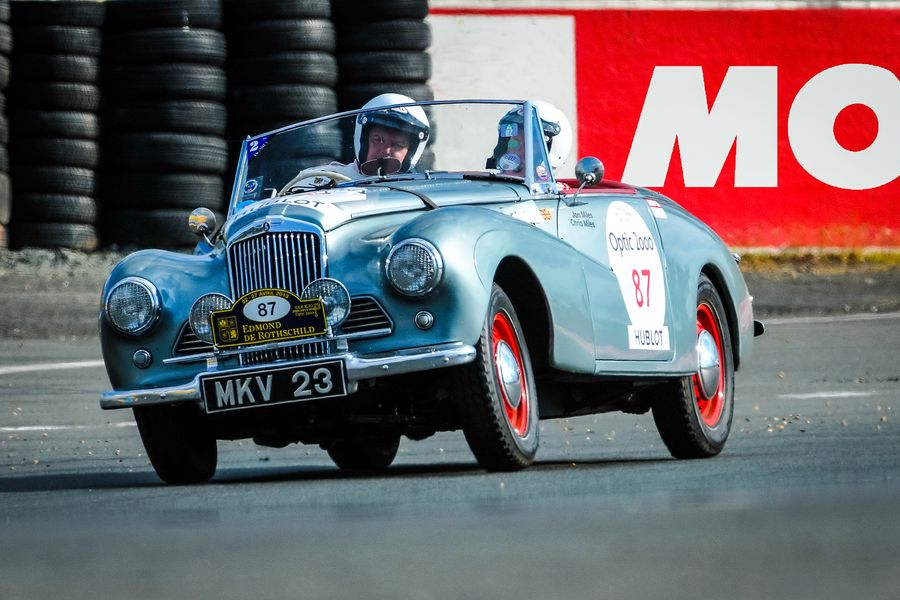 Each running of Peter Auto's Tour Auto Optic 2000 highlights a different theme connected with the motor car and the 2019 event will pay homage to vanished English makes.

They were the creations of artisans who were master-craftsmen in the fields of engines and coachwork and they left their own mark on the history of the motor car. Among the best known are AC, Austin, Austin Healey, BLMC, MG, Morris and Triumph without forgetting less familiar names like Fairthorpe, Frazer Nash, Healey, Jowett and Sunbeam-Talbot. At the time they all took part in the Tour de France Automobile. Now they are back in the wheel tracks of their forebears, and among them are certain machines that shone in racing in that era.

One example is the number seven Sunbeam Alpine Roadster from 1953 entered in the Regularity category by British duo Nigel Palmer and David Webb (above). The Sunbeam Alpine, launched in 1953, owed its name to the feats of the earlier Sunbeam-Talbots, some of which were specially tuned for rallying by George Hartnell, one of the make’s concessionaires: they made a name for themselves in the Alpine rallies in the early 1950s. In turn, the Sunbeam Alpine honoured its pedigree by winning four Alpine Cups including three in succession with Stirling Moss plus the Ladies Cup with Sheila van Damm. The car taking part in this year’s event is a former factory entry entrusted to another famous British driver, Peter Collins, in the 1953 and 1954 Alpine Cups although he failed to see the chequered flag. 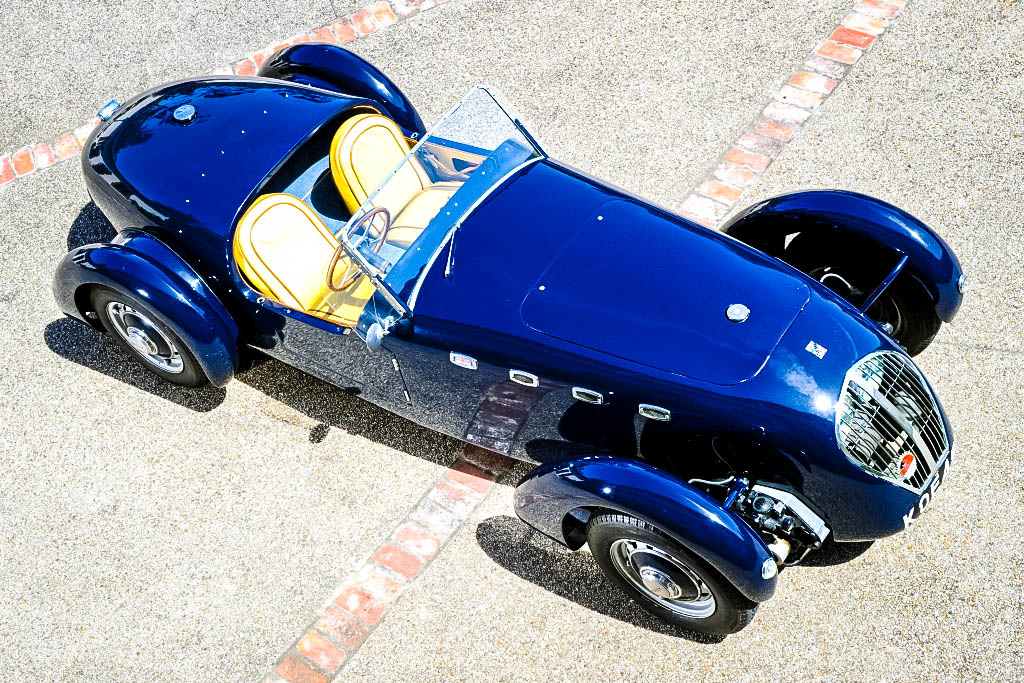 Another outstanding English car is the 1949 number 36 Healey Silverstone entered by the Japanese team, Satoshi and Yayoi Koshikawa, also in the Regularity category. The Donald Healey Motor Company produced 105 units of this two-seater sports roadster from 1949 onwards. This streamlined car was one of the rare vehicles of its era to have its headlights positioned behind its radiator grille to improve its aerodynamics. The Healey Silverstone at the start of the Tour Auto finished second overall in the Alpine Rally in 1949 driven by Donald Healey himself. The following year it came 16th overall in the Targa Florio and fourth in its class.

Let’s finish with the no. 159 Frazer Nash Le Mans Coupe from 1953 entered in the racing category by French crew, Pierre Macchi-Isabelle Martrou. The make was founded in 1922 by Archibald Frazer-Nash and Henry Ronald Godfrey and was taken over by the Aldington brothers in late 1928. After World War II, the latter acquired the rights from BMW to build sports cars in their Bristol factory under the Frazer Nash name powered by the German engine. The make raced in four Formula One Grand Prix in 1952 without scoring any results. On the other hand, it enjoyed more success in endurance racing, in particular in the 24 Hours of Le Mans as did this Frazer Nash Le Mans Coupé, an ex-works car, entered for this year’s Tour Auto. In 1953, it won its class and finished 13th overall in the Sarthe driven by Ken Wharton-Laurence Mitchell. 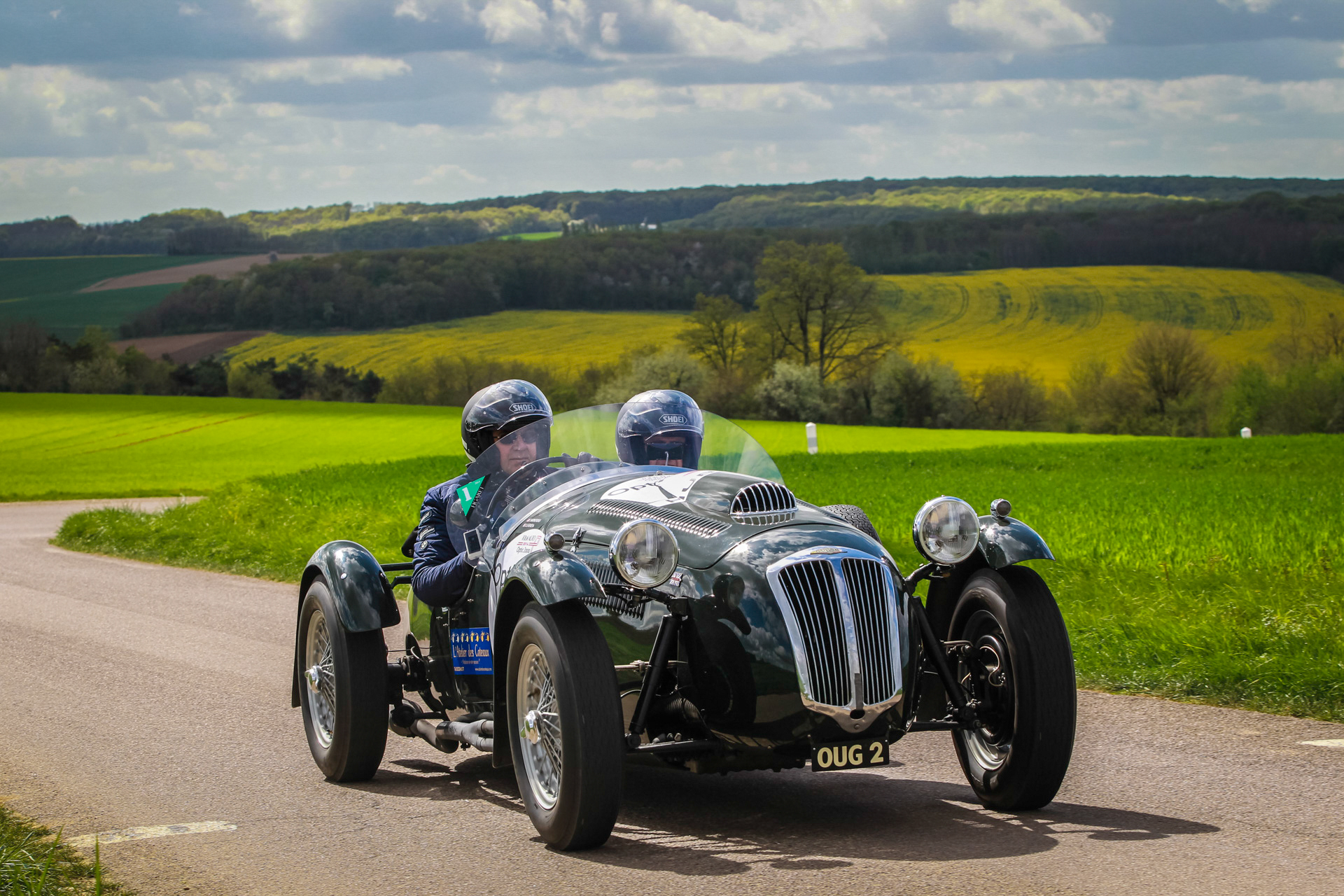