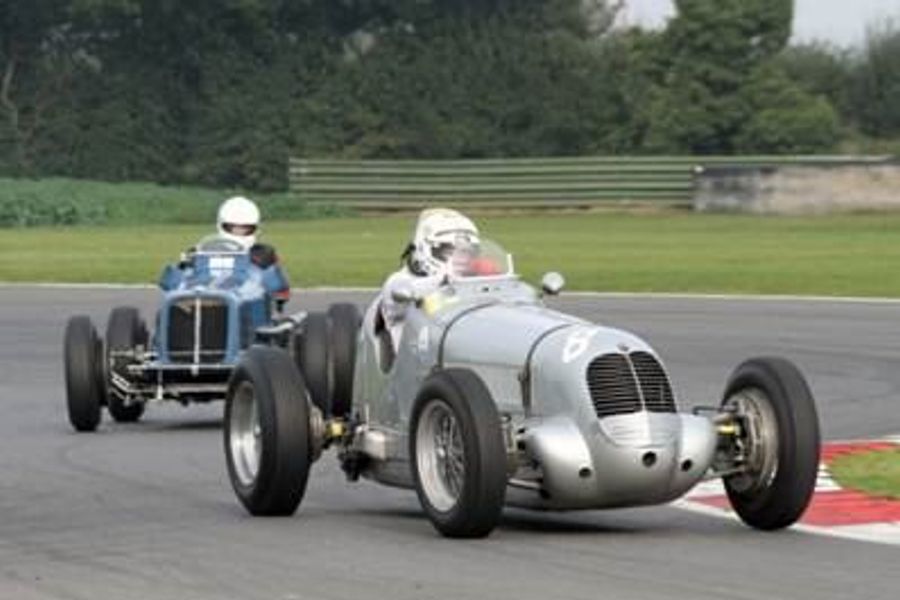 The VSCC returns for a fourth consecutive year to Snetterton in Norfolk on Sunday 27th of September, ending their 2015 race season with the Seaman Memorial Trophies Meeting at the Norfolk circuit.

The action will take place on the venue’s SN200 Circuit with its blend of long, fast straights and technical, sweeping bends with a ten race programme. The day will include the usual events for Vintage, PVT and Historic Racing and Sports-Cars, with a number of the club’s most prized silverware on offer, such as the prestigious Vintage & Historic Seaman Trophies, first competed for in 1950.

The day will also host the Bugatti Owners’ Club’s revered Williams Trophy Race for Pre-1935 2-seater Grand Prix Cars, which celebrates the win of William ‘Grover’ Williams in the first Monaco Grand Prix in 1929 driving a Bugatti Type 35B.

The year’s final Premier Cru Racing event will also boast a wonderful line-up of original pre-war Grand Prix cars, led by the support of local Maserati specialists, Sean Danaher Restorations, whilst the Hawthorn International Trophy for 1950s Sports Racing Cars is sure to provide yet another on-track highlight of the season.

Following the VSCC’s Cadwell and Oulton events earlier this year, this will be the third of their ‘Vintage Festivals’ in association with MSV this season. In addition to the usual warm reception and excellent facilities, MSV have again organised plenty of other entertainment to complement the on-track activities.

Those who have attended previous events will be familiar with the popular cream tea tent and live jazz music, whilst the T6 Harvard WW2 trainer aircraft of ‘Aero Legends’ will take to the sky to perform a thrilling aerobatic display during the lunch break.