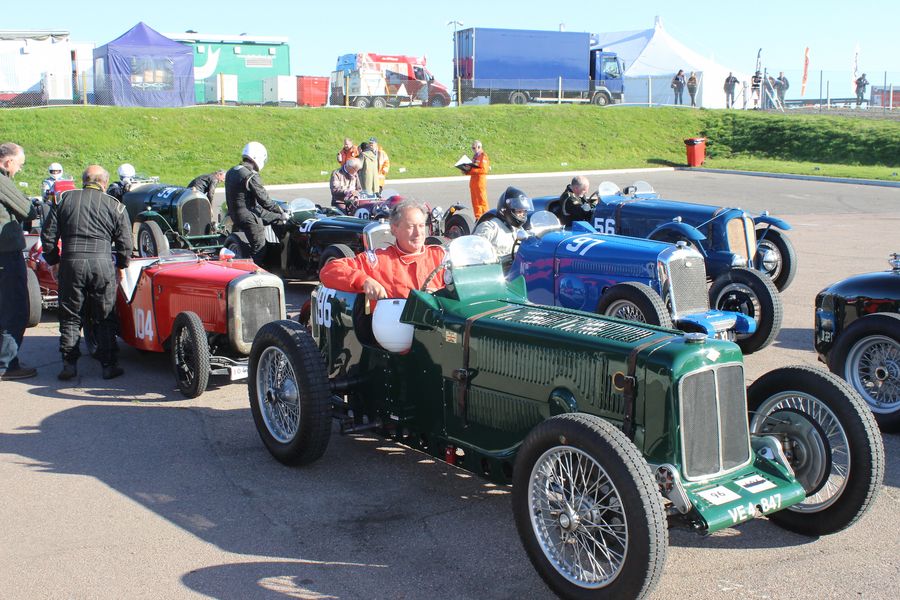 This weekend the Vintage Sports-Car Club will visit MSV’s Snetterton Circuit in Norfolk for the penultimate round of the 2018 Speed Championship on Saturday and the final meeting of this year’s Formula Vintage series on Sunday.

Almost 70-drivers and cars will take to the track on Saturday 22nd September, including Jo Blakeney-Edwards and her 1929 Frazer Nash Super Sports, who took Fastest Time of the Day last year with a time of 121.54 seconds, marking the first time  a sports-car has set FTD since Tony Jones achieved that feat at Prescott Hill Climb in 1978, also in a Frazer Nash.

The Guild of Motoring Writers will also be competing at the Snetterton Sprint in their own class once again. The VSCC has enjoyed developing their relationship with the Guild this year and look forward to welcoming six drivers and their eclectic range of Pre-War, Post-Vintage, Classic, and Modern cars to the track.

The fifth and final round of this year’s Formula Vintage Race Series will take place on Sunday 23rd September and will feature a number of races including the prestigious Williams Trophy, which was first awarded to British driver William-Grover Williams at the first ever Monaco Grand Prix in 1929. The driver of the first eligible Bugatti in the race for Vintage Racing Cars & Special Pre-war Sports Cars will be presented with the original Williams Trophy on the podium. A minute of applause will be observed in the assembly area before the race in celebration of Barrie ‘Whizzo’ Williams who sadly passed away recently.

The exciting Mike Stripe Team Race will also take place on Sunday, drivers will competing in teams of three in a 25-minute race. Eleven teams will go head to head and spectators can look forward to seeing the Brooklands Boys consisting of three Riley Brooklands, four different teams representing a number of notable MG models, and a team of young members in Frazer Nashes.