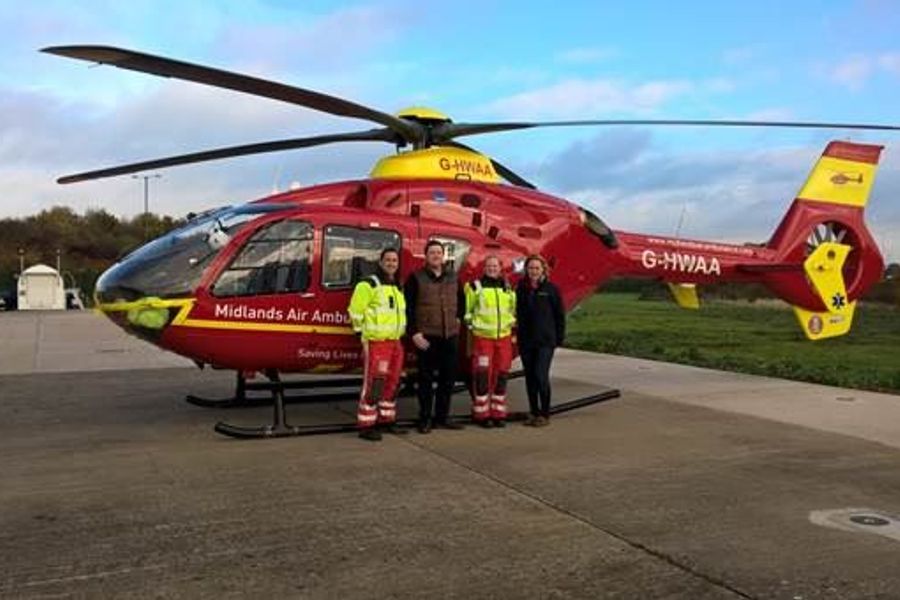 The Vintage Sports-Car Club (VSCC) has announce that the Midlands Air Ambulance Charity (MAAC) will become the club’s nominated Official Charity for the three years from 2017.
As regular supporters of the club’s Prescott Speed Hill Climb events in August since 2011 – and having raised over £6,100 during that time – the VSCC  will work closely with the MAAC across all the club’s activities to help promote awareness of the charity and raise funds to support their life-saving work.
In addition to a continued presence at the club’s Prescott weekend, the charity will also attend a number of other VSCC events which take place across the Midlands region, whilst collections will also be made throughout the season. MAAC and VSCC will also host a joint fundraising event each year to further promote the association, with all of the proceeds going to the charity.
Midlands Air Ambulance is the charity responsible for funding and operating three air ambulances serving the communities of six counties: Gloucestershire, Herefordshire, Shropshire, Staffordshire, Worcestershire and the West Midlands. This constitutes the largest air ambulance operating region in the UK.
“I am delighted that the Committee chose such an important and worthwhile cause for the Club to support over the coming three years,” said VSCC secretary Dave Salmon, ”and we very much look forward to working with the MAAC team.”
Susie Godwin, Gloucestershire Fundraising Manager for the MAAC, said: “The partnership comes as extremely welcome news to the charity, as the continued investment means we can continue to fund our extremely important lifesaving service. I have very much enjoyed working with the VSCC team for the past three years, and look forward to a close collaboration in the future.”
Charity VSCC