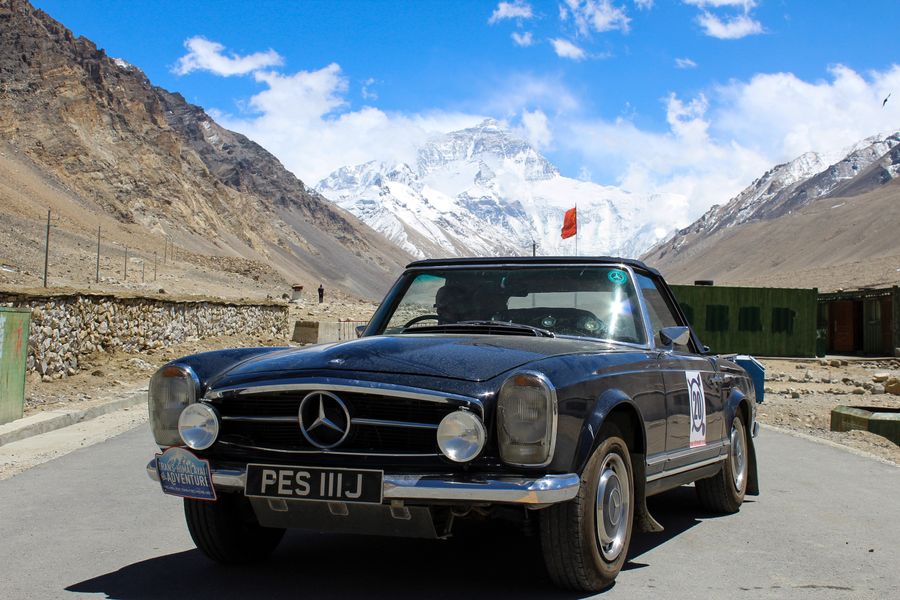 Rally Round has launched its calendar of epic adventures for 2020 through to 2022, which includes three brand new rallies that journey to Mongolia, Ethiopia and the wilds of Alaska.

Rally Director Liz Wenman said: “The success of the Trans-Himalayan Adventure shows the sort of experience that these explorers are looking for in their cars. It doesn’t always need to be about hard competition and the quickest time. We have created a calendar which allows crews to visit the undiscovered in the most spectacular way.”

Kicking off 2020 is an opulent and luxurious tour of Rajasthan on the Maharajan Marathon in February, which will explore historic palaces and the most spectacular scenery over 18-days. This will be followed by a second adventure journeying up and over the Himalayas.

After the success of the inaugural Trans-Himalayan Adventure earlier this year, Rally Round will return to China, Tibet and Nepal for another 21-day expedition of tough terrain and high altitudes. Starting late April, highlights include the city of Lhasa, the lost Western Tibetan Kingdom of Guge, sacred Mount Kailash and Everest Base Camp.

The following year starts with the inaugural Pure Mongolia, a three-week competitive event that explores the national parks, ancient rivers and vast desert of this stunning frontier. This is ideal for any rally crew who has previous competed on the Peking to Paris rally and wishes to spend more time in this beautiful country. A mix of competition will be on offer, but more focus will be given to the journey and camaraderie of the entrants.

Mongolia is followed in the autumn by the second Rally Round Africa, a luxury event which mixes opulent game drives with some mildly competitive driving. This rally is ideal for novices and couples looking to combine their driving with brilliant safaris.

The year ends with another brand-new event and a first for any international rally organiser as Rally Round heads to the incredible vastness and changing landscape of ancient Ethiopia.

Unexplored by many westerners, this is a unique rally across a stunning country of which most people only know from the horrific images of poverty historically shown to the world. Recently visited by the new Top Gear presenters in their new series opener, the route will not be for the faint hearted and like the Trans-Himalayan Adventure, will see enough competition in the terrain, elements and altitude.

In 2022, Rally Round will return to Japan for the second Samurai Challenge, having previously visited in 2017. Visiting in the spring when the famous cherry blossom will be in full bloom, this competitive rally also takes in the beautiful Japanese culture as well as a fantastic route through this interesting country.

In the autumn of that year, Rally Round will hold its third new epic adventure – Wild Alaska. Moving away from the more tourist areas, the route will explore the depths of Alaska and the Yukon. As well a route taking advantage of undiscovered roads, there will also be time for taking in the wildlife of this breath-taking region.

The rest of the Rally Round calendar will include a series of shorter events designed to encourage newcomers to the endurance rally scene along with dedicated training events held worldwide.