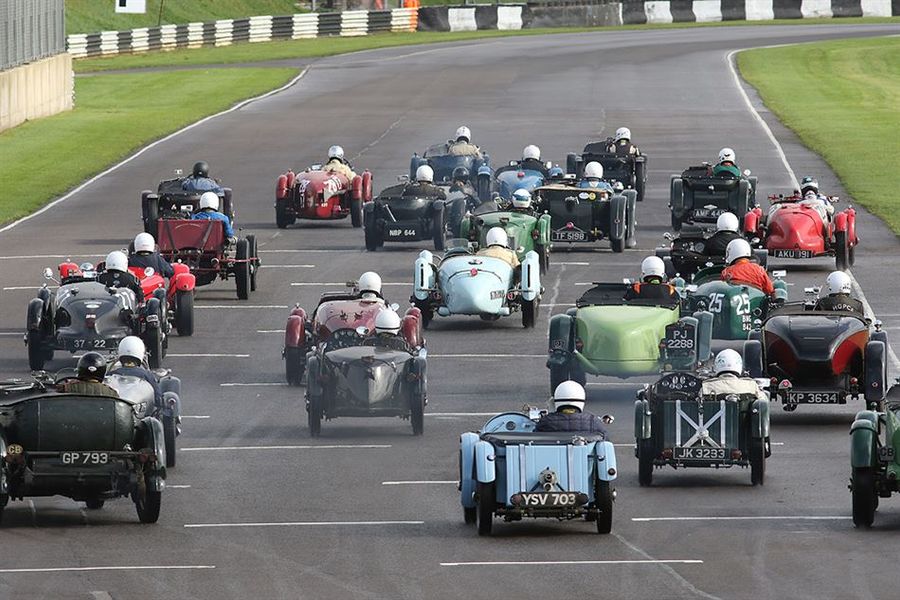 It may be best known nowadays for playing host to a raft of popular motor racing events throughout the year, but are you aware of Castle Combe Circuit’s hugely significant military-based beginnings?

Recently-formed charity, Airfields of Britain Conservation Trust [ABCT], was set up to help us fully recognise the invaluable importance airfields have played in the past by erecting memorial marker stones at various key sites around the country. And it’s the turn of Castle Combe Circuit to receive one of these prestigious markers in 2018, which is set to be unveiled at the venue’s Autumn Classic race meeting on October 6.

Commencing operations in 1940 as an airfield training base created to assist with World War II operations, RAF Castle Combe soon became a crucial military link for the Wiltshire area and beyond; boasting amenities such as two steel-mesh runways and multiple hangars surrounded by a paved perimeter track.

Throughout its operational years, thousands of air crew passed through the site before going on to active service. From July 1946 through to June 1948, the base then took on a new role, being used by the RAF as a re-settlement camp for Polish ex-servicemen until the site was eventually decommissioned and reverted back to farmland in October 1948.

This wasn’t the end for RAF Castle Combe, though, with the aforementioned perimeter track and outbuildings promptly transformed to create Castle Combe Circuit in 1950 which soon saw names such as Stirling Moss and Mike Hawthorn making regular racing appearances at. Fascinatingly, the circuit still adopts the same basic shape as the historic track, with no less than eight of the ex-RAF buildings also still present to this very day (most significantly the old Flying Control Tower which now takes on the role as the well-known Race Control building).

Aiming to help commemorate the airfield and all personnel/units who played a part at RAF Castle Combe, the 1.4-tonne ABCT memorial stone will be officially unveiled during the Autumn Classic’s proceedings by the circuit’s Managing Director, Graham Marshallsay, with several members of the ABCT itself on-hand to provide short talks about what made RAF Castle Combe so important.

2018 is a particularly significant year for such a memorial to be erected, as it not only ties in with the RAF’s ‘RAF100’ 100-year celebrations, but also represents exactly 75 years since the initial construction of the perimeter track which formed the foundations of the circuit we still use to this day.

“History and heritage play a big part in who we are here at Castle Combe Circuit; it’s the basis of our DNA. I am therefore delighted that the venue’s fascinating roots are being officially recognised by the ABCT with a fitting memorial that will continue to inform and inspire for generations to come,” Castle Combe Circuit’s Managing Director, Graham Marshallsay, commented.