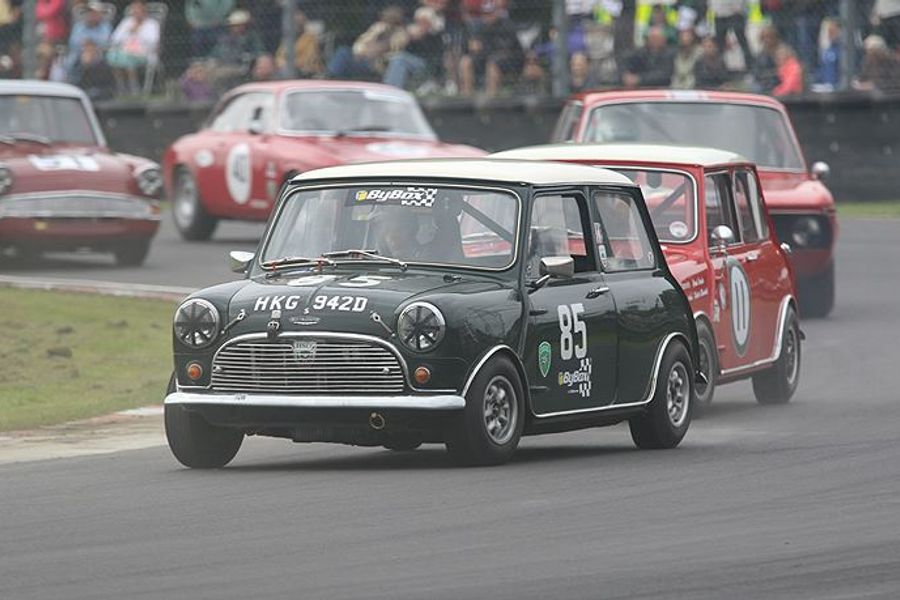 The Historic Sports Car Club will mark the 50th anniversary of the Club’s first race with a special two-day race meeting at Castle Combe on the 16th and 17th of April. On 14 May 1966 the first Griffiths Formula race for sports cars from 1945 to 1955 was held at Castle Combe. The Griffiths Formula races led to the formation of the HSCC, which is now Britain’s leading organiser of racing for cars from the 1960s, 1970s and 1980s. The main celebration for the April weekend, which marks the start of the HSCC’s 2016 racing season, will be a re-creation of the first grid. Wherever possible, the original cars from the 1966 race are being tracked down and for those that are not available a car of the same make and model will feature. Once the grid has been formed at lunchtime on both Saturday and Sunday, members of the public will be invited to take part in a grid walk and get a closer look at the cars. Later, the cars will complete a parade lap of the track. When not on-track, the 50th anniversary cars will be on display in the paddock and several drivers from the 1966 race are expected to attend. Half a century ago, renowned historic racer Neil Corner won the inaugural Griffiths Formula race in his Jaguar D-type from the Lotus Mk10 of Chris Warwick-Drake and the Aston Martin DB3S of John Le Sage finished third. In total 25 cars entered the race but there were some non-starters and 14 cars finished the race. The weekend will feature a full programme of HSCC racing as ten of the Club’s championship get under way, some of them with double-header races. The line-up will include Historic Formula Ford 1600, Historic Touring Cars, Historic Road Sports, 70s Road Sports, Historic Formula Ford 2000, Historic Formula 3, Classic Racing Cars, Formula Junior and Classic Clubmans. A 40-minute, pit-stop race for the Guards Trophy will be the longest race of the weekend. Supporting the HSCC racing will be four races for competitors in the Castle Combe-based championships. “We’re very pleased to be starting our 2016 season with a celebration event at Castle Combe,” said HSCC Chief Executive Officer Grahame White. “The response to re-creating the first grid has been very encouraging and it is wonderful to discover that some of the cars are still in the same ownership.”