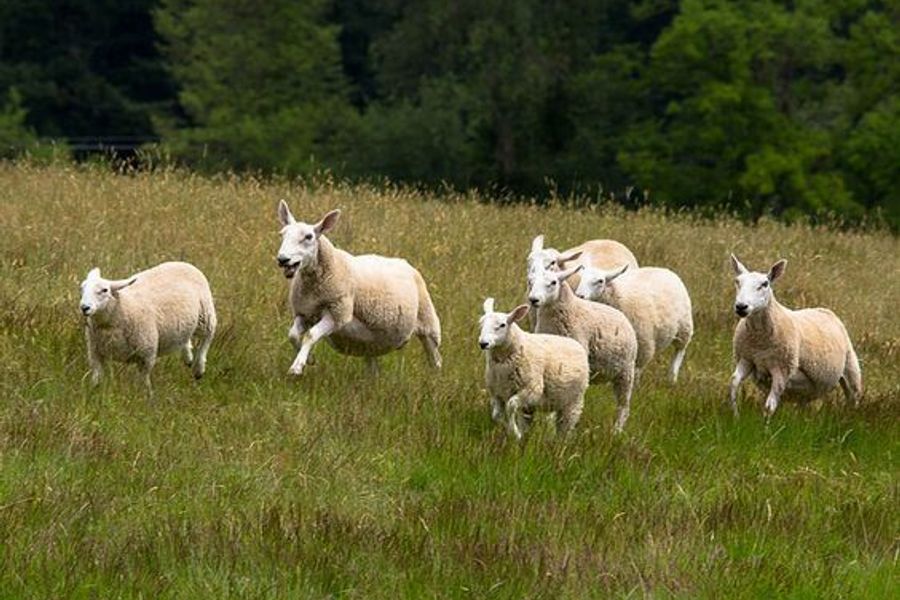 Castle Combe's owners have been delving into the history books and have managed to unearth a series of unknown bylaws from the medieval period. Drafted around 500AD, the laws make clear that local landowners have the right to graze livestock in the field overlooking the ancient village of Castle Combe itself, an area of land which has since been used to create the South West's premier motorsport facility.

Keen to maintain its prominent position within the local community and only too aware the historical significance of its location, Castle Combe Circuit, home to the annual Autumn Classic historic meeting, has opted to adhere to the newly uncovered bylaw, which means that, from the beginning of the 2018 motorsport season onwards, sheep and cattle will graze the infield of the circuit. It's a move which has already been embraced by the local farming community, many whom have been desperate to put the space to good use for several years.

“We must admit to being as surprised by the findings as everyone else,” muses Mr T Manager, a representative of Castle Combe Circuit. “The documents themselves were chanced upon by a local researcher going through some obscure archives in the nearby City of Bath, and were only brought to our attention last month. Nevertheless, we feel that as a key part of the local community and economy it's our duty to adhere to them as closely as possible, which is why we'll be permitting livestock to graze from the start of April.”

While doubtless a popular move with the local farming community, Castle Combe's influx of woolly residents will cause a number of issues for those taking to the track itself. The bylaws place a clear limit on the number of animals permitted to graze the infield (50 at most), and also make it clear that both sheep and cows will effectively be free range, able to roam the area at will.

The safety of both drivers and animals is of paramount importance to Castle Combe's event organisers, and a number of precautions have already been enacted as a result. Extra signage can already be found throughout the Castle Combe track, with plans for cattle grids intended to bisect the Quarry corner area drawn up and ready for implementation. All drivers seeking to take to the track must also attend an expanded briefing, which explains how to avoid the animals by dynamic driving, and what to do if you come into contact with them. It's hoped that these alterations will help make Castle Combe safe and enjoyable for all, whether or not they have cloven hooves or Sparco race boots.

Managing Director Graham Marshallsay was swift to voice his praise for the move:

“This is a hugely important stage in the history of Castle Combe. We're confident that our loyal customers will embrace the move, and that it won't take long for the sight of a herd of Herefords crossing Avon Rise to become commonplace.”

Castle Combe will be home to a flock of 50 Texel Sheep from April 2nd onwards, with a herd of Hereford Cows taking their place later in the year.