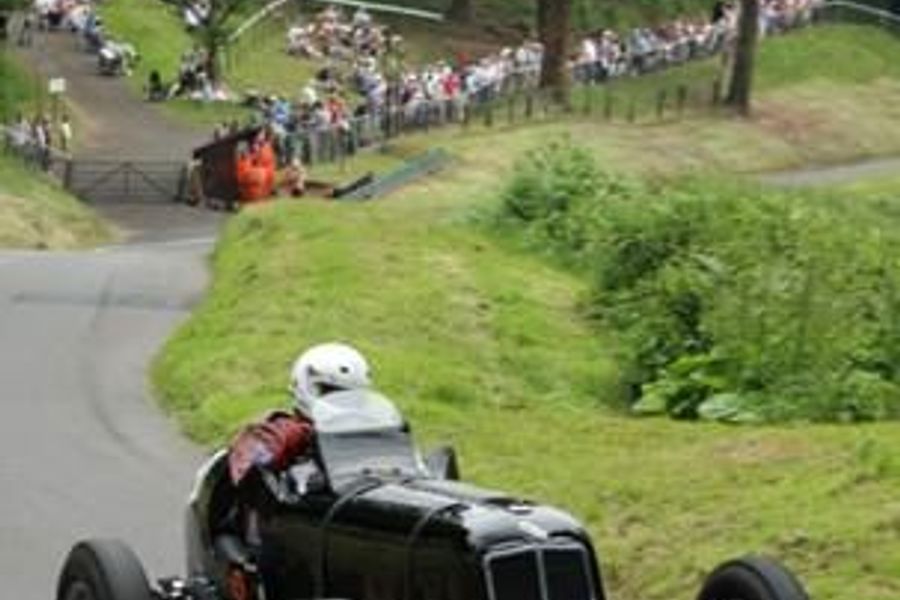 The Vintage Sports-Car Club will again be at the heart of this summer’s historic motorsport season, with two long-celebrated hill climbs in the coming weeks, starting with the Shelsley Walsh Vintage Meeting this Sunday (3rd of July) and the club’s prestigious Prescott weekend, Friday 5th to Sunday 7th of August.
The Shelsley Walsh venue never fails to attract a wealth of VSCC competitors eager to take on the challenge of the celebrated hill climb. As the club’s full class structure is represented, there will be a place for all Pre-war Sports and Racing Cars, while the paddock will be filled with enthusiastic and knowledgeable spectators, who will have flocked to the stunning Worcestershire location.
This year’s event also coincides with the launch of club member Mac Hulbert’s highly-anticipated book on the revered ERA R4D, published by Porter Press, a car that has enjoyed such an illustrious history, particularly at Shelsley Walsh, where it again will be competing in the hands of Nick Topliss, under the stewardship of current custodian, Brian Fidler.
As tradition, the first weekend of August will see the VSCC’s annual Prescott Speed Hill Climb at the Bugatti Owners’ Club’s idyllic Cotswold venue, which will again include a one-day event utilising the more modern ‘Long Course’ on the opening Friday, before the club’s long-standing two-day event on the traditional ‘Short Course’ – an event first held in 1938.
Over 300 Pre-war Racing and Sports-Cars will tackle the challenging Gloucestershire circuit throughout the weekend, widely regarded amongst the world’s premier pre-war events, where the thrilling motorsport competition will headline a host of other attractions in a ‘garden party’ atmosphere.
Spectator cars will fill the Orchard to form perhaps the most stunning Pre-war gathering to be seen anywhere, whilst the popular trade village, jazz band, children’s entertainment, camping and more will be sure to attract thousands of Vintage enthusiasts for one of the most social weekends of the season.
Both events will form rounds of the VSCC’s inaugural Speed Championship, supported by M&P Insurance, as the contest gathers pace at the busiest point of the season.
The Vintage Sports-Car Club Prescott weekend Shelsley Walsh Vintage Meeting

Podcast: Marcus Pye Hosts as We Talk Awards and so Much More!