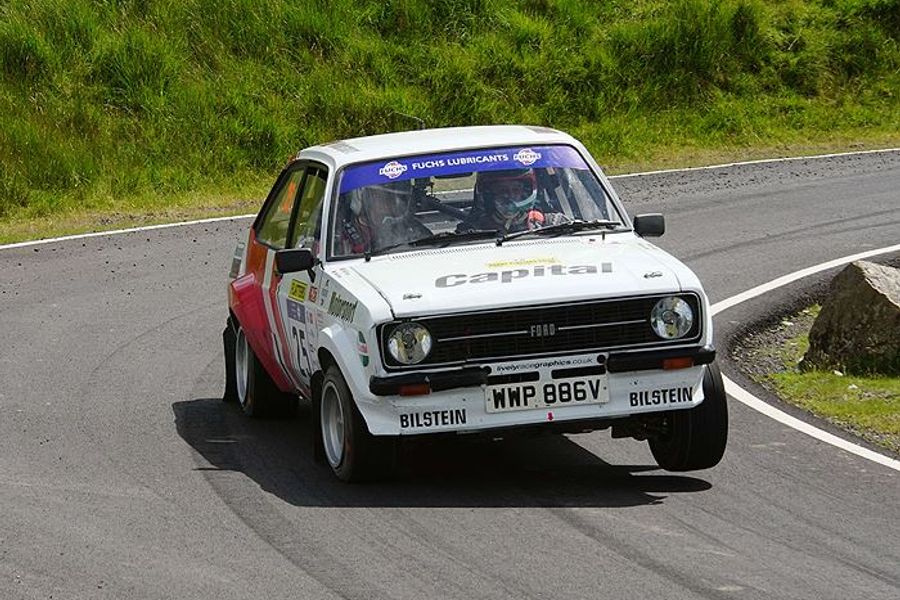 The Fuchs Lubricants R.A.C. Historic Asphalt Rally Championship hstart its latest round in the Rally Isle of Man today, the three day event the championship’s only double-header of the season.
Running in conjunction with the BHRC are rounds four and five of the new for 2016 championship. Along with the early championship contenders, several crews have joined the fray in recent weeks and the scene is set for a very competitive rally.
With one full set of points on offer for the results up to Friday afternoon and another full set of points for the second half of the rally, it will be a critical weekend for the title contenders on one of the world’s finest asphalt rallies. The Fuchs R.A.C. season then concludes on the roads of Otterburn in October.
The Fuchs Lubricants R.A.C. Historic Asphalt Rally Championship is organised by the Roger Albert Clark Rally Motor Club and is a dedicated asphalt championship for all categories of historic stage rally cars. As well as catering for crews who prefer to compete on sealed surfaces, the championship also offers a place for the Category 1 (pre-1968) cars that are moving away from gravel rallying as a result of the changes to event running orders.
New to the championship at the previous round on Epynt were the Ford Escort Mk2 crews of Will Onions/Jeremy Edwards and Guy Woodcock/Richard Skinner. After taking maximum points on the Harry Flatters, Woodcock is hoping to build a late-season bid for the title and two big scores on the island roads could set him up for the crown on the final round. Woodcock knows the event well and has a strong local co-driver sitting alongside. Onions, meanwhile, has fine pace on the island roads and should be a strong contender.
However, the season-long title protagonists are the Ford Escort Mk1 of Roger Matthews and Tom Marrott and the Mk2 of Roger Moran and Ashley Trimble. Neither crew can be considered as Isle of Man experts, but both are capable of two big results this weekend. Lining up as a big threat to Matthews in Category 2 is the Escort Mk1 Pinto of Stanley Orr/Guy Weaver.
Other strong runners in Escort Mk2s include Barry Stevenson-Wheeler/John Pickavance and brothers Simon and Alister Crook, as well as welcome Belgian visitors Christophe Jacob/Isabelle Regnier who are making their Manx debut. Meanwhile, variety to the Escort pack comes from the Hillman Avenger Tiger of Ian Robertson/Andrew Scott.
The rally will be based at the TT grandstands in Douglas. The first car will start at 6.30pm on today (17th of September) and arrive at the finish at around 2.45pm on Saturday after more than 170-miles of competitive action.
Christophe Jacob John Pickavance Alister Crook Fuchs Lubricants R.A.C. Historic Asphalt Rally Championship Hillman Avenger Tiger Roger Albert Clark Rally Motor Club Roger Moran Richard Skinner Barry Stevenson-Wheeler Otterburn Simon Crook Ashley Trimble Ford Escort Mk1 Guy Woodcock Roger Matthews Andrew Scott Rally Isle of Man Jeremy Edwards Harry Flatters Stanley Orr Escort Mk1 Pinto Belgian 2016 championship Ford Escort Mk2 Isabelle Regnier Will Onions Guy Weaver Ian Robertson Tom Marrott