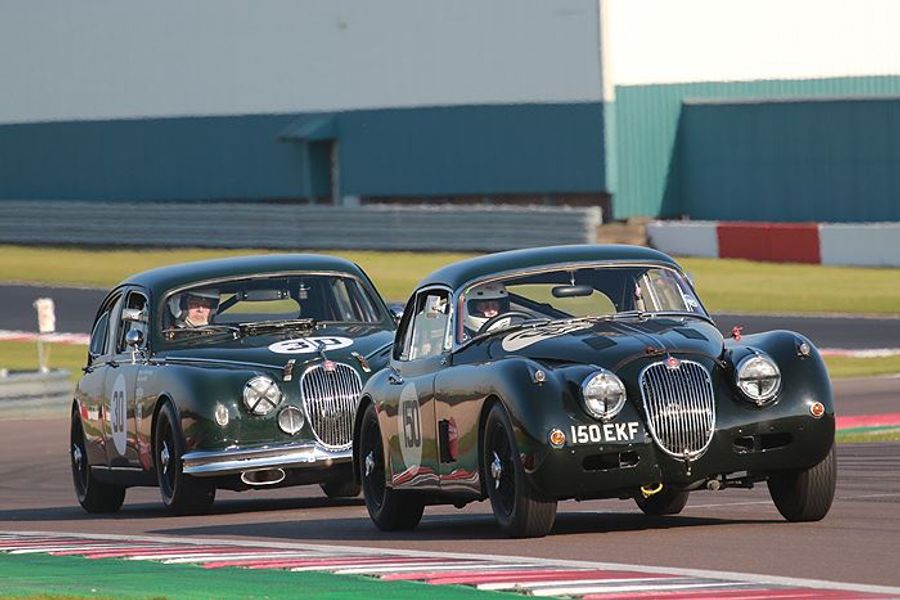 Contenders in the 2018 Jaguar Classic Challenge will compete on two of the most famous tracks in the world over the coming weeks with races on the Silverstone Grand Prix circuit and at Le Mans.

The second round of the 2018 Challenge, which is organised by the Historic Sports Car Club in conjunction with Jaguar Land Rover, will take place on the fabulous Silverstone Grand Prix track at the HSCC International Trophy meeting (16th/17th June) and will be followed by an invitation race at the spectacular Classic Le Mans event (6th-8th July).

The hour-long Silverstone race will be the ideal warm-up and test ahead of the Le Mans race, where more than 50 cars are already entered. As well as many entries from the UK, it will be a very international field with drivers and cars coming from France, Germany, Portugal, USA, Italy, Switzerland and Brazil.

The Silverstone race, in the year that Silverstone celebrates 70-years of Grand Prix racing, comes after a fabulous start to the season at the Donington Historic Festival when a grid of nearly 40 cars delivered some tremendous racing. Entries for Silverstone are still available via the HSCC office.

Grahame White, CEO of the HSCC, said: “The invitation race at the Le Mans Classic is the icing on the cake for 2018, and the chance to race at Silverstone in June is the perfect lead in to Le Mans.”