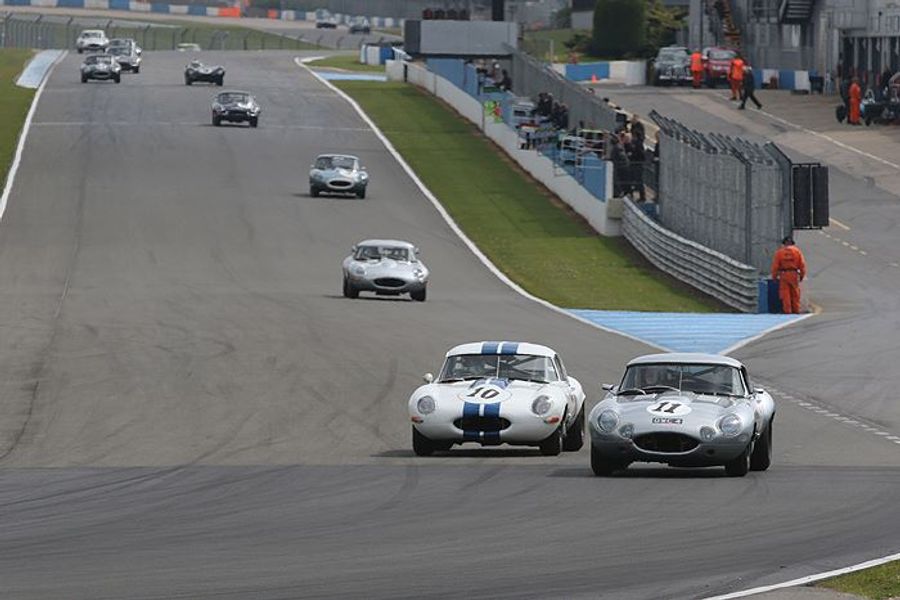 The Historic Sports Car Club has unveiled details of the 2018 Jaguar Classic Challenge, run in conjunction with Jaguar Land Rover, with four high-profile race dates as well as an invitation race supporting the Le Mans Classic in July.

First run by the HSCC in 2011 to mark the 50th anniversary of the model, the E-type Challenge ran for three seasons and, after a year’s gap, was successfully followed by the Jaguar Classic Challenge.

The season starts at the Donington Historic Festival (4th-6th May) and then takes in prime slots on the Silverstone Grand Prix circuit (16th/17th June) and the Oulton Park Gold Cup (25th-27th August) before concluding at Spa-Francorchamps during the Classic Six Hour meeting (15th/16th September). In addition, the HSCC will administer an invitation race for cars from the Challenge at the Le Mans Classic (6th-8th July).

The HSCC is now taking the series into its fourth year and is receiving very good support from intending competitors, both in the UK and from across Europe.

Grahame White, CEO of the HSCC, said: “We are delighted to continue managing the Jaguar Classic Challenge. We’ve got a first class calendar, including an invitation race at the Le Mans Classic, and we’ve already got 30 entries for the first race of the season at the Donington Historic Festival.”