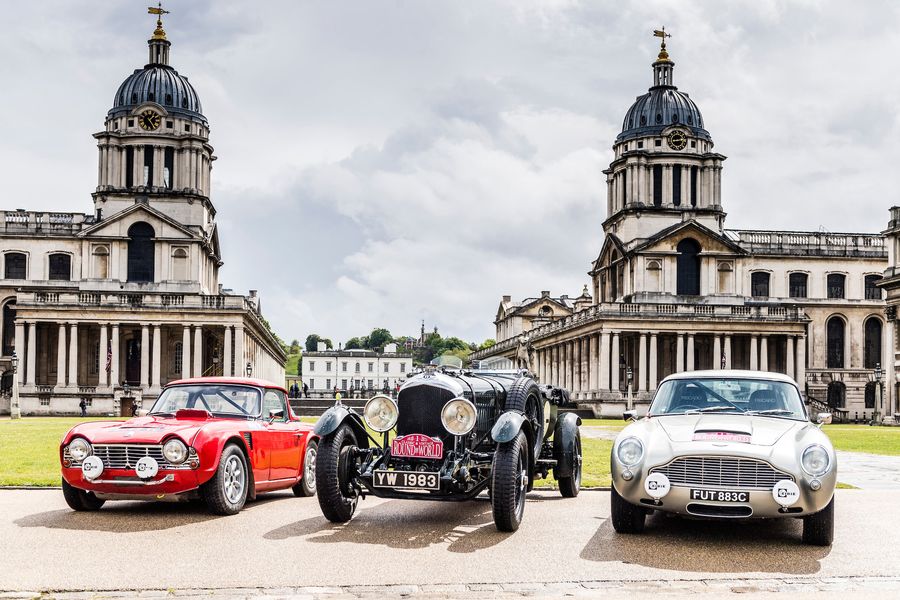 Rally the Globe has announced its ‘Round the World’ driving adventure, a circumnavigation of the planet Earth on four wheels for assorted categories of cars built before 1976.

Set for 2020-2021, this will be the first such driving odyssey for a generation and, totalling around 22,000 miles (35,000 kilometres), it will be the longest, most challenging and, ultimately, the most rewarding yet staged, eclipsing the distance of the previous event run in 2000 to mark the millennium.

Fittingly, Round the World was launched yesterday  evening at Lowther Lodge in Kensington, London home of the Royal Geographical Society, an organisation closely associated to so many of the great global explorers including Livingstone, Stanley, Scott, Shackleton, Hunt and Hillary.

Taking a leaf from the fictitious Phileas Fogg in the famous Jules Verne novel, the full circuit of the globe will take a total of exactly 80-days and will start and finish in London. Not just London, though, but the stunning Old Royal Naval College in Greenwich  right next to the Royal Observatory and the Prime Meridian Line (Longitude Zero).

Adding to the spectacle, entries are restricted to vintage, post-historic and classic cars built before 1976 and open to crews of all abilities and experience.

Such is the incredible scale of the journey that Round the World is divided into three individual legs: the first from London to Casablanca in Morocco (23rd May to 9th June 2020); the second from Boston, Massachusetts to Vancouver, Canada  (19th September to 10th October 2020) and finally the third from Vladivostok in Russia back to London (8th May to 19th June 2021).

In total, plucky participants will face more than 100 competitive speed and navigation tests along the epic route and the hard-earned victors will be crowned as ‘Rally the Globe Round the World’ champions back in Greenwich after 80-days of unforgettable adventure through some of the most spectacular spots on Earth including the Sahara Desert, Rocky Mountains and virtually unexplored gravel routes through Siberia.

Crews are allowed to enter individual legs but, with limited places available, priority will be given to those rallying the world. The more intrepid, bold enough to enter cars from the pre-1946 era, may also be given preferential treatment to ensure the field features a full spectrum of motoring history.

“It must be every motoring enthusiast’s dream to drive right around the world and, for many, this is an incredible once-in-a-lifetime opportunity to fulfil that wonderful ambition,” enthused Rally the Globe Chairman, Graham Goodwin who, as a Bentley owner, is a regular competitor in many of the less ambitious events. “Cars, competition and camaraderie all on the greatest possible scale – my name is going to be one of the first on the list!”

The marathon intercontinental itinerary – including hand-picked hotels, magical starlight camps, rarely used mountain and desert roads plus numerous competitive tests at worldwide venues ranging from famous Grand Prix circuits to privately-owned gravel roads – has been masterminded by Fred Gallagher and John Spiller both of whom were at the launch in London together with key members of the Rally the Globe club.

Gallagher’s track record is second to none. He has competed at the very top level winning numerous World Championship rallies when co-driving with sporting legends such as Juha Kankkunen, Ari Vatanen and Björn Waldegård – and subsequently working as Clerk of the Course on many World Rally Championship rallies and classic enduros.

“It’s one of those projects for which the planning has been almost as challenging and rewarding as the participating,” remarked Gallagher. “We have had teams all over the globe liaising with regional authorities, local experts and assisting car clubs to create what we are convinced will be the greatest adventure on four wheels ever staged.

“We have purposefully followed the sun travelling west so the three legs are of escalating length and challenge. It will be a lifetime achievement for all those who complete the remarkable journey and the eventual winners will have every reason to celebrate their unique success.”

To ensure smooth passage, Gallagher has secured the services of many of the most experienced and well-respected figures in the operation and management of successful global endurance rallies and they are all key members of the notable Round the World organising team.

Rally the Globe Gallagher Round the World