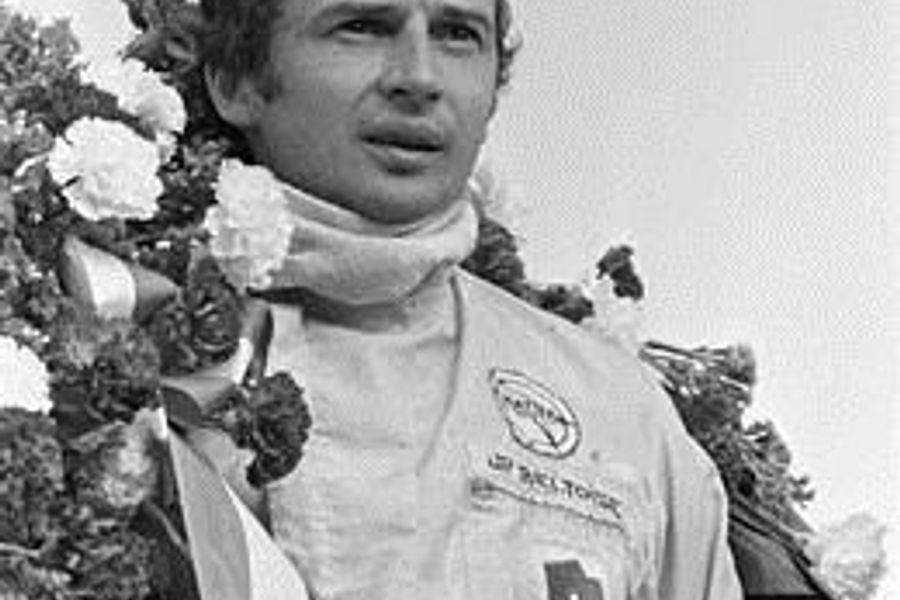 Jean-Pierre Beltoise was a multiple French motorcycling champion in the early 1960s, competing at Grand Prix level before making his four-wheeled debut at Le Mans in 1963, claiming the Index of Efficiency in a one litre Rene Bonnet he shared with Claude Bobrowski. His career almost came to an end the next season when a crash in a sportscar race at Reims left him with burns and major injuries, Beltoise never regaining full movement in his left arm.

In 1965 he was competing in Formula Three for Matra (who had taken over Rene Bonnet), taking the company’s first win at Reims, the aerospace organisations cars setting new standards in the Formula. That success saw Beltoise and Matra progress together to Formula Two, the Frenchman taking the European F2 title for ungraded drivers (those who had not scored a point in a GP) with wins at Hockenheim, Jarama and Zandvoort.

He contested a number of Grand Prix in the Matra MS5 and MS7 F2 cars, twice taking seventh place finishes in 1967, before finally getting to race the three-litre Matra MS10 at the 1968 Spanish GP, seeing out the remaining races of the season in the V12-powered MS11, taking a fine second place finish and fastest lap at Zandvoort. The next season Beltoise raced for Ken Tyrell as his team ran Cosworth V8-powered Matras, before returning to V12 propulsion with the Equipe Matra Elf squad in 1970 – a puncture robbing him of a likely victory in his home race at Clermont Ferrand.

Teamed with Chris Amon for 1971, it was not a happy season for Beltoise with a sixth at the Spanish GP his best finish, a ban for his part in a fatal accident in an Argentinian sportscar race seeing him miss several rounds. A move to the Marlboro BRM team for 1972 saw him take his sole Formula One victory with a great drive in heavy rain, Beltoise bringing his P160B home almost 40-seconds clear of the Ferrari of Jacky Ickx.

The highlight of two more seasons with BRM was a second place in the 1974 South African GP (and a non-championship win at Brands Hatch), Beltoise ending his Formula One career with a practice accident at Watkins Glen for the US GP where a broken bone in his foot saw him miss his final race. A regular in Matra’s sportscar team that season, he took four wins – but with Matra then pulling out of sportscars at the end of 1974, he moved to racing domestically in France, taking Touring Car and Rallycross titles in a long career.

Born in April 1937, Beltoise was married to the sister of F1 racer Francois Cevert and sons Anthony and Julien have both competed. Jean-Pierre died at his holiday home in Senegal.