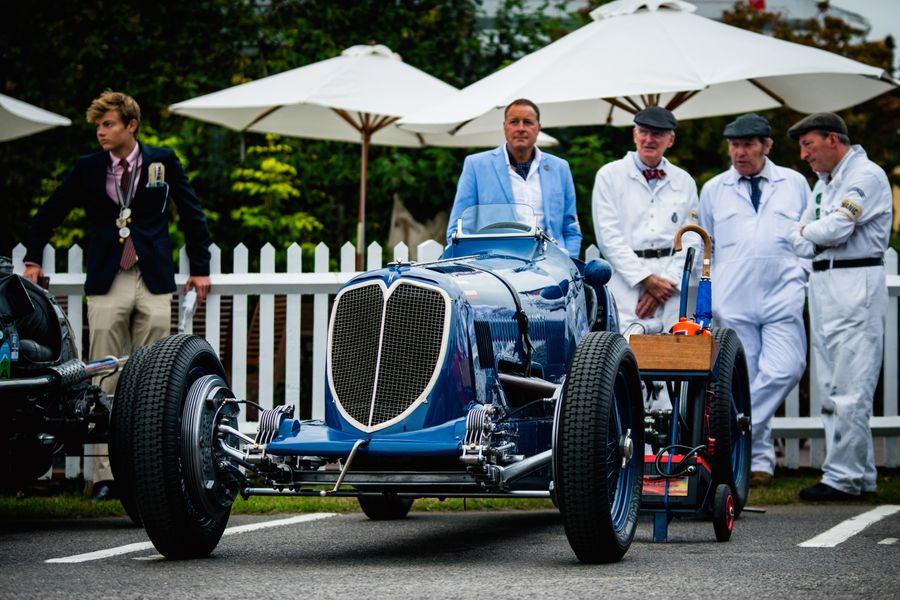 The Maserati 8CM in which Whitney Straight won the inaugural South African Grand Prix in 1934 will once again race against Dick Seaman’s supercharged MG K3, the two cars reunited at the very circuit at which they competed against each other 84 years ago. Straight’s Maserati has become one of the most famous racing cars of all time and will be at the South African Grand Prix Festival in East London this weekend and at the Grand Prix Garden Party at Val de Vie Estate on 1st and 2nd December.

Joining these two important cars will be nearly 20 pre-war Grand Prix cars, many of them  cars that raced locally between 1934 and 1939. Entries already confirmed include the Riley Ulster Imp, which finished second in the 1937 event. Other MGs, two confirmed Bugattis, Aston Martin Ulster, Frazer Nash and Talbots are among the eclectic mix. And just imagine the sight and sound of not one, but two ERAs diving through Potter’s Pass into Rifle, the smell of methanol trailing behind their screaming supercharged whine!

Having started as the brainchild of motoring journalist Brud Bishop, the South African Grand Prix was nearly cancelled by the FIA shortly before the race in 1934. Bishop had innocently, but quite illegally, punted the race unaware of the International Sporting Code.

Bishop had unexpectedly received an international entry for a team of three cars for his planned 160km road race on public roads in East London. Without an ability to cover their fee, Whitney and Michael Straight’s and Dick Seaman’s entry was accepted.

The “dashing American millionaire”, Whitney Straight became the poster boy for the race, driving a state-of-the-art Maserati 8CM (pictured above), the likes of which South Africans had never seen before. The other entries were local specials, mostly stripped-down saloons, elevating the single seater Maserati and supercharged MG to cars “in a new, advanced class” according to Bishop’s publicity.

Straight’s Maserati would storm through the field to win the inaugural South African Grand Prix, with Michael’s Railton third (his first and last race!) and the local racing debutant and Ford salesman J.H. Case and his friend and riding mechanic Hector “Podge” Wiggil to claim second place in their home-built, alloy bodied Ford V8 Special.
Seaman’s MG had started running badly despite posting the second fastest lap time and he slipped back from second to finish fifth.