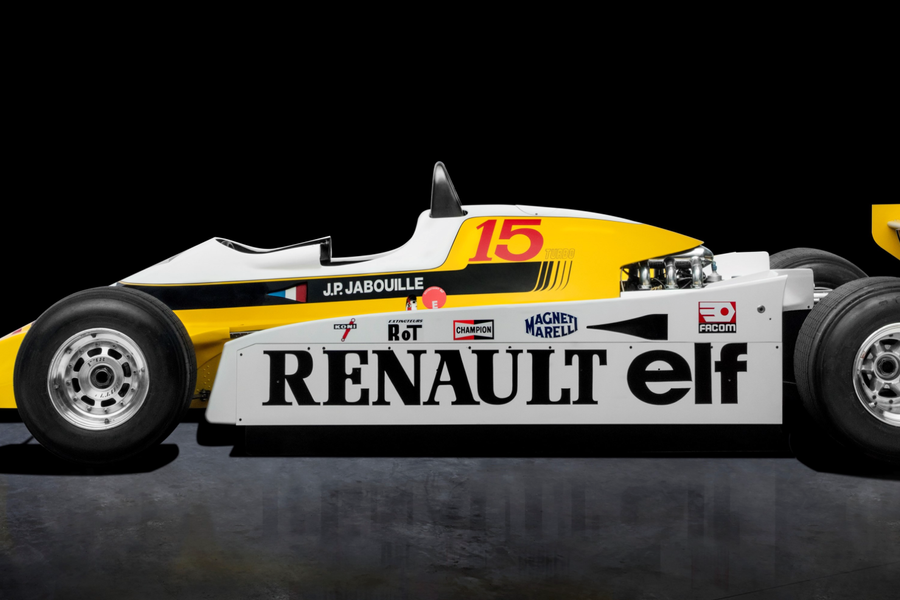 Renault is showcasing its pioneering role in the development of turbocharged cars this week at Retromobile on a stand that will feature the car that gave them their first Formula One win, and the first for a turbo-charged car, the Renault RS10 that headed home the field at the 1979 French Grand Prix.

Having introduced their first turbo-charged car, the RS01, at the British Grand Prix in 1977, the French marque had worked hard on the reliability of its 1.5-litre V6 engine, which often blew up spectacularly early in its development. They scored their first points at the 1978 US Grand Prix when Jean-Pierre Jabouille came home fourth in an RS01.

While the 1979 French Grand Prix is often remembered for the wheels to wheel battle between Gilles Villeneuve and Rene Arnoux’s Renault for second, out front was Jabouille who was rewarded for his patience and hard work developing the car with its first won. Aaron went on to take second two weeks later at Silverstone, and again at Watkins Glen in the final race of the season, Renault finishing sixth in the Manufacturers points.

With Renault as the pace-setters, turbo-charged engines came to dominate Formula One, heralding an era of outrageous power wit over 1,000BHP from some engines n qualifying specification.

Retromobile is at the Porte de Versailles, Paris, on 6th-10th February.