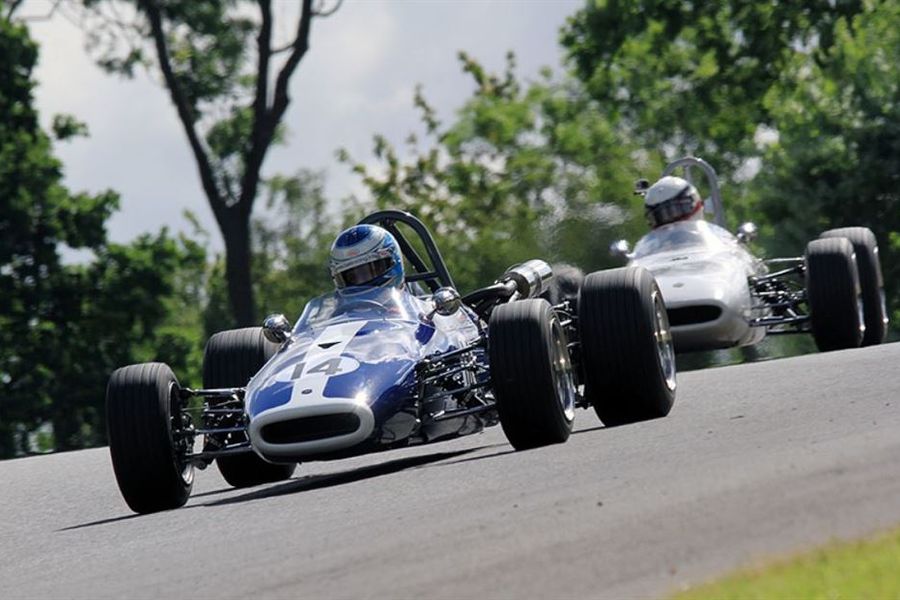 The 2018 edition of the annual Historic Formula 3 Nations Cup will be held at the HSCC Legends of Brands Hatch meeting over the weekend of 30th June/1st July.
Organised by the 1000cc F3 Historic Racing Association, the Nations Cup is open to a maximum of two teams per country with each team comprising up to three cars. The top two cars from each country score points based on finishing position in the two races and the top-scoring team wins the HF3 Nations Cup Trophy. Teams from regions or even UK counties can be entered.
This will be a return home for the Nations Cup as it was first held on the Grand Prix circuit at Brands Hatch in October 1966 when the British team of Chris Irwin, Piers Courage and Peter Gethin won the Cup with Irwin winning the race in his Chequered Flag Brabham BT18. That car is due on the grid at Brands 52 years later in the hands of Andrew Hibberd.
Subsequent Nations Cups were held at Hockenheim (Germany), twice at Karlskoga (Sweden) and once at Thruxton, which hosted the final Nations Cup for 1-litre F3 cars in 1970. The 40-lap Thruxton race, in September 1970, was won by the Brabham BT28 of Gerry Birrell.
In the Thruxton race, Bev Bond was part of the lead British team with James Hunt and Mike Beuttler. When Bond made an F3 racing comeback 40 years later, he took a role with the 1000cc F3HRA and suggested recreating the Nations Cup. Sadly, Bev passed away in November 2013 but his memory lives on in the Nations Cup as the winning team receives the GKN Forging Trophy that he won in the Formula 3 race at the 1971 Silverstone International Trophy meeting.
“Bev Bond was keen on resurrecting this event to be run as a light-hearted challenge for Historic Formula 3 cars,” said Keith Messer of the 1000cc F3HRA. “The Association has always shared the same enthusiasm for the idea. We hope to have at least half a dozen teams at Brands.”
The Nations Cup will be run within the HSCC Historic Formula 3 Championship double-header on the Brands Hatch Grand Prix circuit when a grid of around 25-cars is expected.