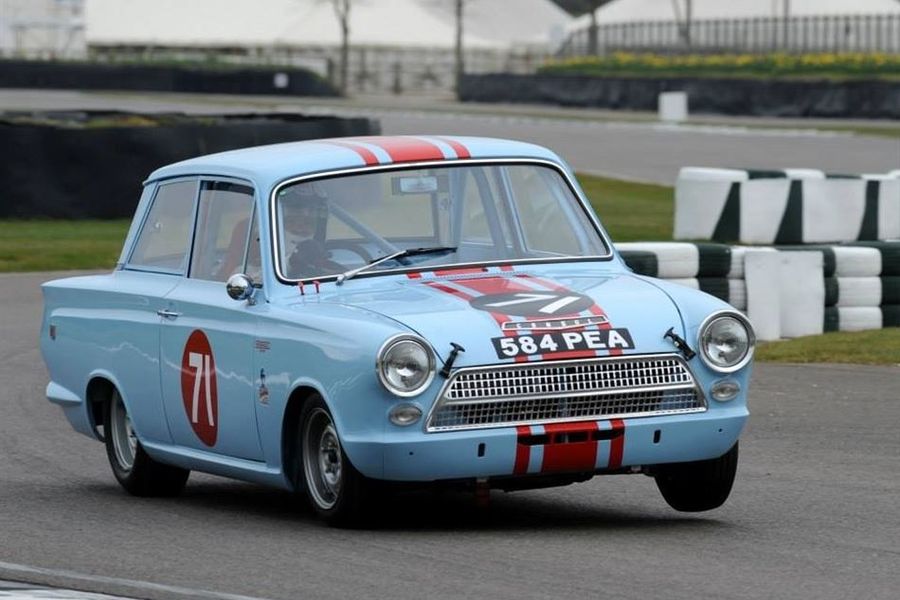 Fourteen British Touring Car race winners – including four series champions – are now confirmed to compete at the Goodwood Revival, September 11th to the 13th in a variety of sensational historic sports, GT and saloon racing cars.

Jason Plato, the most successful BTCC racer of all time in terms of race wins, is reunited with TV chef James Martin, star of BBC1’s Saturday Kitchen, in the St Mary’s Trophy that caters for racing saloons of a kind that competed from 1960-66. Two-time BTCC champion Plato, who currently races for the BMR Volkswagen team, and Martin will campaign the latter’s 1964 Morris Mini Cooper S.

Among their chief rivals will be current Honda BTCC pairing Matt Neal and Gordon Shedden, who have four championship crowns between them. The duo will share their own Ford Lotus Cortina in the race while Neal will also contest the RAC TT Celebration for early-1960s GT machines in a Sunbeam Lister Tiger.

Andrew Jordan, the 2013 BTCC champion, will provide another star attraction as he shares a similar Cortina with his father Mike – himself a BTCC race winner and two-time British GT champion. The Jordans finished second in the St Mary’s Trophy last year in their Austin A40.

Three-time World Touring Car champion Andy Priaulx, who has returned to the BTCC this year with the WSR BMW team, remains behind the wheel of one of the German manufacturer’s cars at the Revival. He drives an 1800 TiSA in the Mary’s Trophy while his regular WSR team-mate, Sam Tordoff, takes the wheel of a Fiat Abarth 1500S.

Two more BTCC race winners, Jackie Oliver and Darren Turner, will also have TiSAs at their disposal in the St Mary’s and will drive, respectively, a Jaguar E-type and an AC Cobra in the TT.

Steve Soper, the BTCC series runner-up in 1993, races a Cortina while Tiff Needell, whose lone win in the championship came four years earlier, has a Jaguar Mk2 at his disposal and Tom Kristensen, a three-time race winner in the BTCC in 2000, will race a Ford Fairlane Thunderbolt in the St Mary’s as well as the unique Lister-Jaguar Coupe in the TT.

Four more drivers with touring car pedigree; 1970 European Champion Jochen Mass, former German and Italian title-winner Emanuele Pirro, sportscar legend Derek Bell and ex-BTCC front-runner Patrick Watts have also confirmed their drives for the Revival. Mass and Bell won the RAC TT in, respectively, 1972 and ’73 during a time when the race formed part of the BTCC calendar. While both drivers will take part in the Freddie March Memorial Trophy on the Friday night of Revival – Mass in a Mercedes-Benz 300 SL ‘Gullwing’ and Bell in a Jaguar C-Type – the German will also race a Ford Galaxie 500 in the St Mary’s Trophy.

Pirro will pilot a Mini Cooper S in the latter encounter and an exquisite Ferrari 500 TRC in the Lavant Cup, held exclusively for 1950s drum-braked Ferrari sports racing cars this year.

Watts races a Cooper-Bristol T25 against Mass in the Freddie March Memorial Trophy, while Andy Wallace, whose BTCC appearances in 1993 are largely forgotten against a sportscar career that includes a Le Mans victory, will battle against him in a Jaguar C-Type and will also drive a Mk2 Saloon in the St Mary’s Trophy.