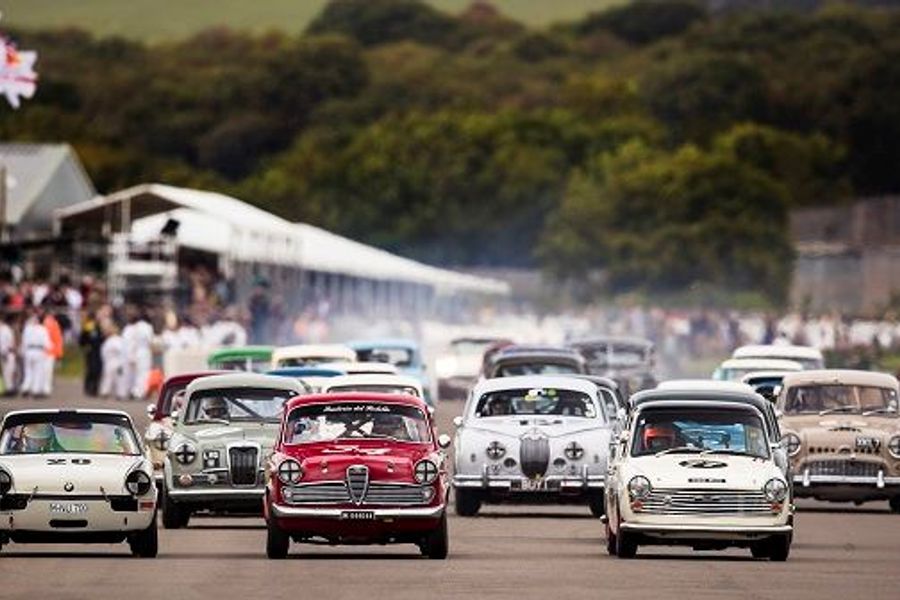 The biggest majority of these wins come from the British Touring Car Championship, with six champions, sharing 11 titles between them. Current champion Ash Sutton will lead the charge of BTCC champions, making his Revival debut in a Ford-Lotus Cortina, going head-to-head with 2013 Champion and Goodwood regular Andrew Jordan, who will take to the driver’s seat of the Jordan Racing Team-prepared Cortina of Take That singer Howard Donald.

Three-time champion Matt Neal will be in action alongside former BTCC competitor Nick Whale in the latter’s Studebaker Lark Daytona, while Neal’s former Team Dynamics team-mate, and fellow three-time BTCC champion, Gordon Shedden will return to action on British soil for the first time since moving to WTCR with Audi for 2018.

With a mammoth 96 wins and two titles to his name, Jason Plato will bring one of the most successful BTCC CVs of all time to the table in the RAC TT Celebration, sharing a Chevrolet Corvette Stingray with long-time Revival partner, Craig Davies.

British Touring Car winners from every decade since the 1960s will be in action across the weekend, with the earliest decade represented by Jackie Oliver – who took four wins in his Ford Mustang in 1966 and ‘67. Stuart Graham (19 wins) and Derek Bell (1973 Silverstone TT) represent the 1970s, while Tiff Needell and Steve Soper wave the flag for the 1980s.

Bringing some Italian flair to the Revival will be 1994 British Touring Car Champion Gabriele Tarquini, making his first appearance at the Revival for over a decade. Tarquini, fondly remembered for his brilliant drives in the Alfa Romeo 155 in the BTCC, and currently leading the World Touring Car standings in the BRC Racing Team Hyundai i30 N TCR, will also race in the St Mary’s Trophy.

The new millennium of BTCC race winners is represented with Goodwood regulars Rob Huff and Darren Turner, who both enjoyed success in the mid-2000s with the SEAT Sport UK team, while three-time World Touring Car champion Andy Priaulx’s two wins in the 2015 season for West Surrey Racing brings the championship right up to the modern era.

With continental success coming from the likes of Emanuele Pirro and Jörg Müller, this year will provide one of the strongest contingents of Touring Car stars ever assembled at the Goodwood Revival.