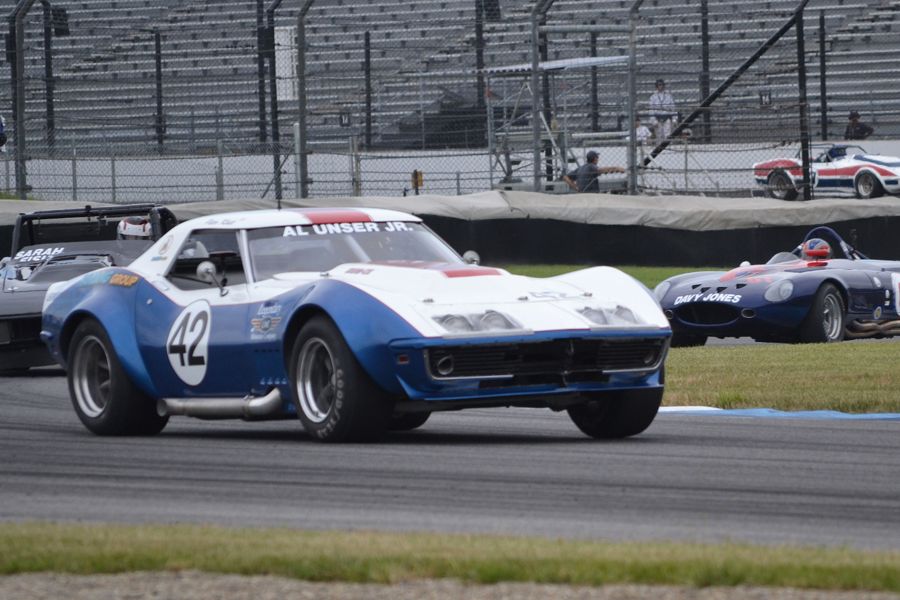 “No matter how many Charity Pro-Am races we organize, I still pinch myself when I think of the heroes who come race with us. All of us at SVRA are honored,” said SVRA CEO Tony Parella. “Today we have joining us terrific drivers with amazing credentials. We’re talking overall wins in the 24 Hours of Le Mans, the Daytona 24 Hours, and the 12 Hours of Sebring. They have IROC experience, Trans Am championships, and dozens of major sports car victories. That doesn’t even do them justice because the list of their collective accomplishments is flat-out amazing.”

Brabham was a master of sports car racing and the star driver of the dominant Nissan team that won four successive IMSA GTP championships from 1988 through 1991. During this time he scored an amazing 27 overall victories.  He also won the 1993 24 Hours of Le Mans, the 1989 and 1991 12 Hours of Sebring and the 1981 Can-Am series championship. Geoff’s outstanding career earned him six invitations to compete in the elite IROC series where he won two races.

He began racing Formula Ford in Australia in 1973 and won the 1975 Australian Formula 2 championship and the 1979 Formula Super Vee championship before reaching the top levels of the sport. Geoff was inducted into the International Motorsports Hall of Fame in 2004, and the Australian Hall of Fame in 2018. Brabham is a 10-time starter in the Indianapolis 500, with a best finish of fourth in 1983. He was active in the Indy car series during the 1980’s recording eight podium finishes and 31 top tens.

Dallenbach launched his professional racing career in the Trans Am series in 1984. He was immediately successful, winning the Rookie-of-the-Year title. The following year he won the championship for Jack Roush’s Mercury Capri to make him, at 22, the series’ youngest champion. He repeated as champion again in 1986 for the Protofab Camaro team. These championships earned him an invitation to the elite IROC invitational series in 1987. Other outstanding accomplishments include four class wins in the 24 Hours of Daytona and the 12 Hours of Sebring.

Dallenbach began an eleven-year NASCAR Cup career in 1991; scoring 23 top tens – two coming in the Daytona 500 – in 226 races. In addition to NASCAR Cup and Trans Am, the versatile Dallenbach has competed in NASCAR Truck, Xfinity, IndyCar, IMSA Camel GT, and a win in the open wheel division at the Pikes Peak International Hill Climb. He extended his career by becoming a motorsports commentator for TNT and NBC. Dallenbach has also served as a chief steward with the Trans Am Series Presented by Pirelli.

Fellows built an exceptional career in auto racing both at the wheel and on the business side with ventures such as the Ron Fellows Performance Driving School and Canadian Tire Motorsport Park among others.  He is one of Trans Am’s most prolific winners with 20 overall victories, including his latest coming in 2014 after an 18-year hiatus. During a driving career that dates back to the early 1980’s, he amassed an amazing record of championships and victories across a dazzling array of disciplines.

His major accomplishments include 27 ALMS wins where he also won three consecutive GTS class driver’s championships. He was the overall winner in the 24 Hours of Daytona in 2001 and brought home two first-place GTS class trophies at the 24 Hours of Le Mans in 2001 and 2002.  Fellows competed in all three of NASCAR’s top series, Cup, Nationwide (now Xfinity), and Trucks. He was particularly successful in Nationwide where he picked off four victories to go along with eight other top-five finishes. In the truck series, he scored two wins and two thirds in just 15 races.

The latest entries build on a stellar field that already includes Al Unser Jr., Willy T. Ribbs, Max Papis, Lyn St. James and Davey Hamilton that sets up a classic inter-disciplinary battle of titans much like the original IROC series. Plans call for two points championship trophies to be awarded – one for both an amateur and a professional racer.

The new Road Atlanta Charity Pro-Am will support Hope For The Warriors, a national nonprofit organization that provides assistance to combat-wounded service members, their families, and families of those killed in action. The organization focuses on those involved in Operation Iraqi Freedom and Operation Enduring Freedom and their families. The SVRA race weekend will run during their Month of the Military Child.

SVRA officials have set a goal of expanding the VROC series to five races with a television package and entitlement sponsor by 2020. As with previous pro-am races, the cars are 1963 to 1972 vintage Corvettes, Camaros, and Mustangs of SVRA “Group 6” A and B Production. This year, two points championship trophies to be awarded – one for both an amateur and a professional racer.