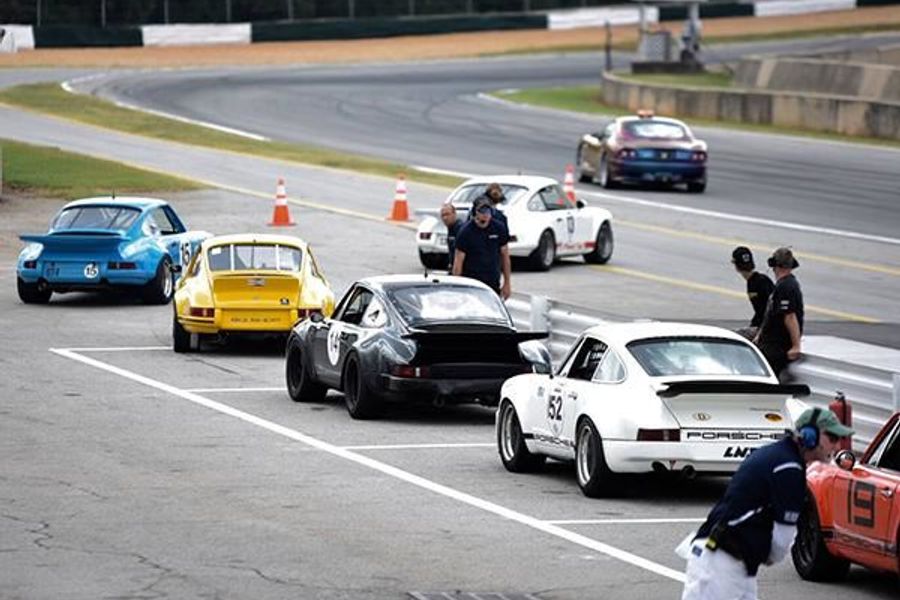 Porsche will be the featured marque when Speedfest at the Classic Motorsports Mitty presented by Hagerty and sanctioned by Historic Sportscar Racing (HSR) returns to Road Atlanta, April 20th-23rd, and the event's Grand Marshal will be a racer who is closely tied to the brand: Hurley Haywood.
Haywood's association with Porsche began more than 45-years ago. During that time he's driven Porsches to victory five times at Daytona, three times at Le Mans and twice at Sebring. The most successful endurance driver from North America is now a regular on the vintage race circuit and has competed many times with HSR, including at the inaugural Classic 24 Hour at Daytona.
"When Porsche was announced as the featured marque of the 2017 Speedfest at the Classic Motorsports Mitty last year we knew their couldn't be a better fit for the 40th edition of one of HSR's premier events," said HSR President David Hinton. "Now, this perfect match gets even better with America's greatest endurance race driver, Hurley Haywood, as the event's Grand Marshal. Hurley is synonymous with Porsche racing, an HSR supporter on and off the track, and we are honoured to have him preside over this milestone edition of the Classic Motorsports Mitty.
Haywood will be signing autographs for fans at the Mitty on Saturday afternoon in the infield's Classic Motorsports tent. That will be followed by a special party for VIP ticket holders, sponsors and special guests, who will have the opportunity to spend time with Hurley and hear colourful stories from his racing career.
This year's Mitty will also offer the ultimate adventure for Porsche fans, a road tour from the Porsche Experience Center to Road Atlanta on Friday, April 21. The Porsche Experience Tour presented by Michelin is limited to just 50-cars and will include a tour of the auto manufacturer's enthusiast-focused headquarters in Atlanta. Following that, participants will drive some great Georgia back roads to Road Atlanta for a parade lap of the track and dinner.
The weekend's centerpiece HSR vintage racing will continue to offer plenty of appeal for Porsche fans, with the Porsche Classic devoting two different feature races to the marque. The Mitty will also welcome the return to Road Atlanta of the HSR Classic RS Cup series, which rekindles the thrill of the original 1970's International Race of Champions (IROC) Porsche race series featuring Porsche 911 Carrera 3.0 RS. Inaugural HSR Classic RS Cup Champion Mike Banz moved his title defence off to a good start this past weekend in the 2017 season-opening race at Sebring International Raceway where he took the Classic RS Cup race win in his in his 1974 No. 13 Porsche 911 RSR.
Next up for HSR is the annual Exhibition Race at Sebring International Raceway during the 65th running of the Mobil 1 Twelve Hours of Sebring, March 15th-18th. The entry deadline to have a chance to participate in this exclusive event is today. More infomration and and the entry form can be found by clicking here.
Hurley Haywood Mitty Haywood HSR Road Atlanta