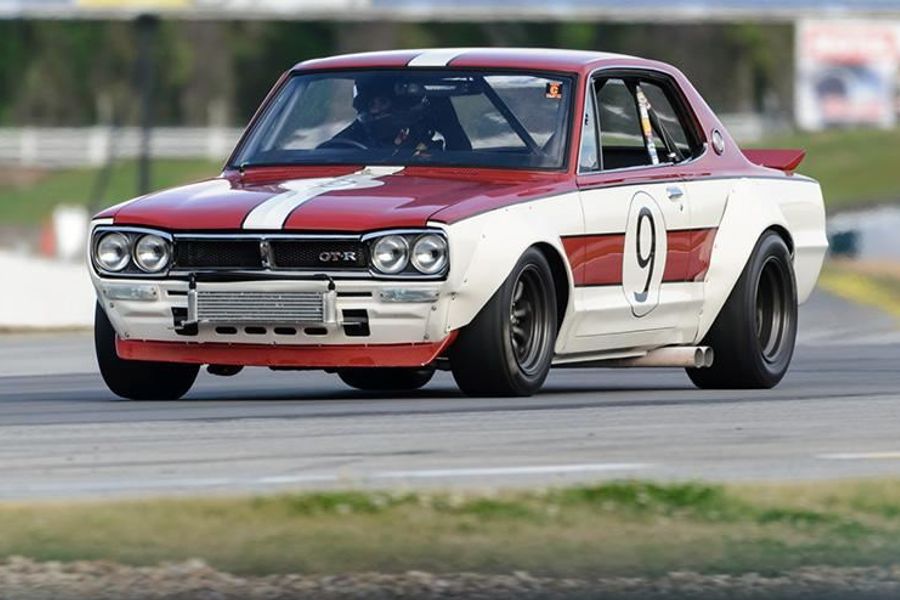 Alex McDowell had the only Skyline in a field of more than 40 cars in Saturday's Nissan/Datsun Feature Race at the HSR Classic Motorsports Mitty presented by Hagerty but that did little to stop him from taking the overall victory in his 1971 No. 9 Nissan Skyline GT-R C10 in the showcase race of The Mitty weekend at Road Atlanta.

Nissan/Datsun is the featured marque of this year's 41st HSR Classic Motorsports Mitty, which opened the door for Nissan Skyline and Infiniti race cars to join the celebration. McDowell made the most of it and stood on the top step of a Nissan/Datsun Feature Race podium that well represented the past 50 years of the brand's accomplished racing history in North America.

A strong entry of Datsun 510s added to the high-speed mix with competitors racing for special 510 class honors in the overall Nissan/Datsun Feature Race. Ron Branom raced to an impressive ninth-place overall finish in his 1971 No. 177 Datsun 510 - the only 510 in the top-10 - and took home first-place class honors.

Other Saturday Feature Race winners at The Mitty included Gary Moore, who took overall and American-class honors in the SascoSports International/American Challenge Race B. Moore moved his 1966 No. 98 Shelby GT350 into the lead on the last lap when the 1967 No. 00 Camaro Z/28 of Chuck Bentley slowed with an engine issue. Bentley held on for runner-up honors while Curt Vogt finished third in his 1965 No. 530 Shelby GT350. All three of the podium finishers are prepared by Vogt's Cobra Automotive team.

Cody Ellsworth raced to a top-five overall finish and took Porsche class honors in the SascoSports race in his 2009 No. 1 Cayman S. Willis Woerheide finished sixth overall and second in class in his Savannah Race Engineering prepared 1973 No. 5 Porsche 911 RSR while Fred Schulte rounded out the class top-three in his 1973 No. 31 Porsche 911 IROC.

The International division in the SascoSports race saw Bob Summerour come home first in his 1973 No. 201 BMW CSL. He shared the International podium with the second-place 2008 No. 214 Mazda MX-5 of Adam Diamond and the 1966 No. 141 Sunbeam Tiger of John Sybrandt in third. 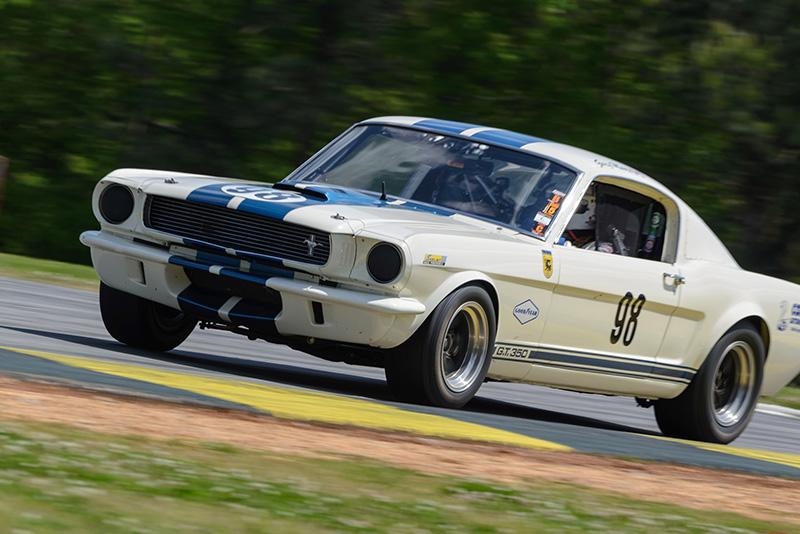 Inaugural 2016 Global GT Champion Jonathon Ziegelman made yet another trip to the top step of the Road Atlanta podium Saturday with a win in the Global GT Feature Race in the KMW Motorsports 2007 No. 917 Porsche 997 GT3 Cup. 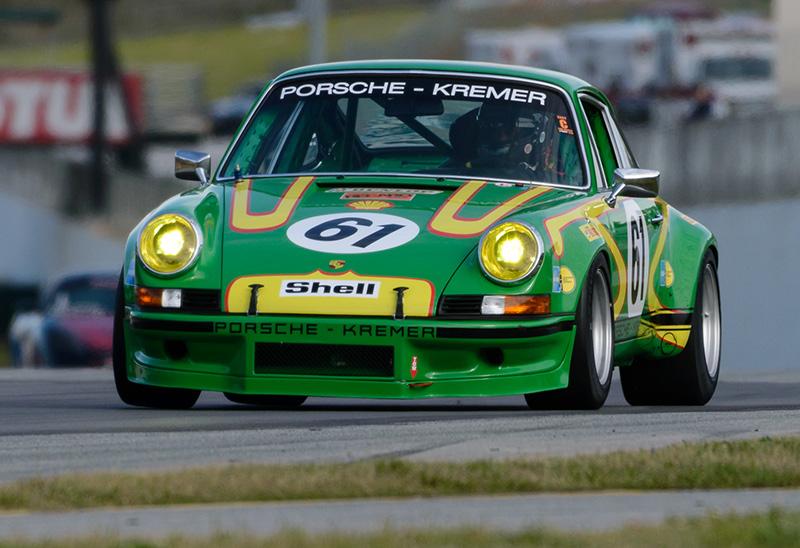 Woerheide finished second in the Classic RS Cup race in the 1973 No. 5 Porsche 911 RSR to make it a pair of podium runner-up finishes on the day. Byron DeFoor finished third in his Heritage Motorsports 1973 No. 50 Porsche 911 RSR.

The competitors in the guest Formula Junior Run Group ran their first of two Feature Races on Saturday and the sprint was won by Robert Hoemke in his 1962 No. 4 Cooper T59.

Formula Junior runs its final Feature Race on Sunday at 12:15 p.m. EDT while the second and final WeatherTech Sprint races of the weekend will anchor the Sunday schedule and bring The Mitty to a close with the final green flag scheduled to wave at 5:05 p.m. EDT.