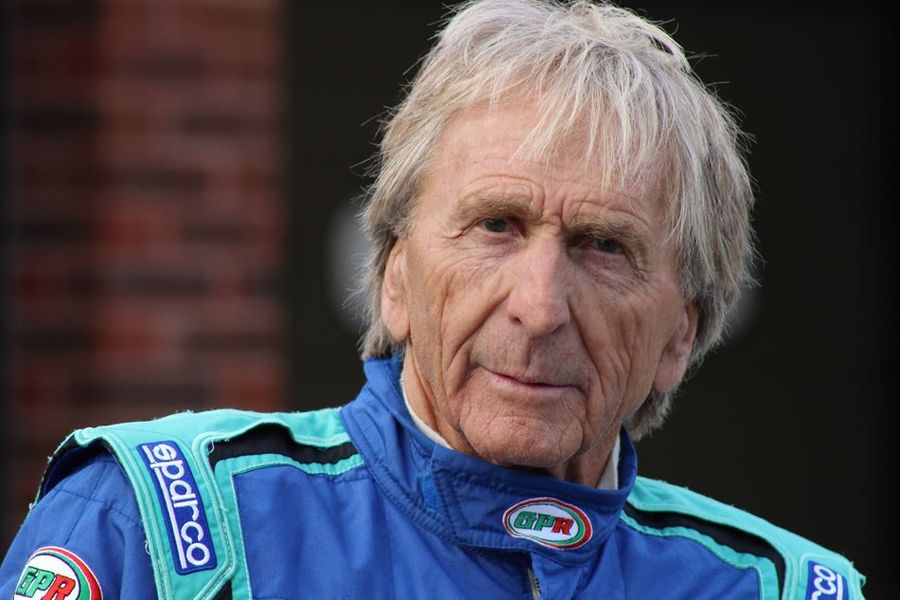 Earlier in 2018 there was much talk about Derek Bell being re-united with a Porsche 917 for this weekend’s Le Mans Classic.  In this exclusive Historic Racing News interview, Derek explains to Paul Tarsey just why he chose not to race.

“I was contacted by Willi Kausen about driving the 917” explains Bell (using the American style nine-seventeen name after living in the USA for many years).  I had heard that Norbert Singer was involved in the project and I said that I would only drive the car if Norbert engineered it.  We agreed terms and I headed off to Spain to test it,  I walked down to the car in the paddock and it had John Woolf Racing on the side and of course John Woolfe got killed in that very car on the first lap of the Le Mans 24 Hours in 1969.”

“I have quite a lot of feeling and I thought ‘how can I drive that car, knowing Woolfe died in it’ although there is probably only the chassis plate that is original bearing in mind the car broke in two in the accident.  I drove it for two days at Valencia and we were improving it from the original 1969 aerodynamics.  Norbert changed the under wing slightly and that made no difference at all and then he put a couple of Gurney flaps the size of an ipad on top of the rear wing and we were 5 seconds a lap faster!”

Bell raced at a time when cars were dangerous and circuits even more so, although his in-period memories of the 917 are different from the regularly told stories.  “By the time I got to drive the Wyer 917 it was actually quite a nice car to drive, though 236 mph  down Mulsanne was pretty scary”, he says with his trademark understatement.  “I hadn’t told Misti (Bell’s wife) that I was driving that particular car and I was very aware that you are still doing 200mph out there … and that perhaps there are some people who shouldn’t be out there but have the money to do it.  Taking evasive action through the sweepers on the way down to Arnage didn’t appeal to me (that Bell understatement again!)”.

“We finished at Valencia and planned to go testing about a month later and just as we were finishing a German journalist came up to me and asked me about Rolf Stommelen.  Of course Rolf died when he had just taken the car over from me at Riverside California.  We were in the lead and the body came off and he hit the wall and was killed.  Just as we had finished, a Can Am car was pushed across the paddock and it had Jo Siffert’s name on the side.  Jo was also a team mate and he died at Brands Hatch.  I got to the airport and my son Sebastian phoned me to say that Henry Hope Frost had died in a road accident.  I just thought ‘there are too many co-incidences here and when I got home I talked to Misti and Justin and then sent a note to Willi Kausen and told him I wouldn’t be driving the car”.

After such a wide ranging and successful career every true-blue motor racing fan will understand Derek Bell’s point of view but we will all wonder, just a bit, what it would have been like to see that famous white crash helmet with the blue and orange stripes through the iconic side window of a 917 at Le Mans.