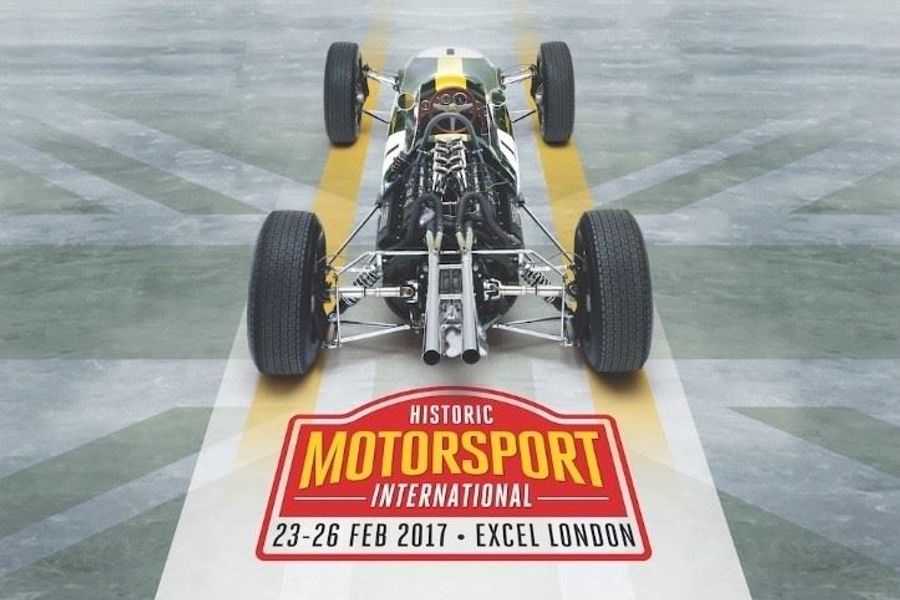 Celebrating its status as a leading organiser of historic race meetings and championships in the UK, the HSCC - Historic Sports Car Club - has confirmed a major presence at Historic Motorsport International (HMI), the new exhibition and conference to be held at London’s ExCeL centre from 23rd to the 26th of February 2017.

With more than 50-years of experience behind it – the HSCC was founded in 1966 – the club runs no fewer than 16 top-line historic motor racing championships and series, with an International FIA Series for Historic Formula 2 as well as championships for Classic Formula 3, Historic Formula Ford and Historic Touring Cars. It also organises 13-race meetings throughout the UK every year.

These include the world’s largest motor racing event, the Silverstone Classic boasting more than 1,100 entries each year, as well as a number of other important historic motor racing festivals and races including the Brands Hatch Historic Superprix, the Oulton Park Gold Cup and the popular Croft Nostalgia Meeting.

Its stand at HMI will feature a number of cars from its diverse championship portfolio including a mighty Formula 5000, a DFV engined Lola Sports Racing Car from its Pre 80 Endurance Series as well as an iconic single seater from the Historic Formula Ford championship in celebration of the Formula’s 50th anniversary in 2017. A number of F1 champions, including Emerson Fittipaldi, Ayrton Senna and Jenson Button, were Formula Ford graduates.

Grahame White, CEO of the HSCCC, said: “For the past five decades we have been at the forefront of historic motor racing in the UK as a pioneer and an innovator. We are delighted to be part of a new show dedicated to ‘our’ sport and we are equally pleased that HMI is to be held in the capital where it will introduce a wider audience to the pleasures of historic motor racing.”

The HSCC is just one of a number of organisations involved in the growing historic motorsport industry that will be exhibiting at HMI. Others include a number of further competition organisers – Motor Racing Legends, Classic Sports Car Club, Equipe GTS and U2TC – as well as specialists such as Dunlop Motorsport and competition car sales experts Taylor & Crawley and Duncan Hamilton & Co. In total there will be more than 100 competition cars offered for sale at the show.

Unique event features include the inaugural Historic Motorsport Conference. Hosted by broadcaster and journalist Henry Hope-Frost, the ticketed conference will examine a wide variety of controversial topics including the use of modern technology in classic race and rally cars, driving standards and sponsorship.

HMI is staged by Brand Events, the company behind a raft of successful motoring events including CarFest, Top Gear Live and the recent IGNITION Festival of Motoring. It will be held alongside another motoring exhibition from Brand Events, the London Classic Car Show, now in its third year and looking to build on the record 33,000 visitors who visited the 2016 event.

They will be held at ExCeL London, on 23rd to the 26th of February, with access to both shows included in the entry price. Historic Motorsport International will open its doors at 10am on Thursday 23rd of February, while the London Classic Car Show will burst into life at 3pm that afternoon.