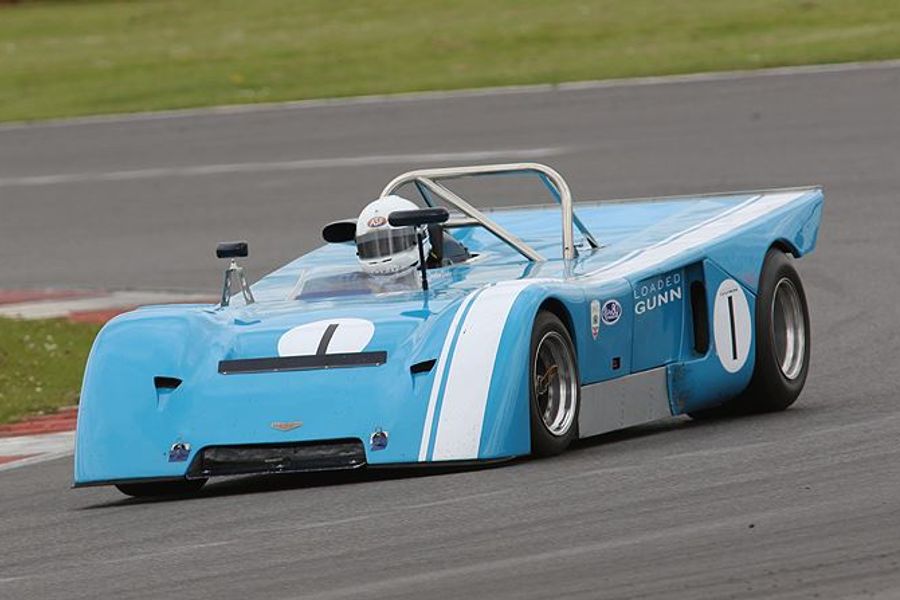 The Historic Sports Car Club will launch its 50th anniversary season with a major display of period racing cars at Autosport International at the Birmingham NEC (14th to the 17th January).
Star-billing on the Club’s stand (number 6730 in Hall 6) will go to the Jaguar D-type raced by Neil Corner to win the inaugural Griffiths Formula race at Castle Combe in May 1966. The D-type will be joined on the stand by the Lotus Mk10 that finished second in the race in the hands of Chris Warwick-Drake and an Aston Martin DB3S of the type that finished third. The Griffiths Formula race was a race for sports cars from 1945 to 1955 and it led to the formation of the HSCC.
As many as eight more cars will be on display to trace the story of the HSCC across half a century. The Formula Junior Lola Mk2 of Tony Steele marks the Club’s long association with the Junior category and back in 1976 Steele won the Formula Junior class of the Club’s Single-Seater Championship.
Club chairman Frank Lyons will have two cars on show. His stunning Gurney Eagle FA74 marks 30 years since the HSCC first included Formula 5000s in the fore-runner of the Derek Bell Trophy. Also from Lyons’ stable is a McLaren M26 Grand Prix car, marking the Club’s role in the development of Historic Formula 1 through the 1980s and 1990s.
The Chevron B19 of Jonathan Loader will bring back memories of the RJB Mining Group 6 Championship, which enjoyed great support through the 1990s. The Chevron is also now a contender in the Club’s new-for-2015 Pre ’80 Endurance Series.
Representing Historic Formula Ford, one of the Club’s longest-running and most popular categories, is the Jamun T2 of Will Nuthall, while the newest category in the Club’s portfolio, the Super Touring Trophy, will be represented by the Honda Accord of Graeme Dodd.
Completing the display will be a Can-Am McLaren M8E, as the 50th anniversary of the class is also celebrated, and a 1950s Cooper Bristol MkII single-seater to recall the Lloyds and Scottish Historic Car Championship run by the HSCC in the 1970s.
“We’ve got a tremendous line-up of cars at the NEC to launch our 50th anniversary season,” said HSCC Chief Executive Officer Grahame White. “I’m particularly pleased that we’ve been able to track down the cars that finished first and second in the Griffiths Formula race at Castle Combe in 1966.”
During the Autosport show, the HSCC will release more details of its three key 50th anniversary season race meetings at Castle Combe (16th and 17th of April), Brands Hatch (2nd and 3rd of July) and Oulton Park (27th to the 29th of August).