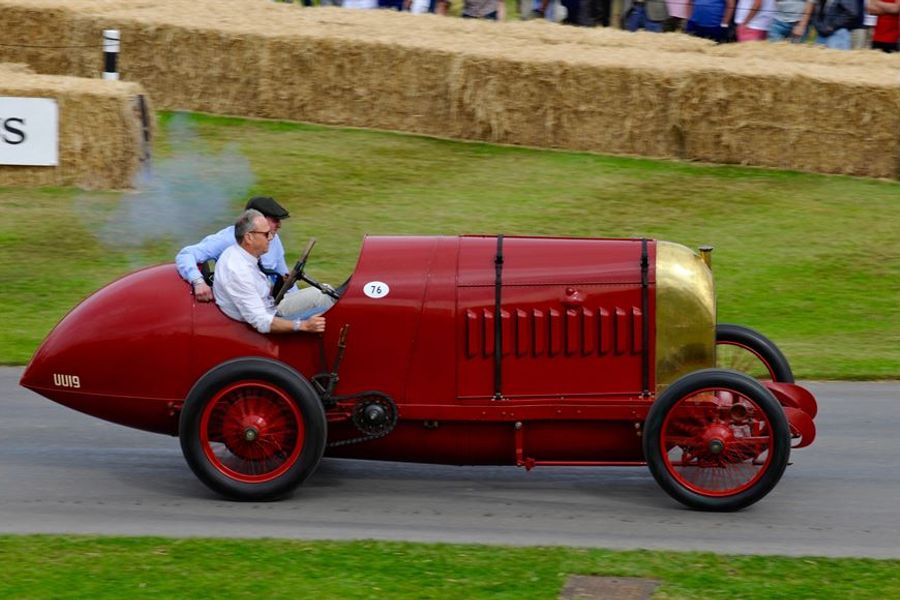 Six very special racing cars will deliver the sound of thunder as they take to the Grand Avenue at Historic Motorsport International at London’s ExCeL, next year (15th-18th February). Following a hugely successful opening show in 2017, HMI is expanding for its second year and moving halls within the exhibition centre to join the London Classic Car Show, its sister event.
The change will allow a number of star cars to take advantage of the innovative Grand Avenue – an automotive catwalk along which the stars of the show are driven. The sight and sound of all manner of classics and supercars on the move adds a totally new dimension to the exhibition. And HMI aims to make the most of the move by assembling its very own paddock supported by Octane magazine featuring six unique racing cars that fit with the Grand Avenue’s 2018 theme of ‘Specials'.
The eye-catching new enclosure will be located right in the heart of HMI at the opposite end of the indoor roadway to the familiar London Classic Car Show paddock. Here the cars will not only be on permanent public display when not performing but visitors will also be able to savour the sounds and smells of these cars being fired up in readiness for action. The innovation will add yet more excitement – more so as the first of the six to be identified is an Edwardian Fiat, better known as the ‘Beast of Turin’, a flame-spitting 28.5-litre behemoth that claimed a world land speed record in 1911 at 116 mph.
Event director Alexia Antikides said: “HMI reflects the UK’s leading role in the world of classic motor racing and rallying, and is a platform for engineering and preparation experts, event organisers and promoters and participants. Moving the show from the other side of the ExCeL centre to join the London Classic Car Show gives it more space and even more of a presence.
“Best of all, it gives us access to the Grand Avenue where we promise to exercise some seriously exciting racing cars – unique one-offs that redefined their respective eras. The Beast of Turin is just the start: watch the space to discover what else we have planned.”
Other innovations planned for HMI in 2018 include a special hospitality hub open exclusively to exhibitors and their guests. The HMI Drivers’ Club is supported by leading companies at the heart of historic motorsport including British Motor Heritage, Dunlop HP Tyres and Piloti, makers of professional and competition driving shoes. The Drivers’ Club will be a central meeting place where exhibitors can catch up with existing and potential customers, colleagues, friends and the trade.
Confirmed exhibitors read like a who’s who of the historic motorsport world. They include organising clubs such as the Veteran Sports Car Club (VSCC), Under 2-Litre Touring Car (U2TC) and Pre ’63 GT Championships, the Historic Sports Car Club (HSCC), and the Historic Grand Prix Cars Association (HGPCA).
Equipe GTS, which runs racing championships for pre-1966 FIA GT cars, is also taking space, alongside racing manufacturers such as Crosslé and Lister Cars and specialist dealers and preparation experts like Hall & Hall, the Old Racing Car Company, Quinntech Racing and Tech 9 Motorsport.
Engine experts including Gosnays and Cosworth and event organisers and support companies including Rally Round, Supagard, Lista and Motor Racing Medics will also be on hand.
Many of the features of the first event will be back for 2018. The Supagard Theatre will again host HMI’s Conference Programme, which mixes debate on important issues affecting the sport with star driver appearances and other entertainment. Among the names appearing at HMI in 2017 were multiple Le Mans winners Jacky Ickx, Derek Bell, Emanuele Pirro and Jackie Oliver plus tin-top hero Steve Soper and F1 ace Martin Donnelly.