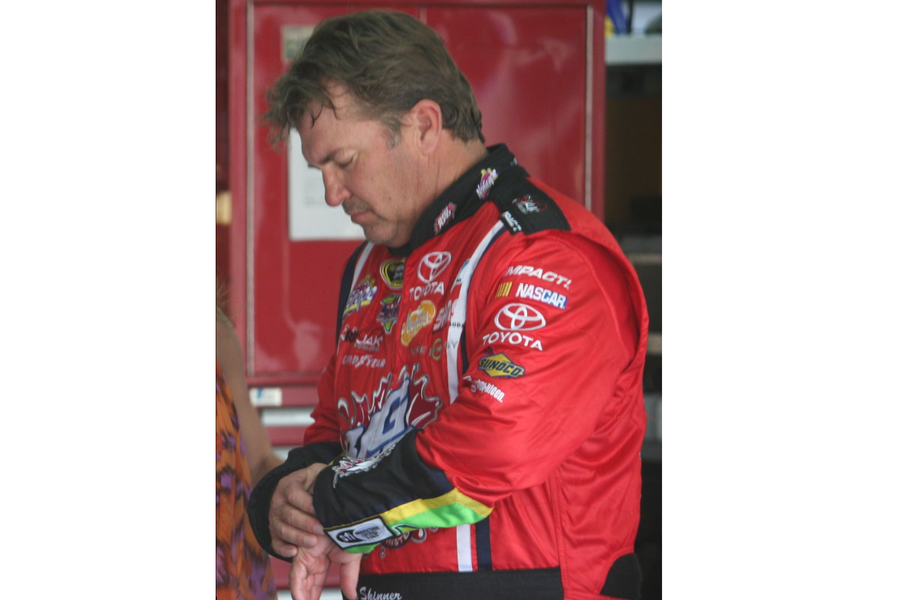 “One of our goals, since I acquired SVRA in 2012 was to attract the participation of high profile champion drivers like Mike, who respect the culture of vintage racing,” said SVRA CEO Tony Parella. “Their presence raises our profile and synergizes the other major pillars in our strategy – the national platform we have built, and the attraction of sponsors to our high net worth paddock as well as our growing fan base.”

Skinner’s first taste of SVRA racing came at last September’s VIR Charity Pro-Am, which benefited IGNITE – the Autism Society of North Carolina’s community center for young adults with high-functioning autism or Asperger’s syndrome. He co-drove the Group 6 Corvette of Sam Lacomte, the owner of the racer. The NASCAR champion came away impressed.
“Tony has done an amazing job of moving SVRA into the mainstream motorsports conversation,” Skinner said. “We all know the challenges of motorsport the last few years, but Tony has found a way to grow in spite of the challenges. The racing is high quality, the SVRA drivers are first rate, and, frankly, the camaraderie culture of vintage racing is a ton of fun.”

Skinner also shares that an important quality of SVRA’s VROC series is the aspect of charitable giving. He and his team stage charity functions at various events – some beyond motorsport – each year. They are particularly active in supporting Hope For The Warriors, a Virginia-based non-profit serving military veterans of the Middle East wars as they re-enter American society and grapple with PTSD challenges.

Skinner won the 1995 NASCAR Camping World Truck Series championship for legendary team owner Richard Childress. Childress had noticed his domination of the Caraway Speedway track championship as well as numerous other late model victories across the Carolinas the previous year and selected him to drive for his team in the inaugural season for NASCAR Trucks.

Skinner rewarded Childress’ trust by scoring 16 victories for the black No. 3 Goodwrench Truck across two seasons. He has a career total of 28 race wins and 50 poles in NASCAR Truck competition. In 1997 Childress promoted Skinner to join the great Dale Earnhardt Sr. as his teammate in NASCAR Cup competition. He again delivered by winning the 1997 Rookie-of-the-Year title as well as six pole positions and a pair of exhibition race victories in Japan.

In 2013 Skinner was recognized for his accomplishments when he was inducted into the West Coast Stock Car Hall of Fame. Skinner has continued his career with occasional races as well as hosting the NASCAR Radio show, “Skinner Round-up” with his wife Angie on SiriusXM. In addition to SVRA racing in 2019, the team plans a return to the Goodwood FOS with the Skinner Special.