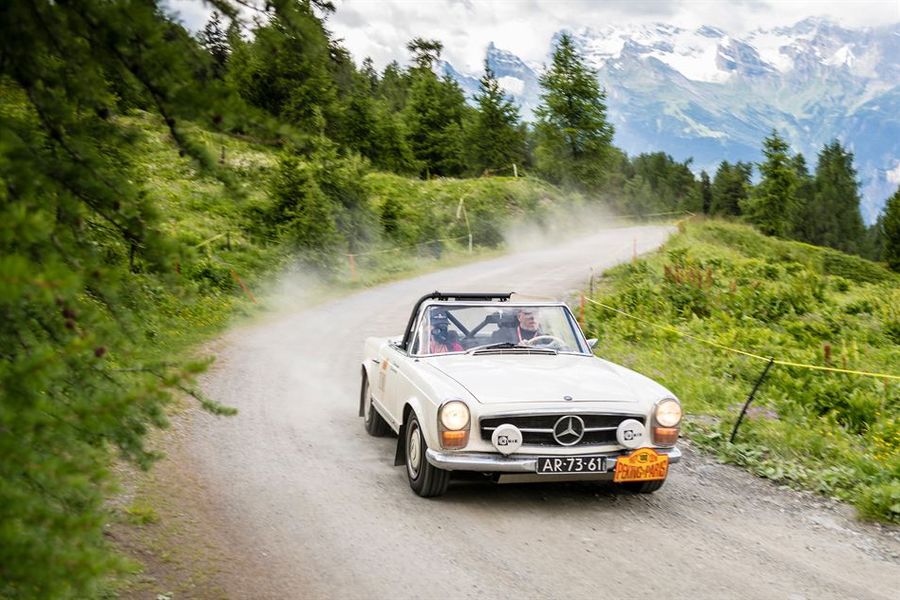 The Endurance Rally Association (ERA) is looking to take on the world with an exciting calendar of events that will explore six continents over the next four years. Between the start of 2018 and the end of 2021, the ERA will host a total of 16-endurance rallies, six of which will be brand new to the historic motorsport scene.

Rally Director Fred Gallagher said: “The ERA continues to go from strength to strength, and the next four years will see us doing what we do best – organising global events that offer great driving, fantastic company, and brilliant adventure!”

The ERA will kick off 2018 with The Road to Saigon, a follow up to the highly acclaimed Road to Mandalay, in February, before celebrating the tenth anniversary of the Flying Scotsman in April. Then it's off to the United States for the third Trans-America Challenge in May, before two events in September – the fourth outing of the Alpine Trial and the brand new adventure of the Himalayan Challenge for experienced rally crews.

The Flying Scotsman will open the ERA’s 2019 calendar as the team prepares for the mighty Peking to Paris Motor Challenge, the world’s toughest event for vintage and classic cars, in June. In September 2019, the ERA launches the Adriatic Adventure, a new rally exploring the mountains of the inland Balkans and the brilliance of the Adriatic coastline.

The brand new Rally New Zealand heralds the start of the 2020 diary in February, with competitors starting in Auckland and journeying to the finish line in Christchurch over 24-days. April’s Flying Scotsman provides the perfect interlude before the Sahara Challenge in May, with a 12-day adventure from Malaga to Marrakech. A new South American adventure from Lima to Cape Horn, ‘The Rally to the End of the World’ brings the year to a close.

The 2021 calendar starts with the inaugural Pearl of India, discovering the wonders of Southern India and Sri Lanka, over 21-days at the beginning of February. The Flying Scotsman in April and a second outing of the Baltic Classic in June pave the way for a brand new rally in October.

The ABC Rally will see the ERA venture to Australia for the first time with its Antipodean adventure starting in Adelaide, Southern Australia. Crews will journey into New South Wales and across to Canberra, taking in Bathurst, home of Australia’s most infamous racing event. It’s then on to the Gold Coast, Surfers Paradise and the half way point of Brisbane before following the coast line to the finish line in Cairns.

Fred added: “With so many of the winners of the Peking to Paris coming from Australia, it seemed only fitting to take the extensive experience of the ERA into their own backyard and create a unique rally adventure for vintage and classic cars.”

Before all of these new events, there is still one rally to go in the 2017 calendar – the Classic Safari in Africa, which started on Monday this week. today