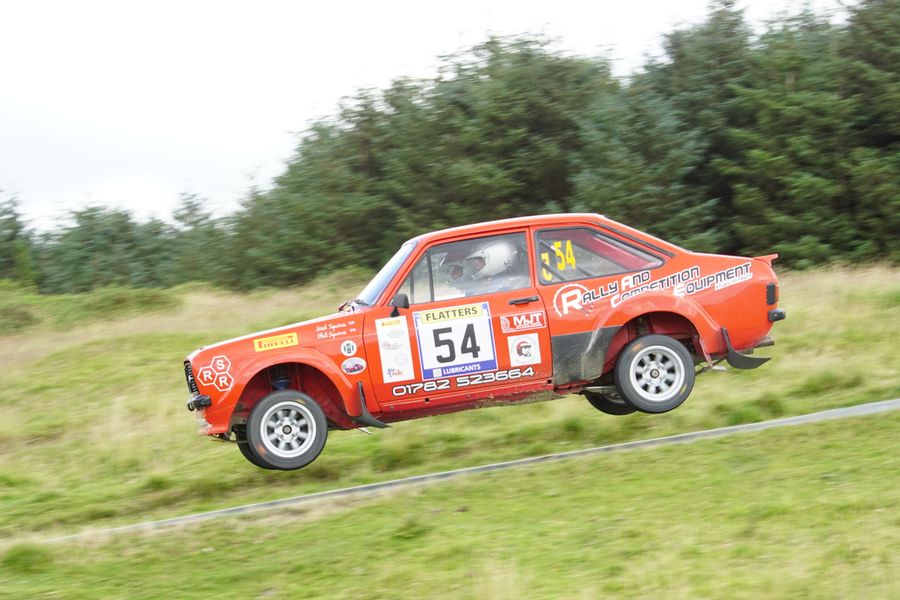 Nick Elliott and Dave Price made a perfect return to rallying on the asphalt roads of the Epynt ranges in mid-Wales to finish top of the FUCHS LUBRICANTS Motorsport UK British Historic Rally Championship contenders on round five, the Harry Flatters Rally (Sunday 28th July).

The Brecon Motor Club event marked the first asphalt rally of the championship season after the opening four gravel rounds. As well as being the fifth of seven BHRC rounds, the Harry Flatters was also the fifth round of BHRC2 supported by Sherwood Engines, which puts the emphasis on the Category 1 (pre-1968) and up to 1600cc cars in the championship.

At the end of a tense and exciting event, the top four BHRC crews were covered by just 11 seconds as Elliott/Price headed the similar Ford Escort Mk2s of Joe Price/Chris Brooks and Simon Webster/Jez Rogers and the flying Triumph TR7 V8 of David Kynaston/Val Thompson. Elliott’s winning margin after nearly an hour of rallying was just three seconds while Price edged Webster by one second as Webster clawed back eight seconds on the final stage.

Through the afternoon stages, Price belied his limited asphalt experience to set a fierce pace and grab a one-second lead going into the final stage. However, a gearbox problem cost him a little time and Elliott was four seconds quicker to snatch victory. Elliott was making a welcome return to rallying after an enforced three-month sabbatical due to a wrist-breaking accident on the Pirelli Rally at the end of April so BHRC victory on Epynt was the perfect way to rejoin the sport.

It was a day of immense competition in dry conditions over the challenging roads and Webster was relieved to finish after a high-speed off that could have gone badly wrong. Damage to the rear of the car showed they had been lucky after a tremendous performance that takes them into a narrow championship lead from Rudi Lancaster and Steve Bennett, who both took strong finishes on Epynt.

Ranged against the Escort hordes was Kynaston’s Triumph TR7 V8 and he had a brilliant day to give the TR its best BHRC result to date, finishing just seven seconds down on Webster.

However, it was not a good day for the Irish contingent as Stanley Orr/Grahame Henderson made the pace for much of the day in their Ford Escort Mk1 before retiring late in the rally with failing oil pressure. That non-finish is a big blow to Orr’s title bid, but he will aim to get back on track on the next round, his home event of the Ulster Rally in mid-August. Meanwhile, Adrian Hetherington and Ronan O’Neill were hobbled by major transmission problems early in the rally.