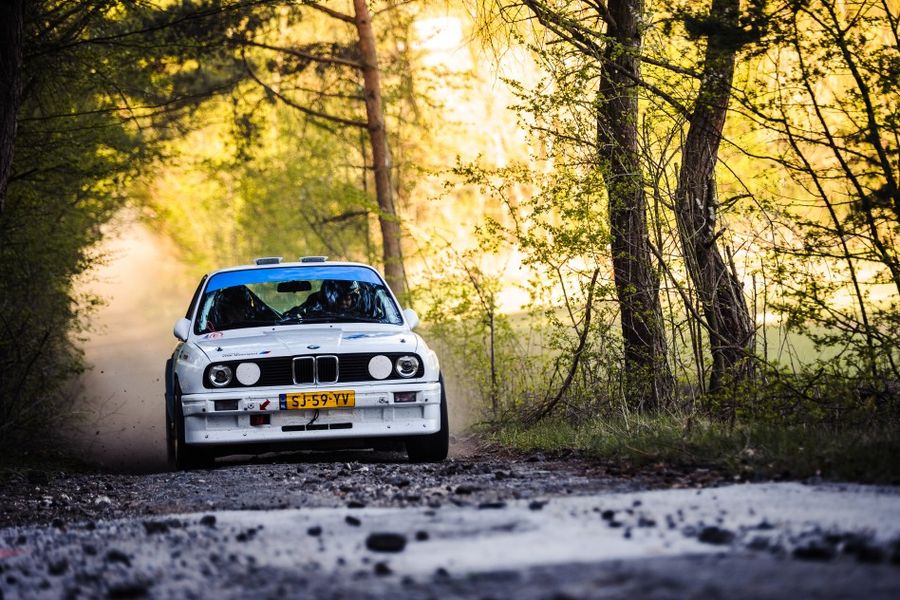 Round four of the 2019 FIA European Historic Sporting Rally Championship will take place on the 27th-29th June in Belgium, the 28th running of the Ypres Historic Rally. A total of 45 cars are entered in the rally which takes place on the twists and turns of the narrow roads around Ypres in Flanders, with most of the front runners in the FIA EHSRC taking partf

Category 4: Impressive Entry for the Top Class
Category 4 sees a strong line up of entries for the Ypres Historic Rally. The Ford Sierra Cosworth of championship leaders Mats Myrsell and Esko Junttila is a notable absentee from the roster, the Swedes electing to miss the Belgian event. They currently have a 7 point advantage over the chasing pack led by Spain’s Antonio Sainz and Javier Martinez, who will be hoping to take advantage of the Swedish crews’ absence in their Subaru Legacy Turbo 4WD.

The Lancia Delta Integrale of Round 2 winners ‘Lucky’ and Fabrizia Pons are entered, as is the BMW M3 of reigning champions Valter Jensen and Erik Pedersen. Tim and Steve Jones will be competing on the Belgian roads, defending their EHSRC class win on the 2018 Ypres Historic Rally in their Ford Sierra Cosworth.

The Lancia 037 of Finland’s Ville Silvasti also makes a welcome return to the championship in Belgium and Daniel Alonso has also entered in his Ford Sierra Cosworth.

The FIA EHSRC regulars will face some hard opposition from the local Belgian entries who are all specialists on this unique rally and will be hard to beat on their home event.

Category 3: Wagner Looking for Three Wins from Three Starts in Belgium
After taking the overall victory in Round Three in Spain, Karl Wagner and Gerda Zauner (Porsche 911) will be looking to consolidate their championship lead with another win in Belgium, where they took top honours in 2018. A total of 12 cars are entered in Category 3, with Finland’s Pentti Veikkanen and Timo Jaakkola (Porsche 911) hoping to close the seven point advantage that Wagner and Zauner currently enjoy in the championship.

Finland’s Klaus Wilkman and Hanna Valonen, who currently in 3rd place on 31 points, will once again be competing in the distinctive Triumph TR8. Finnish duo Esa Peltonen and Jyrki Saarto return to the championship in their Toyota Starlet 1.3 and Italian driver ‘Zippo’ will be hoping for better luck in round 4 after technical issues cost the Audi Quattro a lot of championship points in the Czech Republic and in Spain.

Category 2: Reigning Champion Returns to Challenge for Victory in Belgium
With championship leader Paolo Pasutti electing to miss the Ypres Historic Rally, all eyes will be on the chasing pack led by current class champions Laszlo Mekler and Edit Mekler-Miko. The Hungarians are just one point behind in their bright red Alfa Romeo GTam after they decided not to enter Round Three in Spain.

Local interest will be focused on the Porsche 911 RSR of Carlo Mylle, the Belgian driver currently lying in fourth, nine points behind Pasutti and eight behind Mekler’s Alfa Romeo.  Mylle will be joined by fellow Belgian Steven Vyncke in the no228 Porsche for the Ypres event.

Anders and Ingrid Johnsen will be hoping to get their championship back on track.  The Swedes took the class win in Round One but were unable to compete in the Czech Republic and then had to retire while leading the class in Asturias last month.  Look out for the no208 Porsche 911 RSR out on the stages.

Category 1: Quality Entry Promises Action and Drama in Belgium
With just five entries received for Category 1, this is the smallest class on the Ypres Historic Rally. However so far this year Category 1 has been closest fought class on the first three rallies of the 2019 FIA European Historic Sporting Rally Championship.

Current championship leaders Ernie and Karen Garham will be out on the Belgian roads in the white and black Ford Escort Twin Cam.  The British couple currently have a two point advantage over the Porsche 911 S of reigning champions Antonio Parisi and Giuseppe D’Angelo.

Germany’s Heiko Dlugos and Tim Rauber are currently in third place, just 4 points behind the Grahams in the orange Ford Escort Twin Cam.  The class entry is completed by a pair of BMW 2002 Tis.  The first for Italian crew Carlo Fiorito and Roberto Barbero and the second for Finland’s Elias Kivitila and Timo Tuominen.