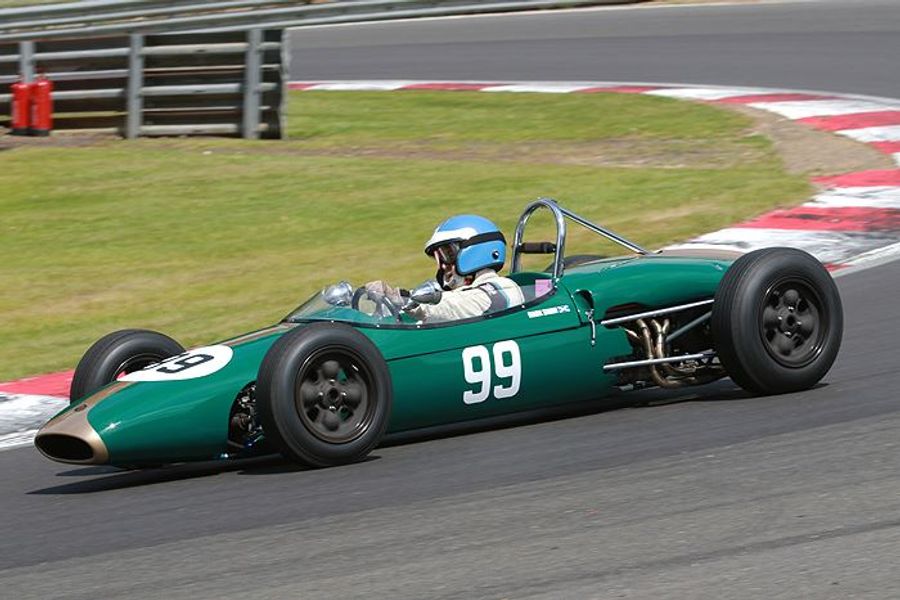 Six landmark racing cars from the Formula Junior category will feature on the Historic Sports Car Club’s historic racing display at Autosport International at the Birmingham NEC (11th-14th January). The Formula Junior category is the best-supported class in historic racing and celebrates its 60th birthday in 2018, and the HSCC stand will showcase six of the period single-seaters, one from each year of the category and each a pivotal design in the development of Formula Junior.
The earliest car on display will be the 1958 front-engined Stanguellini of Tom de Gres, representing the marque that won the first Formula Junior race at Monza in April 1958.
A front-engined Lola Mk2, raced in period by the Fitzwilliam team and now owned by Simon Hewes, will represent 1959, while Classic Team Lotus will show a 1960 Lotus 18. Colin Chapman’s classic design was one of the first rear-engined Formula Juniors and marked the beginning of the Lotus force in the class, with Jim Clark among the future stars to race an 18 in period.
The Cooper T56 of Jeremy Deeley represents 1961 and was one of the first low-line designs, while the advanced Gemini MkIV of Jan Goeckmann is one of only six such cars. The 1962 Gemini used disc brakes all round and was the model that pushed future F1 racer, and Formula Junior Diamond Jubilee Patron, Howden Ganley into the spotlight.
Finally, representing the category’s final season in 1963 is the ex-Denny Hulme Brabham BT6 now owned and raced by Mark Shaw. The Brabham was effectively a scaled-down Grand Prix car and went head-to-head that season with the monocoque construction Lotus 27.
Period Formula Junior racers hoping to be at the NEC for an informal gathering on Friday afternoon (January 12th) include Richard Attwood, Hugh Dibley, Bill Bradley, Peter Procter, Chris Ashmore and Roger Nathan. Category constructors will be represented by Clive Chapman (Lotus) and Richard Utley (Caravelle). Also due to be at the NEC is Göttsche Bebert Federico, the grandson of the man who first conceived Formula Junior, Count Jonny Lurani.
Duncan Rabagliati of the Formula Junior Historic Racing Association said: “With 150 marques in the history books, and 1000 surviving cars world-wide, none of them continuation or replicas, 2018 celebrates not only 60 years of Formula Junior, but also 25 years of both FJHRA and of the joint HSCC/FJHRA  Championship. Add to this an exciting and varied FIA Lurani Championship, the Goodwood Revival, and the third year of the Diamond Jubilee World Tour, with