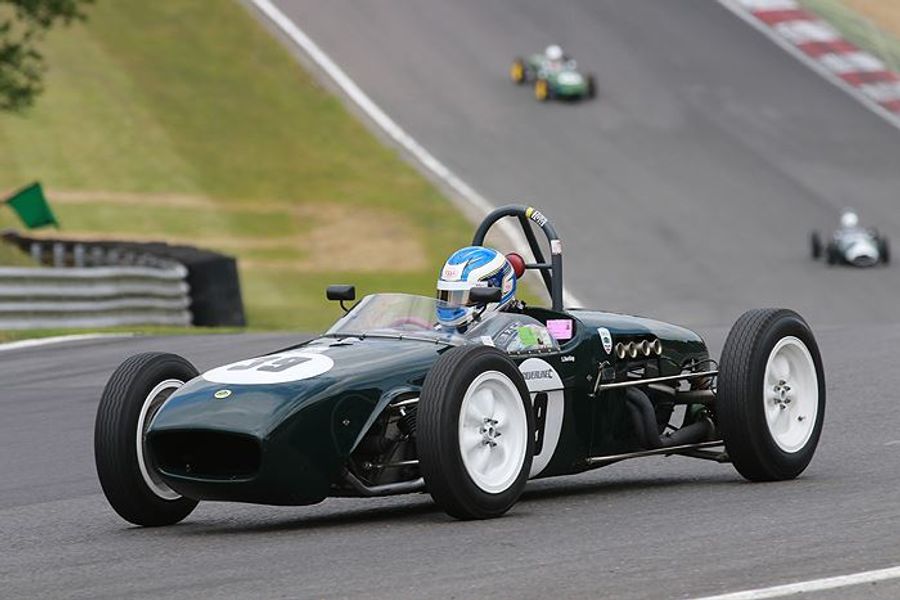 The Historic Sports Car Club will feature Formula Junior on its central historic racing display at Autosport International at the Birmingham NEC (11th-14th January). The Formula Junior category, which is the best-supported class in historic racing, celebrates its 60th birthday in 2018 and the HSCC stand will showcase six of the period single-seaters, one from each year of the category. With a new prime location within Autosport International, the HSCC stand will be a major draw for up to 80,000 visitors.
Formula Junior, first conceived by Count Johnny Lurani in Italy, was an international race category for six seasons from 1958 to 1963 and helped many future racing stars make their mark in the sport. The category spanned the period when race car design switched from front to rear-engined and the cars on display at the NEC will show how much race car design advanced in just six years.
Nowadays, the category is managed by the Formula Junior Historic Racing Association, which has close links with the HSCC. Formula Junior is the world’s best-supported historic category with racing on five continents and over 300 active cars. It is for racing cars up to 1100cc, using production-based engines. Each and every car on the grid is original and an amazing variety of chassis makes it an incredibly diverse category. The leading designs are from Lotus, Brabham and Lola, but up to 150 marques built Formula Juniors in period.
The 2018 season is a particularly special year for Formula Junior as the category’s 60th year is also the final season of an unrivalled three-year Diamond Jubilee World Tour. The Tour, which has already visited Australia and New Zealand, South Africa and North America, will finally conclude at the Silverstone Classic in July.
Grahame White, CEO of the HSCC, said: “Formula Junior is a global success story in historic racing and we are delighted to be able to showcase it on our major display at Autosport International. I think visitors will love seeing a selection of these fantastic racing cars of the late 1950s and early 1960s.”
Duncan Rabagliati of the FJHRA said: “2018 is also the 25th anniversary of the Formula Junior Historic Racing Association and the race at Mallory Park in 1993 when FJHRA and HSCC first came together to save the Historic Formula Junior race series. It is truly fitting that we should both be celebrating the success of this great little Formula, 25 years later.”