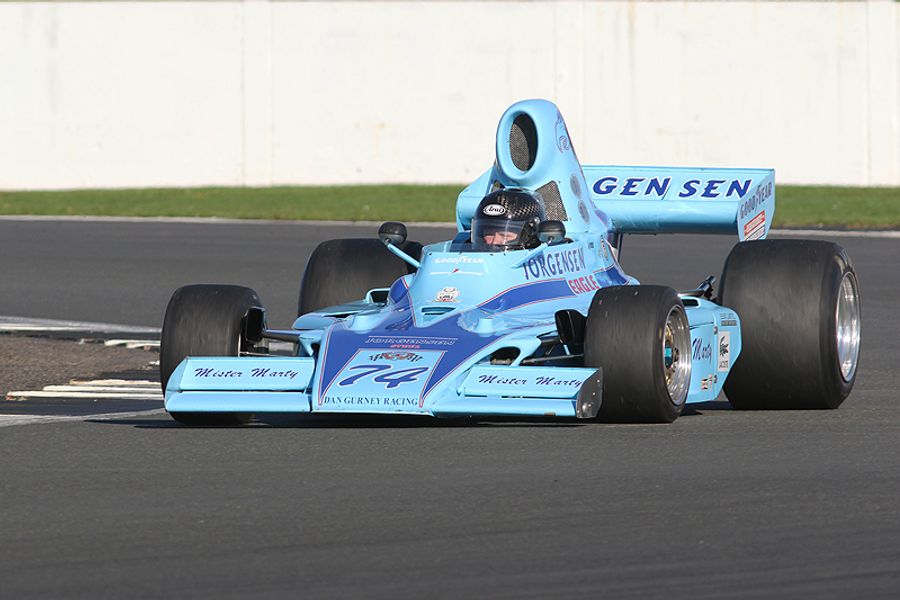 The Historic Sports Car Club will celebrate 50 years of Formula 5000 in a spectacular display at Autosport International, which starts later this week at the National Exhibition Centre (NEC) Birmingham this week (January 10th-13th).

The Club will mark the 50th anniversary of the UK debut of the spectacular category with a showcase six-car display of the mighty five-litre single-seaters. Cars from Lola, Surtees, Gurney and Hepworth will be on show, many as now raced with the HSCC.

A number of drivers from the period are expected be at the show on Friday afternoon for an informal gathering. Drivers of the standing of Tony Trimmer, Mike Wilds and Mike Walker all have Formula 5000 firmly inscribed on their career records. All three are still active racers and Trimmer has raced Formula 5000s with Frank Lyons in recent times.

Wilds has fond memories of the category: “Putting your foot down in an F5000 and driving it in anger was sensational. They were a man’s motor car. The cars were very, very heavy with the iron block engine and there was quite a lot of weight management and they were a lot different to an F1 car.”

Less often seen around race paddocks these days are Damien Magee and Teddy Pilette, but both are due to be on hand at the NEC. Belfast-born Magee raced F5000 in 1974 on his way to a brief spell in F1, while Belgian racer Pilette won the 1973 and 1975 European titles for the standard-setting VDS team.

The 1969 ex-Horst Kroll Lola T142, now raced by Adam Simmonds, and the one-off four-wheel-drive Hepworth will represent the early cars: both were on the grid for the first Formula 5000 race at Oulton Park on 4 April 1969. Meanwhile, the 1975 Lola T400, now raced successfully by Michael Lyons, is one of the ultimate F5000 designs.

Based on the American Formula A category, Formula 5000 was introduced to the UK by John Webb from Brands Hatch. At its peak in the early 1970s, Formula 5000 was active in America, Canada, New Zealand, Australia and Europe and rivalled Formula 1 cars for speed. The F5000 cars joined the grid for the traditional early season non-championship F1 races like the Silverstone International Trophy and the Brands Hatch Race of Champions. Notable F5000 racers included Peter Gethin, Mike Hailwood, Mario Andretti, Rene Arnoux, Patrick Tambay, Alan Jones and Derek Bell.