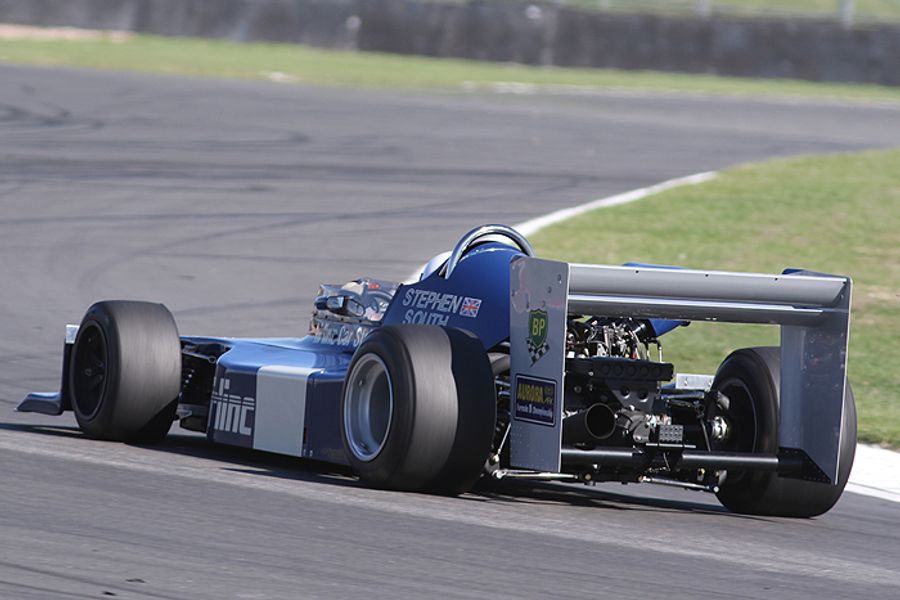 Ben Mitchell and Robert Simac were the big winners as the Historic Sports Car Club’s Historic Formula 2 FIA International Series finished its 2018 season in style with two fine races from a 26-car field at Dijon-Prenois in France (13th/14th October).

The high-profile Dijon Motors Cup featured rounds nine and 10 of the season and there was a stunning double victory for Mitchell as he gave the ex-Stephen South March 782 its first races in more than 30 years. Fresh from restoration by the Retro Track and Air team, the March performed faultlessly and Mitchell drive it to a famous double win on his 2-litre F2 debut.

In the opening race, Matthew Watts (March 772) shadowed the winner home to make it a one-two for the Retro team, with Chris Lillingston-Price third in his Chevron B40. With Watts posting a mid-race retirement in the second race, Lillingston-Price moved up to second and was joined on the overall podium by Martin Stretton (1600cc March 712) upon his return to the series. Stretton also swept to a brace of class wins.

While Mitchell won twice, Robert Simac (ex-Jean-Pierre Jaussaud March 712M) secured the Jochen Rindt Trophy for the 1600cc Formula 2 cars and ended the season as overall top scorer in Historic F2 for the sixth time in a row. It is a remarkable record for the popular Frenchman who does most of the preparation work on his car and runs it at race weekends with support from his wife.

Despite non-starting in France, Paul Tonkin (ex-Wheatcroft Racing Chevron B29) was confirmed as the winner of the Vern Schuppan Trophy for the earlier Formula Atlantic cars after a tremendous first season at this level. Mike Bletsoe-Brown clinched the hotly-contested Bruno Giacomelli Trophy for the later 2-litre F2 cars in his Chevron B27, while the other category winners were Matthew Wrigley (March 79B) in the Gilles Villeneuve Trophy for later Formula Atlantic cars and Stephen Weller (Elfin 600B) in the Jim Clark Trophy for non-wing F2 cars.

With an impressive total of 50 drivers scoring points across races at Hockenheim, Brands Hatch GP, Silverstone GP, Zandvoort and Dijon, it has been a superb season for Historic F2 under the wing of the Historic Sports Car Club.