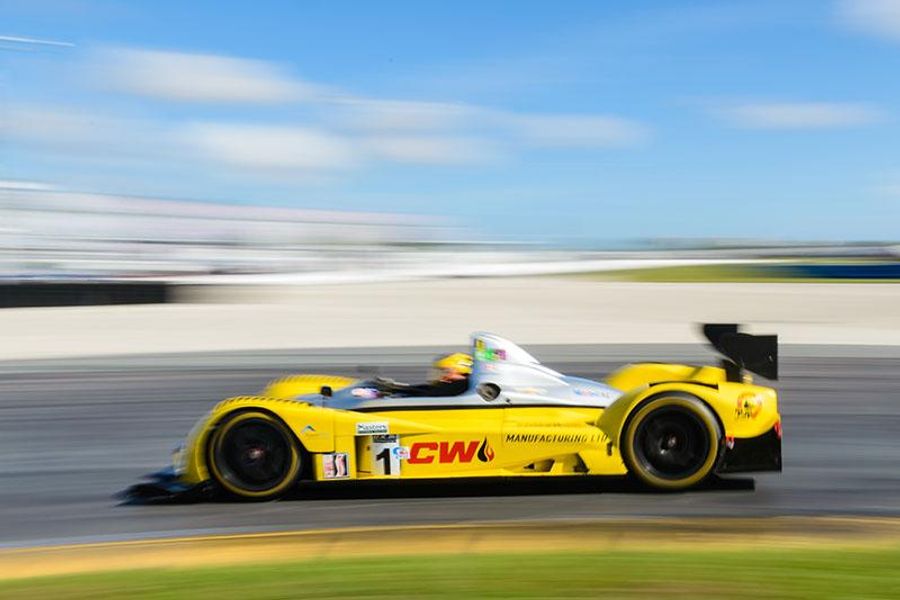 In advance of this year's fifth running of the Historic Sportscar Racing (HSR) Classic Daytona presented by IMSA, HSR officials announced yesterday a change and expansion of the Run Group structure for the Classic 24 Hour race that returns to Daytona International Speedway, November 13 - 17.

The major move is the division of Group E into two distinct classes each featuring modern but retired prototypes and GT race cars from this century. Run Group E remains a showcase of such iconic machines as the Audi R8, Pescarolo Judd, Peugeot 908 and Lola B07 LMP race cars that now compete in the group with Daytona Prototype International (DPi), LMP2 race cars and others just past their prime.

The Group E split paves the way for Oreca FLM09 Le Mans Prototype Challenge (LMPC) "PC" cars and Gen 2 and Gen 3 Daytona Prototypes to compete for overall honors in a move to a completely restructured Run Group F. Still current in their appeal but no longer eligible in contemporary racing series, the ‘DP’ and ‘PC’ cars will compete in Group F against retired LMP2 cars of the same era. 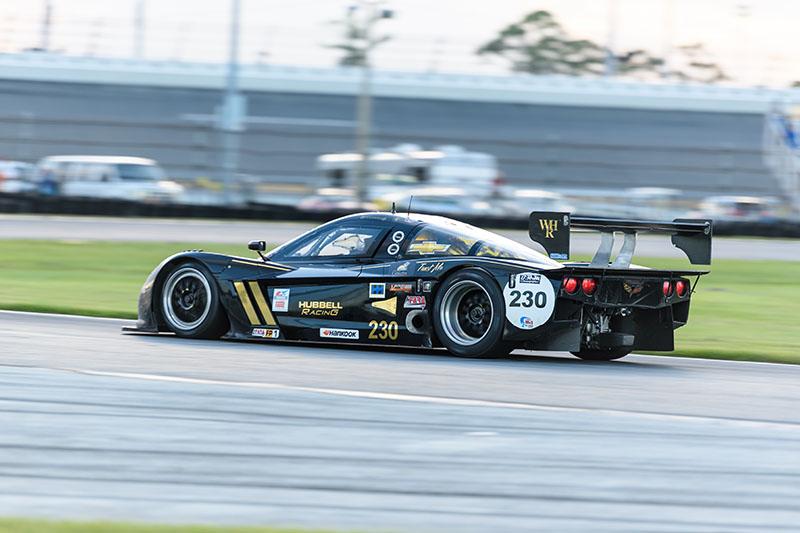 "Daytona Prototypes and LMPC cars have become quite popular with HSR competitors in recent years," HSR President David Hinton said. "Both have been competitive but are a little outmatched against the LMP machines that have set the standard in Group E since the inaugural HSR Classic Daytona in 2014. Moving 'DP' and 'PC' to Group F, where they will be able to contend for the overall victory, has been a popular decision with our competitors and brings back a familiar scene for race fans that watched both classes compete at Daytona in their prime just a few years ago."

Eligible GT cars in Group E include the Ferrari 458, Porsche 991, Viper GTS-R and GT3 and similar top-end GT sports cars. Production-based GT cars in Group F will see slightly older and less powerful FIA, IMSA and GRAND-AM GT1, GT2, GS, GT3, GT4 and World Challenge and ‘Cup’ and ‘Challenge’ race cars all eligible to get in on the action.

Group F was formerly home to competitors in HSR classes with race cars not represented in the other six other groups. Rechristened Run Group G, the category offers a variety of primarily production-based cars that includes many of the same teams and race cars that compete in HSR's Vintage GT and Historic GT groups and HSR Classic RS Cup and HSR Global GT series.

Run Groups A through D continue with no major technical or race car eligibility changes from previous years, but a competition format change will see Groups C and D compete simultaneously for the first time in the 2019 HSR Classic Daytona. Competitors will share the track but separate Group C and D victory lane podiums and awards for both groups will be presented at the conclusion of the HSR Classic Daytona on Sunday.

Doubling up Groups C and D ensures the traditional format of the HSR Classic Daytona will literally continue like clockwork again this year. Including the combined Group C and D sessions, each HSR Classic Daytona Run Group takes to the track four times throughout the 24 hours. The competitors in each group covering the most total distance in the shortest amount of time in their four sessions will be crowned Classic Daytona presented by IMSA champions. 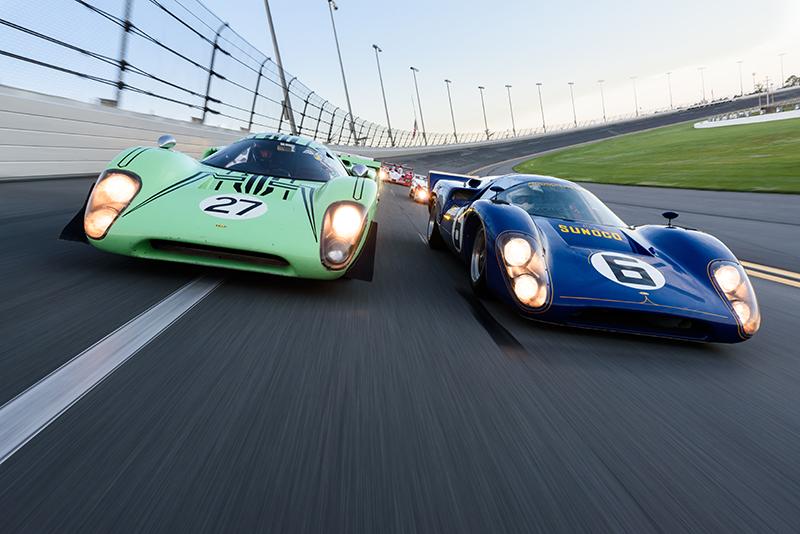 Group A - 1962 - 1972: The oldest and perhaps most memory-stirring division, Group A features legendary and early FIA-era prototype and GT machines that raced in international and world championship competition. The group has attracted race cars such as the McLaren M1b, Lola T70 and T165, Ford GT40, AC Cobra, Shelby GT350 and similar icons of the past. Other production-based GT race cars are part of the group with several early Corvettes, Jaguars and Porsches mixing it up in the past with the Cobras and Shelby GT350s.

Group B - 1973 - 1982: Evoking the same emotion and memories of Group A with a little more turbocharged power and wide-body aerodynamics, Group B has attracted in recent years Greenwood Corvettes, Porsche 935s and other Porsche 911-based models, BMW CSLs and more. Group B is also home to several ultra-quick and classic sports prototypes like the Chevron B26 and B23/36, Lola T294 and March 75 S open-cockpit race cars.

Group C - 1983 - 1993: The prime of the GTP and Group C era is at the heart of this division that always draws a strong entry. Fixtures in the past have been Porsche 962s, the Jaguar XJR-5 and XJR-7, British-built Spice GTP, March 83G, Nissan 300 ZXT GTP and several GTP ‘Camel Lights’ race cars. Another key part of Group C is production-based GTO, GTU, GT1, GT2 and World Challenge race cars from that ultra-competitive period. For the first time in 2019, Group C will share the track with Group D competitors.

Group D - 1994 - 2003: Historic but familiar, eligible race cars in Group D include the Riley & Scott Mk III, Lola B2K/40 and B98/10 and a string of Porsche 911-based GT machines - including 993, 964 and 996 models - that typically battle with big-bore Camaros, Corvettes and Oldsmobile Aurora GTS race cars. Group D is also home to early LMP and SRP-I and SRP-II prototypes, first generation "Gen 1" Daytona Prototypes and a variety of period-correct World Challenge and ‘Cup’ and ‘Challenge’race cars from the era. For the first time in 2019, Group D will share the track with Group C competitors. 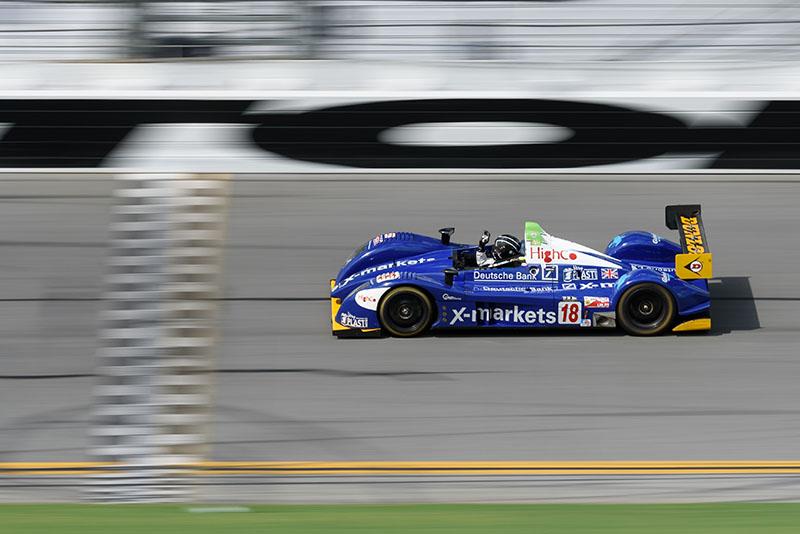 Group E - 2000 - 2018: This well-supported group lets premier ALMS and Le Mans prototypes not eligible to race at Daytona in their prime a chance to take to the 3.56-mile high-banked road course. Audi R8, Pescarolo Judd, Peugeot 908 and Lola B07/18 LMP race cars and more now compete in this group with recently retired Daytona Prototype International (DPi) and LMP2 machines and other "current" race cars just past their prime. Also eligible is a large list of production-based FIA and IMSA GT1, GTLM, GTD, DTM and more recent GT2, GT3 and ‘Cup’ and ‘Challenge’ cars. Past entries have included the Viper GT3-R, Audi R8 LMS, Corvette and Ferrari F430 and 458 models and always strong showings of Porsche GT3 Cup cars.

Group F - 2000 - 2018: Group F has been revamped to showcase modern Prototype and GT race cars a few years removed from some of their Group E counterparts but just as attention-grabbing on the DIS high banks. The division is now home to the popular Oreca FLM09 Le Mans Prototype Challenge (LMPC) ‘PC’ cars and Gen 2 and Gen 3 Daytona Prototypes no longer eligible for current IMSA competition. Both will classes will compete against recently retired LMP2 cars of the same era. The Group F production-based classes stay true to the generation of the group, with FIA, IMSA and GRAND-AM GT1, GT2, GS, GT3, GT4 and World Challenge and ‘Cup’ and ‘Challenge’ race cars from earlier in this century all welcome to compete.

Group G - HSR Cars: Formerly competing as Group F, the new Group G division is home to HSR classes not represented in the other six other groups. The Group G division also lets competitors with race cars never eligible to compete at Daytona a chance to build a little history of their own on the legendary road course. Offering a mix of from six different decades of competition, this group includes many of the same teams and race cars that compete in HSR's Vintage GT and Historic GT groups and HSR Classic RS Cup and HSR Global GT series.

The HSR Classic Daytona debuted in 2014 at the ‘World Center of Racing’ and the immediate success of the inaugural event called for a second running in 2015. After a year off, the 24-Hour Classic Race on the 3.56-mile DIS road course returned in 2017 and is now annual fixture on the HSR calendar.

A competitor test day on Wednesday, November 13, kicks off the 2019 HSR Classic at Daytona presented by IMSA. The full-day test sets the stage for the following four days of official competition that culminates with the classic 24-hour race from Saturday, November 16, at 2 p.m. EST straight through to the final checkered flag 24 hours later on Sunday, November 17.

Lola will be the featured marque at the HSR Classic Daytona presented by IMSA 50 years after Mark Donohue and Chuck Parsons co-drove the No. 6 Chevrolet-powered Sunoco Team Penske Lola T70 to the overall victory in the 1969 Rolex 24 At Daytona. 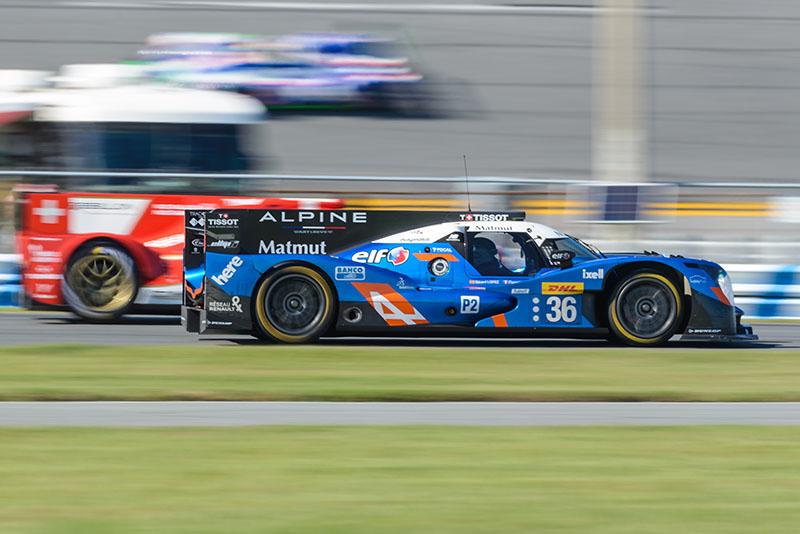