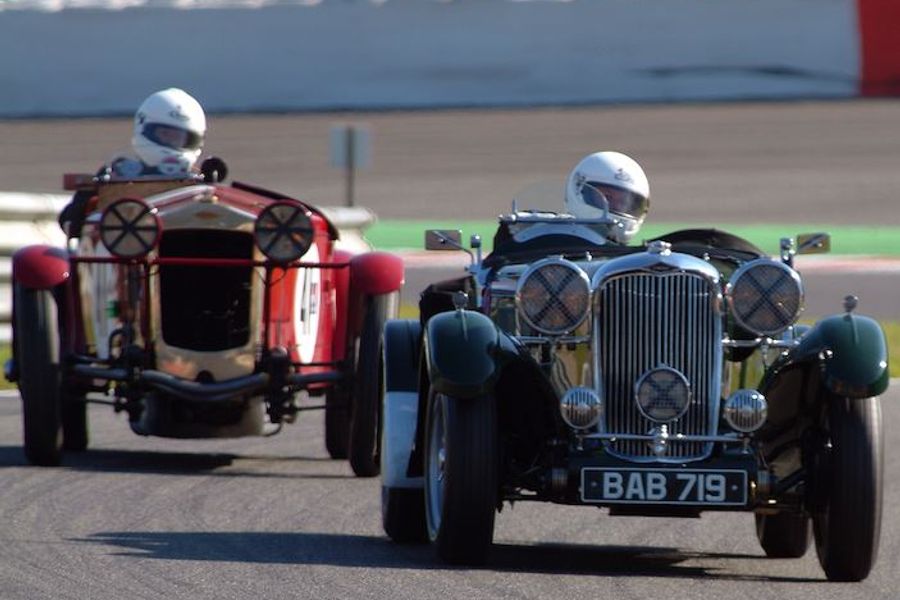 On Friday 14th September at Spa Francorchamps, as part of this year’s popular Spa Six Hour event, the autumnal air will come alive with the sights and sounds of a magnificent grid of Pre-War sports cars for a 40 minute pit stop race.

Race organisers Motor Racing Legends run a series of races for Pre-War Sports Cars throughout the season and races are open to all sports cars built before 1941. Cars must be close to the original production specification; in ‘road-going’ trim with wings and lights fitted and using ordinary pump fuel.

As an exception for the race at Spa in September, there will be a special invitation class for modified racing ‘Specials’ which are not usually eligible to enter. These cars will be able to run stripped of wings and lights and with other modifications.

Among the ‘Specials’ already signed up to this race is the enormous 3/8 Bentley Special of Tim Llewellyn and the Parker GN of Justin Maeers powered by a 6.2-litre Gypsy Moth aero engine - both stars of Goodwood’s Bolster Cup race at the 76th Members Meeting earlier this year.

Included in the main Pre-War grid of competitors you can expect a dozen or so Bentleys, ranging from 1923 to 1929 including the 3/412 of seasoned Bentley racer Clive Morley. Other marques include the 1935 Aston Martin Ulster piloted by LMP driver Richard Bradley. Chris Lunn has entered his 3-litre ex-works Talbot 105 Team Car and Martin Halusa brings his magnificent Alfa Romeo 8C 2300 Zagato.

Motor Racing Legends Chairman Duncan Wiltshire commented, “We have long been campaigning for the Pre-War cars to return to this amazing circuit. It has been nine years since we last ran these cars here and I am very much looking forward to being part of the race.”

To make it all possible, Roadbook – the Spa Six Hours Organisers – have been given special dispensation by the RAC de Belge to run this race on the Friday afternoon, with qualifying in the morning.

Duncan continued “This exceptional timing should allow anyone running in the other support races or the main Spa Six Hour event to be able to concentrate on their races throughout the weekend, and of course it means anyone wishing to come over just for the Pre-War race can do so without the need for staying on for the whole weekend unless they want to.”

Competitors who have a Pre-War racing Special and who are interested in receiving an invitation to race at Spa should contact the organisers at: Lindsey@motorracinglegends.om