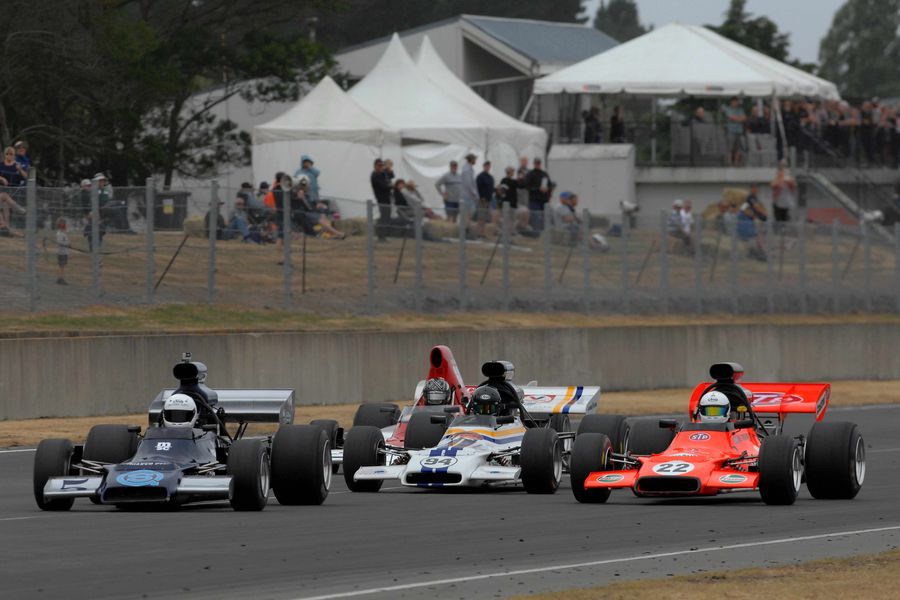 Though he was competing in his first round of the popular New Zealand-based historic stock-block V8 wings-and-slicks single seater category race in almost a year, the Dunedin ace looked like he had never been away.

While 23-year-old local driver Michael Collins (McRae GM1) was quicker by over a half  a second in qualifying in the morning, Ross got the better of the rolling start and frantic first lap to grab a lead which he then stoutly defended until the chequered flag came out.

Both Michael Collins, who won all three races at the opening series round at Circuit Chris Amon Manfeild in November last year, and visiting UK driver Michal Lyons (Lola T400) who did the same at the second round at Taupo’s Bruce McLaren Motorsport Park late last month, got close; but neither could find a way past the determined Ross.

“I was just sitting there thinking, keep it straight, don’t do anything silly,” said a relieved Ross afterwards,

Behind Ross, Collins – who had the consolation of setting the fastest race lap – and Lyons came Aucklander Grant Martin (Talon MR1A) then  the Lola T332s of Kevin Ingram, Brett Willis and Australian driver Paul Zazryn.

Both LeRoy Stevenson (driving fellow Queenstown resident Alistair Hay’s ex Graham McRae’s Leda LT27) and expat Kiwi Warren Briggs (Stu Lush Lola T332) qualified higher (Stevenson third and Briggs sixth) but both spun and though each was able to continue it was further down the field. 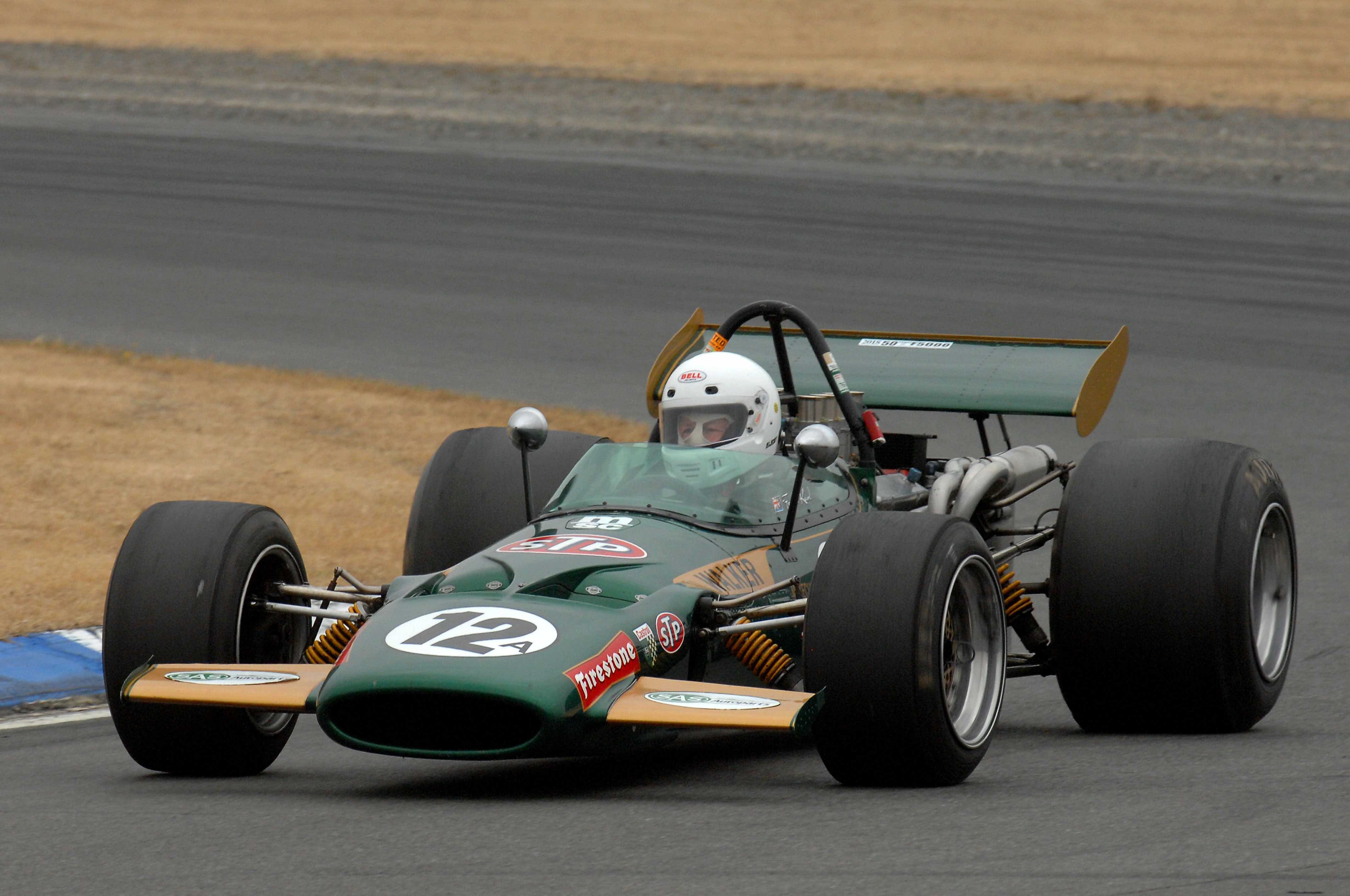 McLaren M10B driver Frank Karl, meanwhile, was unchallenged on his way to 15th place and first Class A (for earlier model cars) entrant home after usual rival Tony Roberts was a late scratching thanks to an engine mount issue discovered after this morning’s qualifying session.

The SAS Autoparts MSC F5000s will be on track again tomorrow (Sunday Feb 02) for two more races – a second 8-lappper in the morning and a final 12-lap feature in the afternoon. 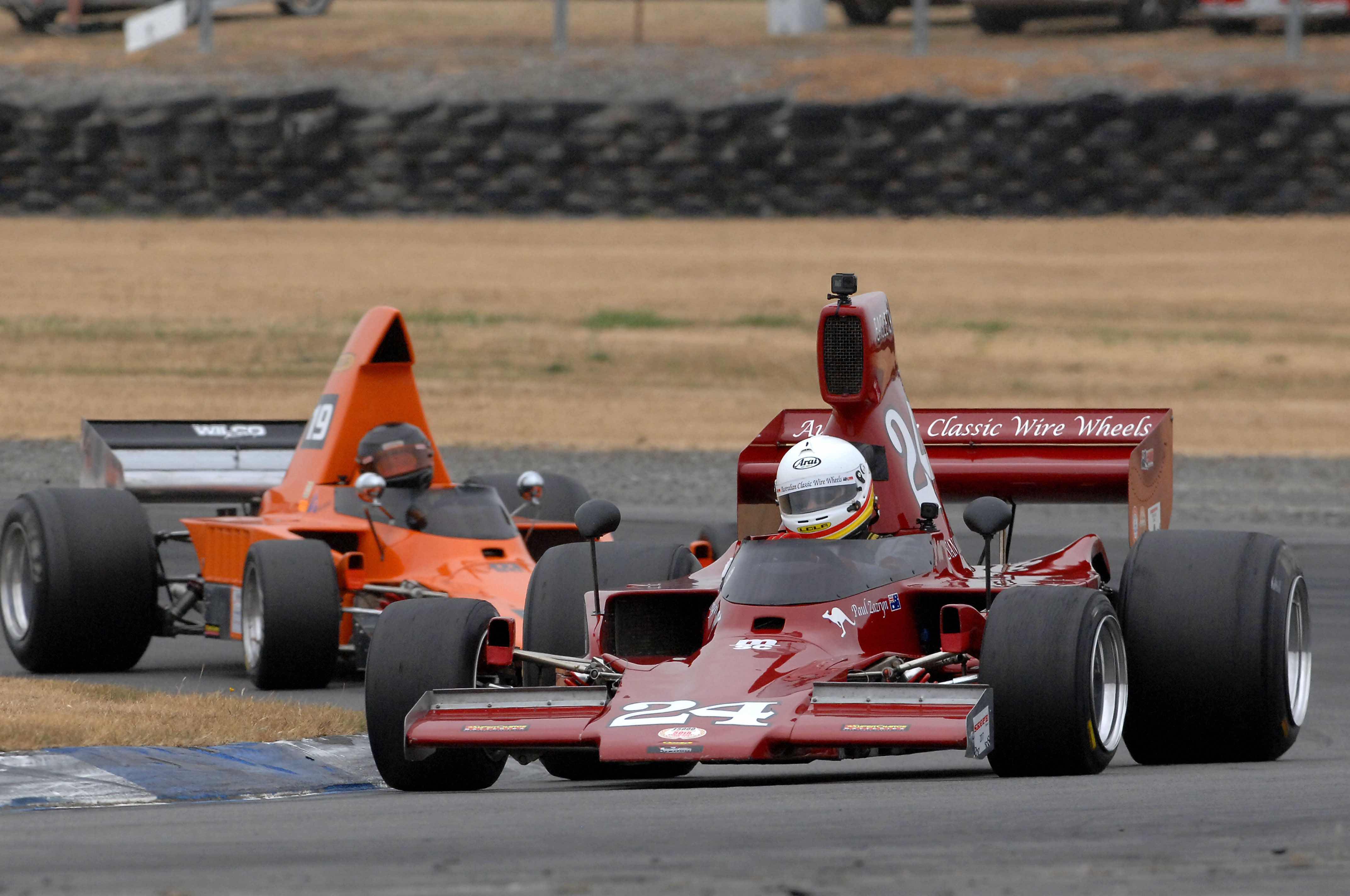