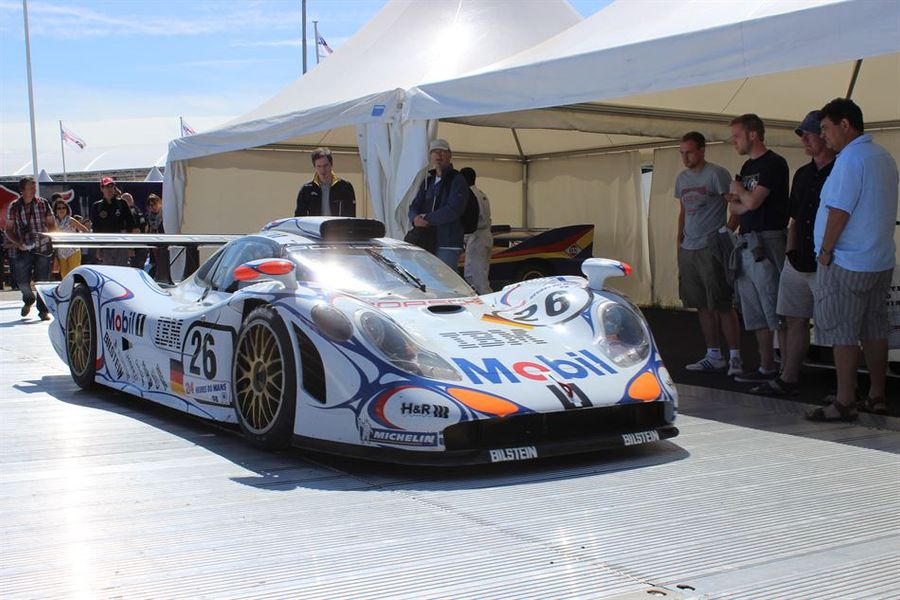 Goodwood is honouring one of the world’s most iconic sports car manufacturers - Porsche - with the main Central Feature at the 2018 Festival of Speed from 12th-15th July.

In a celebration of the 70th anniversary of the production of the first car to bear the famous German name in 1948, many examples of the marques road and race cars from throughout the seven decades will be on show and participate in demonstration runs up the famous Goodwood Hill climb course. In many cases, Porsche motor sport personalities from the past and present will be behind the wheel.

Some of the race cars taking to the hill are:

1962 804 – in July 1962, Dan Gurney won the French GP in this car. Weighing 461 kg, this characteristically lightweight single-seater with a 185 hp flat-eight engine was the only Formula One race car developed and built entirely by Porsche.

1974 911 Carrera RSR Turbo – the 500 hp RSR was the first 911 with turbocharger technology, and led to the development of the 911 Turbo road car. This car finished in a remarkable second place at Le Mans in 1974. Driver Gijs van Lennep (NL) will be reunited with the car at Goodwood.

1978 935/78 ‘Moby Dick’ – the first Porsche race car with water-cooled cylinder heads, this 845 hp development of the 911-based 935 race car only raced twice, at Silverstone and Le Mans, but its distinctive aerodynamic design (and resulting moniker) has ensured it has been a fan favourite ever since.

1984 911 SC ‘Paris Dakar’ – the 1984 Paris-Dakar Rally followed a gruelling route through Ivory Coast, Guinea, Sierra Leone and Mauritania. A test bed for future road and race car technology, the 911 SC went on to win its class.

1986 961 – the only permanent all-wheel drive Porsche to ever start at Le Mans, the 961 was derived from the 959. Intended as an intense test for the twin-turbo engine with water-cooled four-valve cylinder heads, the car won its class in the 24 Hour race.

1987 962 – between 1982 and 1994, Porsche sports cars of the 956/962 type win Le Mans seven times and becomes a motorsport legend in its own right. This chassis was raced to victory in Le Mans in 1987, and Derek Bell (GB), who took the win that year with Hans Stuck and Al Holbert, will be united with the car once again at Goodwood.

1988 2708 Indycar – the first single seat Porsche since the 804 of 1962, the 2708 was built for the US CART Championship, including the Indianapolis 500. Powered by a 2.65 litre V8, turbocharged engine developing 750 hp, this American Porsche adventure tasted success with Teo Fabi at Mid-Ohio in 1989, but at the end of the 1990 season the company withdrew from the CART series.

1994 Dauer 962 GT Le Mans – Porsche entered the new GT1 class at Le Mans with the road-approved ‘Dauer 962’. Built by Porsche, the car entered the 24 Hours race with the Joest Team and went on to win the race outright.

2000 LMP 2000 – the first time shown in public, the LMP 2000 was the successor to the GT1 ’98 and paired a carbon fibre chassis design with a V10 engine. Regulation changes saw the programme cancelled, but the technology continued in the form of the Carrera GT road car.

2007 RS Spyder – winning its first race at the end of 2005, over the following three years the open-top sports car won all four championship titles for driver, team, chassis and engine rankings for its class in the American Le Mans Series. And the normally-aspirated V8 engine enjoyed further renown as the basis for that used in the 918 Spyder Hybrid super sports car.

Marking the 70th anniversary of Porsche sports cars at Goodwood is hugely appropriate on the 25th anniversary of the Festival of Speed. To date, the legendary marque has featured at every single Goodwood Festival, from the first event in 1993 – when an unexpectedly high figure of 27,500 enthusiasts turned up – to the near 200,000 visitors that attended the  celebration of car culture last year.

Whether in action in road or race form on the testing 1.16 mile Goodwood Hill, sliding sideways around the gravel Forest Rally Stage, sitting serenely on the Cartier Style et Luxe Concours Lawn, or as part of the regular demonstration and displays, Porsche has played a key role in helping put the Festival of Speed on the map over the past quarter century.